Mr. Rieders is a partner in the Williamsport law firm of Rieders, Travis, Humphrey, Waters & Dohrmann.  He graduated in 1970 with a Bachelor of Arts, Cum Laude, Phi Beta Kappa, Coat of Arms Society and Academic Scholarships from New York University and received his Juris Doctor from Georgetown University in 1973.  In Washington D. C. he worked for the Maritime Administration, U.S. Dept. of Commerce and for defense counsel Henry Rothblatt in the celebrated Watergate case.  He served as a law clerk to the Honorable Malcolm Muir, United States District Court, Middle District of Pennsylvania.  His areas of expertise include medical malpractice, personal injury actions, constitutional law and civil rights issues, commercial cases, class actions, complex litigation, and federal law issues.  Current involvements include serving as Past President of the Pennsylvania Trial Lawyers Association now called the Pennsylvania Association for Justice; Pennsylvania Bar Association, Past-Chair of the Amicus Curiae Committee, current member of the Political Action Committee and Chairperson of the Pennsylvania Bar Association Health Care Law Committee; Association of Trial Lawyers of America, now called American Association for Justice; Federal Bar Association, Past President of the Central Pennsylvania Chapter; American Law Institute, Consultative Group on Products Liability Restatement of Torts Third, Products Liability, General Torts and Apportionment of Liability projects; Emotional Distress and others.  Mr. Rieders is a member of the Pennsylvania Supreme Court Standard Civil Jury Instruction Committee, and The Civil Justice Foundation, Founding Sponsor.  He was the first President of Citizens for Consumer Justice, and is currently one of the original members of the Pennsylvania’s Patient Safety Authority, created by revisions to the Mcare Act in 2002.  He has written numerous articles for The Barrister, Trial magazine, and other publications since 1975.  He is a frequent op-ed writer.  Mr. Rieders was the 1989 recipient of the Milton D. Rosenberg annual award, and the recipient of the 2006 George F. Douglas, Jr., Amicus Curiae Award for outstanding appellate advocacy as amicus curiae counsel both awarded by the Pennsylvania Association for Justice.  He has received the organization’s Justice Service Award.  He is the author of Pennsylvania Medical Malpractice; Workers’ Rights in Pennsylvania; Financial Responsibility Law Issues; Bad Faith in Pennsylvania; Legal Malpractice Claims in Pennsylvania; and Attorney’s Fees, Statutes and Laws.  Mr. Rieders is admitted to the United States Supreme Court, United States Court of Appeals for the Second and Third Circuits, State Courts in Pennsylvania, New York, and District of Columbia, and numerous Federal Circuit and District Courts.  Mr. Rieders is listed in the Bar Register of Preeminent Lawyers, lectures widely for the Pennsylvania Bar Institute and the Pennsylvania Association for Justice, is a yearly recipient of the Lycoming Law Association Pro Bono Award. He is Board Certified by the National Board of Trial Advocacy as a Civil Trial Advocate.  Mr. Rieders is a recipient of the B’nai B’rith Justice Award.  He has also been named to the Advisory Board of the New York University Taub Israel Studies Program. He is the recipient of Gates of Jerusalem Award Israel Bonds, 2009. 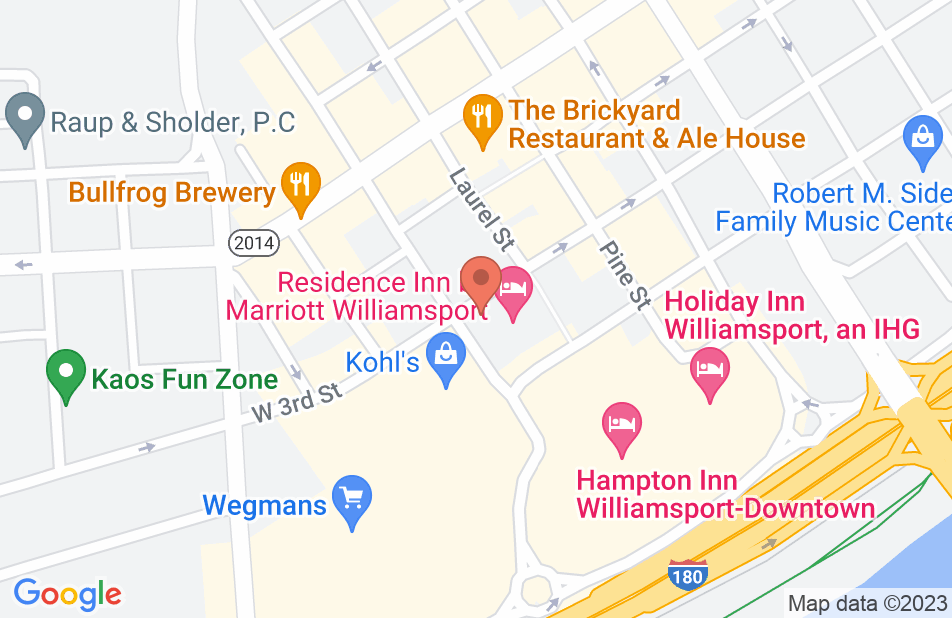 Not yet reviewed
Review Clifford Rieders