Mr. Kraus previously served as a JAG criminal prosecutor with the U.S. Army’s 4th Infantry Division. He later served as environmental litigation counsel for the Department of the Army in Washington, DC. After leaving active duty, he continued service in the Army Reserve until 2000, reaching the rank of Major.

He has extensive trial experience in a broad range of substantive legal areas. He has also conducted numerous internal investigations, including investigations for governmental organizations and publicly traded companies. In addition, Mr. Kraus has substantial experience in representing clients before both state and federal grand juries.

Mr. Kraus has taken cases to trial in a wide variety of complex matters, including health care litigation, securities matters, preliminary injunction proceedings and criminal trials in both state and federal court. Mr. Kraus handled environmental litigation and regulatory enforcement matters. In addition to his work in the courtroom, Mr. Kraus has represented clients in response to investigations by the U.S. Department of Justice, the Securities and Exchange Commission and other government agencies.

Examples of results recently achieved in such matters by Mr. Kraus include an outright dismissals of federal indictments in two separate cases, defense awards in two FINRA securities matters, defense verdicts in health care liability jury trials, and reversal of a criminal conviction on appeal to the D.C. Court of Appeals (vacating a ten year prison sentence). He has also recently obtained substantial downward departures under the U.S. Sentencing Guidelines in several federal criminal matters.

Mr. Kraus serves as an adjunct professor in Carlow University's Forensic Accounting program. He also has served as a guest lecturer in Carlow’s Fraud and Forensics Master's Degree program. This includes consultation in curriculum development and lectures on various subjects relating to criminal and civil fraud litigation.

Mr. Kraus is also active in the community. He previously served as an elected city council member for the City of Butler where he was the Director of Public Safety. He now serves as President of the Board of Directors of the Alliance for Non-Profit Resources. 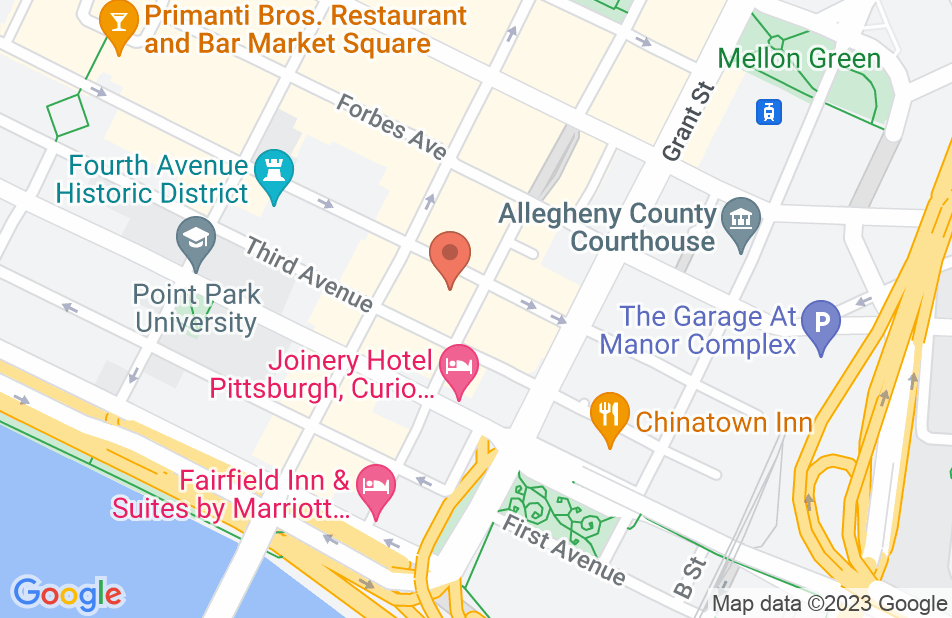 Not yet reviewed
Review James Kraus