Mr. Boyd was born and  raised in South Buffalo.

He handles catastrophic injury and wrongful death cases. He has been a personal injury attorney since 1999.

In 2009 he was appointed to the position of Trustee to the SUNY Erie Community College by New York Governor David Patterson.

As a founding Trustee of Moun St. Joseph Academy, Steve was part of the effort to save the 118 year old school from closure in 2005.  The K-8 school remains open to this day.

Prior to becoming an attorney, he  was an Emmy Award–nominated television and radio journalist.

Mr. Boyd received a Citizen Rescue Award from the City of Niagara Falls after he persuaded a distraught man not to leap off the brink of the Falls.

During his career as a Journalist, Mr. Boyd interviewed Presidents William J. Clinton and George H. W. Bush.   Mr. Boyd covered stories from the White House to the United Nations.   He travelled to Europe to cover the hostage situtation and eventual release of  former American hostage Terry Anderson who had been held for seven years.   During his television careet, Mr. Boyd appeared in a reporting role on CNN, CBS News, ABC's Good Morning America, WABC-TV New York, KABC Los Angeles and CSPAN. 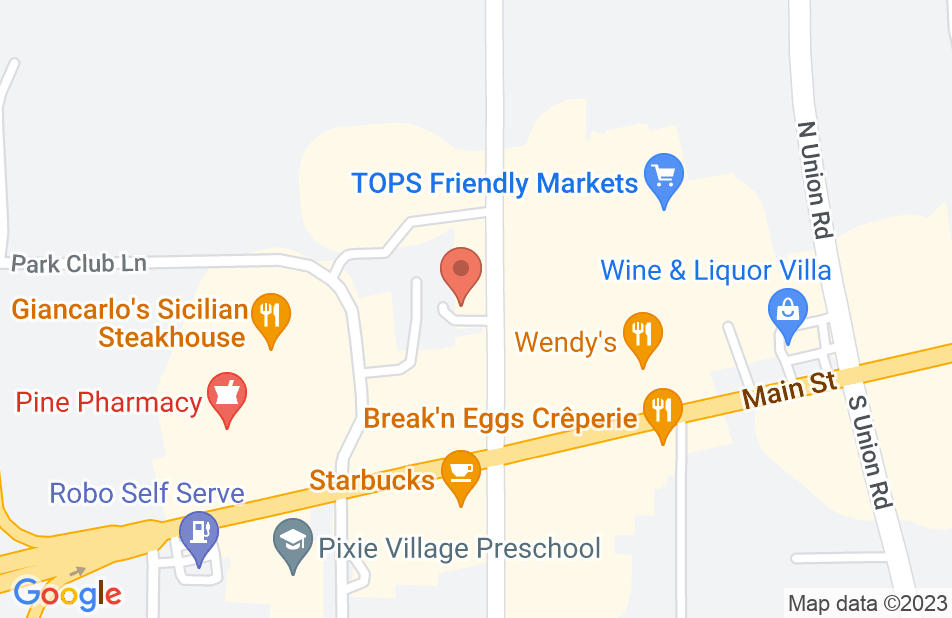 Steve and associates was easy to talk to and very helpful. Always ready and willing to answers any questions I had . Steve is highly recommended!!
This review is from a person who hired this attorney.
Hired attorney

Steve Boyd is a fantastic lawyer who really cares about his clients. He not only knows the system inside and out he is a man who is willing to listen, care and fight for his clients. His ability to communicate that to the courts and to the jury is outstanding. You can't go wrong to trust your case with Steve Boyd.
This review is from a potential client who consulted with this attorney.
Consulted attorney

Knowledgeable and easy to talk to

After being in my first ever car accident, I felt overwhelmed and uneasy about the entire process, let alone dealing with insurance companies. I quickly grew frustrated and decided to seek help from Mr. Boyd through a referral from a friend. It was important to me to have a down to earth attorney that didn’t think of me as just a number. I knew I was in the right place from the first meeting. Steve was very informative, as I had a lot of questions and he answered them all with confidence. Since that day I never looked back or once regretted my decision to have him as my lawyer. I never thought that things could be handled so seamlessly for such a (to me) complicated process. In my opinion, any professional can be nice, kind and caring in their practice. I wanted someone who not only possessed those traits but could also be pragmatic, confident, and strategic on my behalf. Steve Boyd not only met those requirements but exceeded them. He helped me through a very difficult time in my life. He always responded to me promptly via phone, email and even text message. I highly recommend him.
This review is from a person who hired this attorney.
Hired attorney

No one expects to need an attorney, but when you do, it is important to have a connection with the attorney you choose. Steve Boyd was extremely relatable and easy to work with. He always made time for us and answered even the smallest questions. His integrity and honesty was constant throughout the course of our case. We always felt completely at ease with Steve handling our case. Pleased with outcome.
This review is from a person who hired this attorney.
Hired attorney

Steve Boyd... The best personal injury advocate out there!

I have been with Steve Boyd for several years and have sent friends and family to him as well. Steve fights for your rights as an injured client like no other attorney. He fought for me and the results were exceptional. He was always available to answer my phone calls and questions. He made the process simple and easy to understand and I felt confident that my needs were fully represented. In addition Steve Boyd is also a very approachable person with a pleasant attitude and easy to work with. His staff is very competent and follows up with me immediately. I highly recommend hiring Steve Boyd as your personal injury attorney! Five Stars!
This review is from a person who hired this attorney.
Hired attorney

When I was involved and injured in a bad car accident in 2012 I was very overwhelmed and didn't know where to turn. I felt like my life was turned upside down as my injuries left me unable to work and provide for my family. When I called and spoke with Steve he met with me right away. I knew from the moment I met with him my case was in excellent hands. He was very professional, knowledgeable, honest and compassionate to my situation I was in. He definitely made me his top priority keeping me informed every step of the way. Even when I had some very down days he would get back to me in the most prompt and timely manner. He surely lifted heavy burdens by taking care of all the details so I could focus on my surgeries and concentrate on getting my life back together. I am grateful and appreciate everything Steve has done. My case was settled in my favor and now I was finally able to have closure. Thank you Steve for all your hard work and support.
This review is from a person who hired this attorney.
Hired attorney

After my motorcycle accident, the insurance company was not willing to properly compensate me for my loss. Steve Boyd fought to get me a fair settlement, I couldn't be happier with his professionalism or results.
This review is from a person who hired this attorney.
Hired attorney

I've personally relied on Steve Boyd. He's been solid and dependable in every case. I recommend him to all my patients who need a great legal team. He's handled many personal injury and no fault cases successfully for over 20 years that we've used him. He has been a great asset. I've been able to contact him with all of my concerns and questions. He understands the patient's needs. He has come to the office to see the X-rays, MRI's and the client. He's gotten the results that protect them. He has directed us to the right person when we've needed additional professional advice or services were needed. I feel comfortable referring my patients with confidence. I've referred my family members to him and he has served us all well.
This review is from a person who hired this attorney.
Hired attorney

helped when no one would! thank you thank you!!!!!!

i had fallen throuhg 3 other law firms obrien boyd helped me at the very end of my time limits only 3 days left they came through for me my case was 3 years old and neglected by a local lawyer thank you steve you got the best out come for what you had to work with.

I don't know what I would have done without Steve on my side.

I was in a pretty bad car accident in early 2009. I was injured badly and had no idea where to turn. A close friend recommended Steve Boyd and I am very happy he's my attorney. I've never considered my self to be the type who would sue somebody, but my injuries really changed my life and I had to do something. Steve moved quickly to get things rolling. In just a few weeks I was getting lost wage checks. Steve really seems to care about helping me get my life back together. The lady that hit me wasn't drunk but I like that Steve fights drunk drivers.
See all reviews

Stephen Boyd is a well-respected, tenacious advocate for his client. Known by many for superb communication and reasoning ability, his excellent trial skills and his delightful demeanor, I would have no hesitation referring my most serious cases to Steve for his handling and reprensentation.

I endorse this lawyer's work. Steve is highly regarded for his trial work particularly for the victims of drunken driving. As a former newscaster, Steve is a gifted communicator.

I personally worked with Steve at the Trial Lawyer's College in Wyoming. I also spent a great deal of time with Steve. Steve's legal acumen is second to none. More importantly, Steve's heart and desire to be the best and do the best for his clients are all second to none. I would refer my dearest friends and relatives to Steve.

I endorse this lawyer. He is one of the best pi attorneys in New York State.

Robert Friedman, DUI and DWI Attorney on May 13, 2013
Relationship: Fellow lawyer in community

I endorse this lawyer. Steve Boyd is an excellent Attorney. I have known him for most of his legal carreer. He is well respected by his peers and the judiciary. He is trustworthy and dependable.

Steve is a skilled litigator who is a passionate advocate for his clients. He is very knowledgable in the law.

Stephen Boyd is a well-respected, tenacious advocate for his client. Known by many for superb communication and reasoning ability, his excellent trial skills and his delightful demeanor, I would have no hesitation referring my most serious cases to Steve for his handling and reprensentation.

Steve is a very well-respected attorney in the legal community. I have had the pleasure of working with him on several matters, and have also seen him "at work" for his clients both inside and outside the courtroom. He puts everything he has into his cases, and his results are proof of his hard work and tenacity. In my opinion, Steve is a skilled negotiator and a hard-nosed trial practitioner. He is an outstanding lawyer, commited to his clients.

I endorse this lawyer's work. He is an outstanding attorney who is well respected in both the legal community and the community at large. You won't find a better attorney.

I endorse this lawyer's work. Steve is highly regarded for his trial work particularly for the victims of drunken driving. As a former newscaster, Steve is a gifted communicator.