Myself and my partners have over 8 decades of experience handling injury, divorce and criminal cases

After graduating from Long Island University, Frank M. Maffei received his Juris Doctor from Capital University in Columbus, Ohio, where he became a teaching assistant in the University Clinical Program. While attending Capital, Mr. Maffei revitalized the Delta Theta Law Fraternity and became its Vice Dean. Additionally, Mr. Maffei worked as an intern for the Franklin County Public Defender and Franklin County District Attorney offices. He was admitted to practice as an attorney before the Courts of the State of New York and the U.S. District Courts for the Eastern and Southern Districts of New York.

In 1986, he was appointed an Assistant District Attorney in Suffolk County for District Attorney Patrick Henry. There, he prosecuted cases including assault, battery, larceny, insurance and welfare fraud in the District, Screening and White Collar Crime Bureaus.

Mr. Maffei later joined one of the largest personal injury law firms in Long Island. Having worked his way up the ladder as a trial lawyer, he ultimately became their senior trial attorney, handling their largest cases to verdict.

He is an active member of the following organizations:

Presently Mr. Maffei handles all types of personal injury matters from automobile cases to foodborne illnesses. Mr. Maffei has tried many cases to verdict before juries and Judges in multiple jurisdictions. An experienced trial lawyer for over 25 years, he has returned verdicts and settlements for his clients for millions of dollars, including cases against major automobile manufacturers and corporations.

He has earned the highest rating of AV® Preeminent™ Peer Review Rated by Martindale Hubbell®. In addition to personal injury, Mr. Maffei handles criminal defense matters, as well as, serving as a Court appointed Receiver and Referee.

Mr . Maffei serves on the boards of two local charitable organizations, the Rollstone Foundation and The Lions Club. Additionally, he was a former Coach in the Islip Little League, and has served as a New York State Bar Association Moot Court Volunteer Judge. Mr. Maffei is a longtime resident of East Islip, where he lives with his wife and two sons. He is also a member of The Million Dollar Advocates Forum. 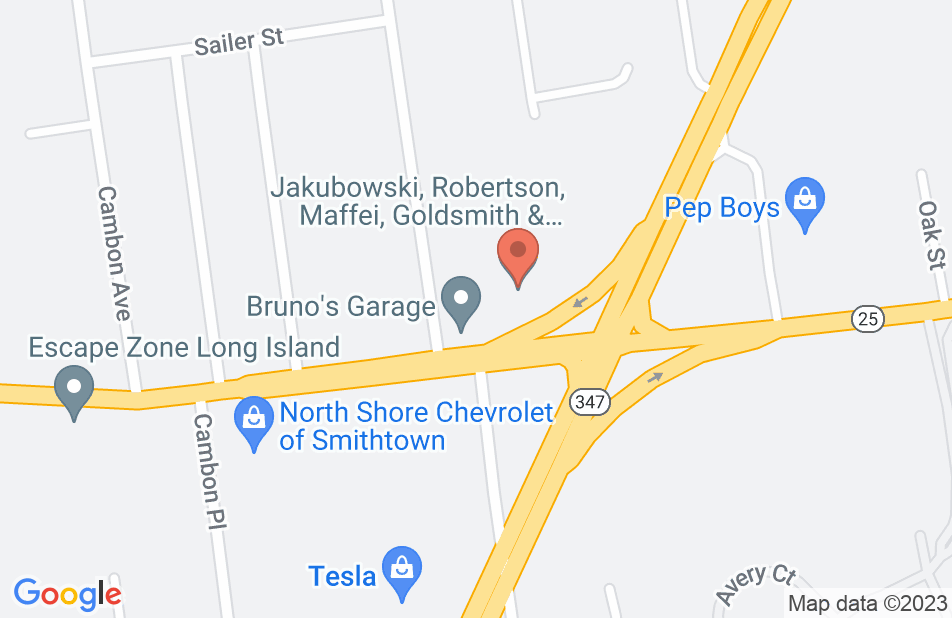 Not yet reviewed
Review Frank Maffei

I endorse this lawyer. I know Frank to be an excellent attorney and have no fears of referring clients to his practice where I know they will be treated respectfully and with great care.