My practice is dedicated to the field of elder law--Medicaid planning, estate planning, guardianship

John is the author of the book New Jersey Elder Law:  A Planning and Resource Guide, published by ALM Legal Publications, the publisher of the New Jersey Law Journal.

John is one of the best known elder law attorneys in the State of New Jersey.  He has served as lead counsel in numerous federal lawsuits against the State of New Jersey on various issues affecting the Medicaid program.  John is the current Chair of the National Academy of Elder Law Attorneys Litigation Committee. 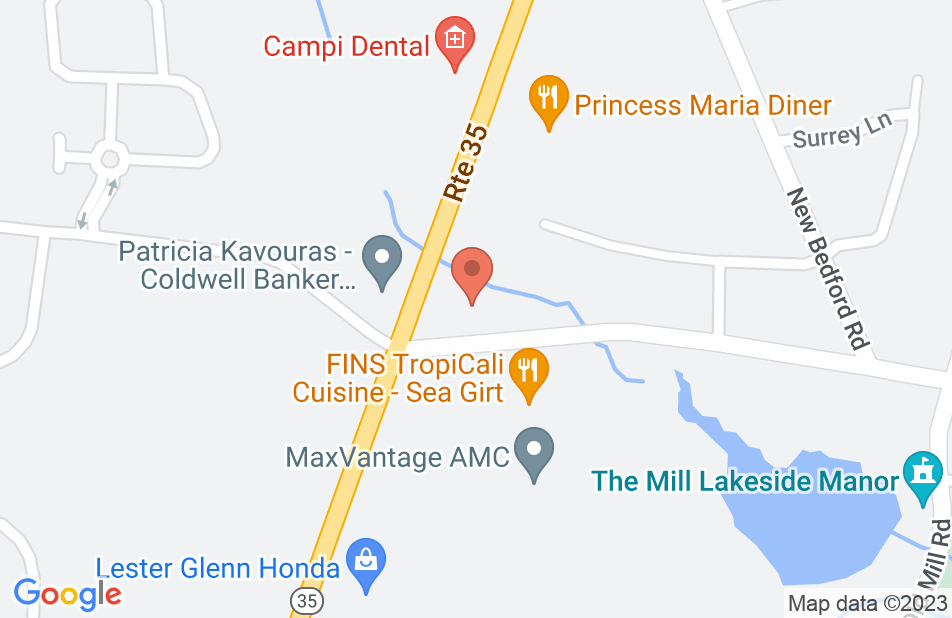 I have used John Callinan on two occassions. Both experiences were positive and enlightening. John was able to provide us with a wealth of information that allowed us to make the most effective choices. Without him, our end result would have looked extremely different. The knowledge he has in elder care law is unsurpassed.

Very satisfied with the services provided.

Mr. Callinan helped my mother with her estate planning needs and with protecting her assets from possible long-term care costs. He thoroughly explained his documents to my mother and put her mind at ease. We found him to be professional, prompt, and reasonably priced. Mr. Callinan continues to send us his quarterly newsletter, which keeps us apprised of the laws affecting the elderly.

I recommend John Callinan as an eldercare attorney. John prepared a new Will, Quit Claim Deed, as well as advising me about the choices I had for my husbands Care in a local nursing home. His Assistant, Paula, was phenomenal in helping me through the Medicaid process. It took many meetings, phone calls, and emails but she was incredibly helpful in this process. I also met with Lynn, the law office insurance technician and was able to secure annuities. I recommend this law office for Elder Care needs
This review is from a person who hired this attorney.
Hired attorney

My sister and I hired Mr. Callinan to handle the estates of both our aunt and uncle. My aunt was living in a nursing home being paid for by Medicaid. My uncle joined her later. There was a house to be sold, inheritance tax forms to be filed, and money that eventually had to be paid back to Medicaid. Mr. Callinan and his staff were professional and extremely knowledgeable in helping us navigate the estate process. Our questions were always answered in a timely manner and Mr. Callinan made what was a stressful situation for us much easier. I would highly recommend him.
This review is from a person who hired this attorney.
Hired attorney

Mr. Callinan was so knowledgeable and he made our initial meeting so easy. He had answers to every obscure question we had regarding medicaid and did not rush the consultation at all. From there he involved Paula who knew everything that was needed to complete the process. She answered so many emails quickly and efficiently, re-explaining so many aspects multiple times until I was able to grasp them. She was very patient throughout the process. It was wonderful knowing that no matter what happened, we had a law firm who would stand behind and beside us throughout the process until it was completed.
This review is from a person who hired this attorney.
Hired attorney

John Callinan is an outstanding elder care lawyer. I have recommended him to many friends and acquaintances during the past few years. He was hired for my Mother's Medicaid application process. This process is very complicated and I can't imagine completing the requirements without John and his colleague Paula Fama. They made a seemingly impossible task a pleasant experience with their expertise and timely responses. I have only praise for John, Paula and their staff.
This review is from a person who hired this attorney.
Hired attorney

We would highly recommend Mr Callinan 's services .We knew we needed help with Elder care and we were lucky to find Mr Callinan. John and staff put our minds at ease during a difficult time. John handled everything professionally, as well as the follow through of his staff. Paula Fama knows her job and does it well. They always kept us informed. Thanks again .
This review is from a person who hired this attorney.
Hired attorney

John and his colleague Paula Fama were invaluable me as I navigated the issues and challenges associated with managing the financial, estate planning and long term care needs for my mom. My interactions with John and Paula extended over several years and, as you can imagine, during that time, many questions arose as circumstances evolved and changed. That said, neither ever hesitated to make themselves available for questions and consultation, as needed. Moreover, their responses were prompt, exceptionally well informed and thorough. Looking back, I can’t imagine successfully managing through this process without their insights and expertise. I would highly recommend them to anyone who finds themselves in similar circumstances.
This review is from a person who hired this attorney.
Hired attorney

My family was in a unique situation where one spouse needed home care services while the other needed to continue to work, while protecting assets. John laid out the plan within minutes, and his staff ensured that the plan was implemented. We could not have been happier with the final result and the professionalism of John and his staff. I highly recommend John to friends and family in need of eldercare services.
This review is from a person who hired this attorney.
Hired attorney
See all reviews

Vincent DeLuca, Elder law Attorney on May 21, 2012
Relationship: Worked together on matter

I endorse this lawyer. Mr. Callinan has earned an excellent reputation in Ocean and Monmouth County for his work in Elder Law. I have recomended his services on multiple occasions. His reputation is well deserved.