Elana S. Baron, Esq., is licensed to practice law in Vermont (2003), Massachusetts (2004) and New Hampshire (2009). Born and raised in Montreal, Quebec, Canada, she is a graduate of McGill University, having received her B.A. in 2000, and Vermont Law School, having received her J.D. in 2003. Over the last decade she has developed substantial experience in the areas of Real Estate, Civil Litigation, landlord-Tenant law, Collections and Foreclosures, and Corporate Law. Attorney Baron handles all her cases personally from inception through to resolution. Additionally, she conducts her real estate sales and purchases without contracting out any portion of the transaction, including the full title examination. Attorney Baron is fluent in both English and French, and has clients from both sides of the USA/Canada border. She has appeared before the Supreme Court of the State of Vermont and State of New Hampshire, the Vermont Superior Courts; both civil and probate divisions, United States Federal District Court, District of Vermont, New Hampshire Superior Courts, State of New Hampshire, both District and Probate Divisions. Eland S. Baron, Esq. is an active member of the Vermont Bar Association, is the acting Chair of the Women's Division, and a member of the New Hampshire Bar Association and Massachusetts Bar Association. 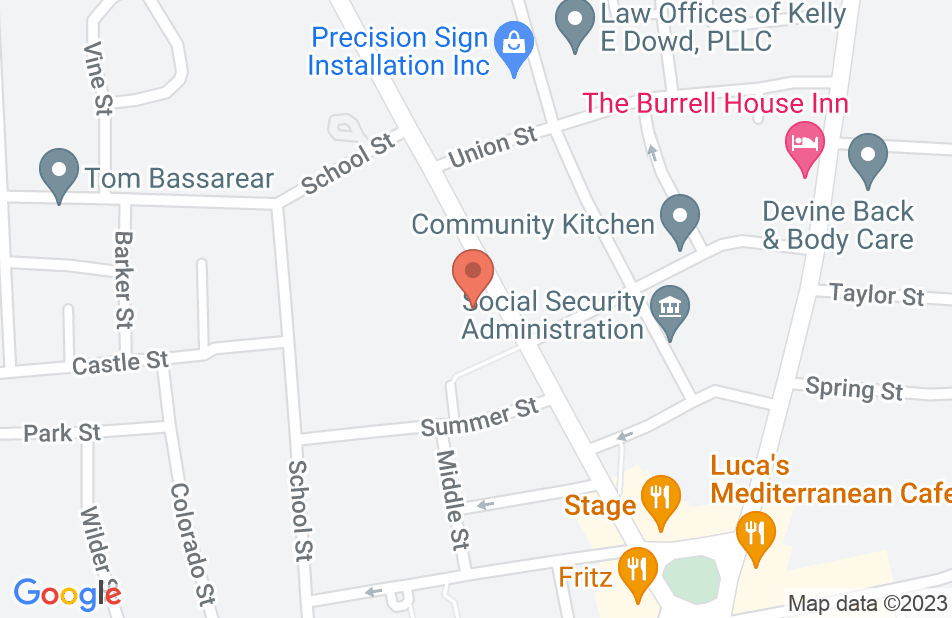 Not yet reviewed
Review Elana Baron