Attorney fees may be charged on contingency, hourly, or for a flat fee. Most fees are set by attorney-client contracts.

If the trustee reverses spousal support payments that I made prior to filing bankruptcy, will I once again owe the money?

Does the wife have ownership?

How is it possible that I pay child support still, even tho, I have full/sole custody of all 3 of my daughters for a few yrs no?

I have court orders that ex was to pay attorney fees and % of bonuses, how do I get them enforced with interest?

Will I be able to get damage fixed on my car that was a result of a equipment malfunction?

When Can A Medical Malpractice Case Settle?

When can a medical malpractice case settle? This may sound like a simple question, but you will not believe how much confusion can arise out of this subject. Although this article will talk about when can a medical malpractice case settle, the same concepts will hold true for birth injury cases, another form of medical malpractice. As I always like to remind you, if you have specific questions regarding the settlement of your specific case, be sure to talk with your attorney about your facts. The information that I am providing in this article is general in nature and is not geared towards specific fact scenarios. WHEN CAN A MEDICAL MALPRACTICE CASE SETTLE? In general, a medical malpractice case can settle at anytime before a jury renders its verdict, if a jury trial is elected. So, this means that there is no hard-fast time that is set in stone for these cases to resolve themselves. A case can settle pretrial in some settings. By pretrial what I mean is before a lawsuit is even filed. Sometimes, depending on the facts and circumstances, the parties will work out an agreement before the filing of a lawsuit. In other instances, this will not be the case. If the case cannot settle before the lawsuit is filed, it might be settled after suit. How this can happen is during the discovery phase, both sides of the case are generally in touch with each other and the lines of communication might reflect the opportunity to settle. In addition, in some jurisdictions the court may order each party to mediate the case. During mediation, the case might settle during this process. Sometimes however, the mediation may breakdown with no agreement, but a little later down the line the case settles out. Please remember, that even though a lot of medical malpractice cases settle, some of them must be decided by a jury or other factfinder. As with may things in the law, and life for that matter, there are no guarantees. WHO DECIDES IF A CASE SETTLES OR GOES TO TRIAL? Another important issues which stems from this topic is who makes the final call as to whether a case settles or goes to trial? If you answered the client, you would be right. Some people think that it is the attorney who makes the call as to settlement or trial. The attorney does play an important role in the process by explaining the issues to the client so that they can make the best decisions as to their case. A good client is going to be engaging with their attorney and listen to the pros and the cons of the case. Doing this will allow the client to get a feel for the offer being made by the defense. Where some clients can get into trouble is when they feel that they no longer need the advice of their attorney and go at the settlement process all wrong. This can be from starting at a too big of a number during negotiations, to glossing over the weaknesses of the case. Marcus B. Boston, Esq. Boston Law Group, LLC 2 Wisconsin Circle, Suite 700 Chevy Chase, Maryland 20815 bostonlawllc.com 301-850-4832 1-833-4 BABY HELP

How Does a Contingency Fee Agreement Work in Personal Injury Cases?

What Should Be Included in a Contingency Fee Agreement in Florida? A contingency fee agreement contract must be in writing and it must be signed by the client and the attorney. A copy of the written contract must always be furnished to the client. If any other attorney or law firm is to participate in the contingent fee, they must obtain the written consent of the client and execute the contingent fee contract. Each participating lawyer shall assume joint legal responsibility to the client for the performance of the legal work as if each were partners. These requirements will prevent an attorney from accepting a case from a client and then referring it to another attorney to perform the actual work pursuant to a fee-splitting agreement between the attorneys without the client’s knowledge and consent. The written contract must specify the method by which the fee is to be determined. This requires disclosure of the percentages that the lawyer will collect as his fee if the case settles or is litigated, and if appeals are pursued. In addition, the contract must state what litigation and other expenses are to be deducted from the recovery and whether these expenses will be deducted before or after the contingent fee is calculated. What Rights do Clients Have Under a Contingency Fee Agreement in Florida? A contingency fee agreement contract must provide a statement that outlines some of the rights clients are entitled to. It must also state that the client read and understands the statements and that the client has received a copy. In Florida, clients entering into a contingency fee agreement have the right to: • Cancel the contract within three business days of the date the contract is signed • Question the attorney about his education, training, and experience • Obtain information from the lawyer concerning his actual experience in handling legal matters similar to the client’s • Know whether the attorney intends to handle the case alone or whether other lawyers will assist him. If applicable, at least one lawyer from each firm that will be involved in representing the client must also sign the contract and the attorney must also discuss with the client the fee-sharing arrangement he has with the other attorneys that he refers the case to or who will assist him in the legal work. If the attorney decides to refer the case to another attorney or seek assistance from other attorneys after the fee contract is signed, the client should sign another contract with all of the attorneys who will be involved. The client will have the right to consult with each attorney working on his case. What is the Percentage of Recovery That an Attorney May Charge in Florida? As a general rule, the attorney and client may structure their contingent fee agreement as they choose. But Florida law sets limits for the percentage of recovery that an attorney may charge. If the agreement exceeds those limits, it will be presumed to be excessive unless prior court approval is obtained to allow the attorney to charge more than the presumptive limit. Different limits are established for different stages of the litigation. Through the time of filing an answer or a demand for appointment of arbitrators, the contract may provide for a recovery of 33 1/3% up to 1 million dollars. For any portion of a recovery between $ 1million and $2million, the attorney may collect 30% and for any portion exceeding 2 million dollars the attorney may collect 20%. If a recovery is obtained from the time of filing an answer or demand for appointment of arbitrators through the entry of judgment, the attorney may recover 40% of any recovery up to $1 million. For any recovery exceeding $1 million, the attorney may recover 30% of any portion between $1 and $2 million and 20% of any portion exceeding $2 million.

Disparity and Ability to Pay Attorney Fees after the Morton Case

Launa Morton v. David Morton (27 Cal.App.5th 1025: September 26, 2018) Family Code (FC) section 2030, subdivision (a)(2) uses the term “disparity.” This provision specifically states that at a trial court must make a finding on “whether there is a disparity in access to funds to retain counsel.” The common and ordinary meaning of the word “disparity” as referenced in the Launa Morton v. David Morton (27 Cal.App.5th 1025: September 26, 2018), case is inequality (a difference in quantity or quality between two or more things.) The court is statutorily required to make a finding and the court in Morton failed to comply with the mandatory provision of FC 2030. The wife in Morton also cited the court’s failure to make an ability-to-pay analysis, which is related to another question for which an explicit finding is required. FC 2030 requires the court to make an additional determination if the husband “is able to pay for legal representation for both parties.” FC 2030, upon the mandatory finding that demonstrate disparity in access and ability to pay, the court SHALL make an order awarding attorney’s fees and costs.” In the Morton case, the appellate court found that the record was sufficient to show that “a disparity in access to funds to retain counsel” exits. The court further reasoned that while both parties have access to funds resulting from the division of the community assets, the husband has access to funds generated by (1) his employment (wife does not work) and (2) his ownership of one-half of Huddleston Crane Services, Inc. (a separate property). Disparity in Access to Funds The court explicitly analyzes the sources of various income available for the husband while in contrast, as the appellate court distinguishes, the wife’s access to funds is only limited to her division of community assets. Her income from employment was minimal before she stopped working as a courier and she does not own a revenue generating business. Accordingly, the record compels a finding of a disparity in access to funds for retaining and paying counsel. Disparity in the Ability to Pay Additionally, the court held that the record demonstrates that the husband “is able to pay for legal representation of both parties. The court explained in detail the disparity in the ability to pay for legal representation. In the Morton case, the court established this by noting the disparity in the parties’ wages and salaries and Launa’s lack of rental income or other business income. The court further reasoned, “the fact that Launa holds assets from the division of community property that are sufficient to cover her attorney fees does not negate the existence of the significant disparity in the ability to pay for legal representation. (FC 2032 subdivision (b).) The long-term financial consequences of requiring Launa to liquidate those assets to pay for attorney fees—assets which, in contrast to David, she does not have the means to replenish—must be evaluated in determining the ability to pay.

Why Won't an Attorney Take My Case on a Contingency Fee Basis? 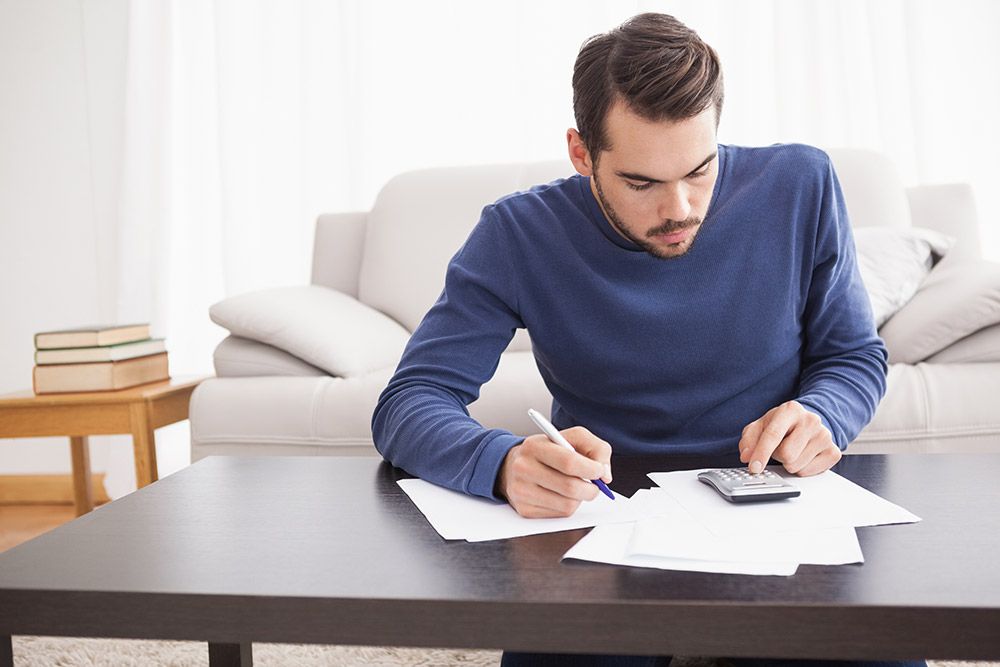 An overview of attorney fees and costs

Costs will vary between cases and attorneys. Learn about attorney fee agreements, hourly rates, and other costs when seeking legal services.