The TSA and your legal rights

Strict airport security was not always a normal part of air travel. Learn about the evolution of TSA screening procedures.

The Transportation Security Administration, or TSA, is charged with providing travel security and plays a large role in enforcing certain transportation laws. 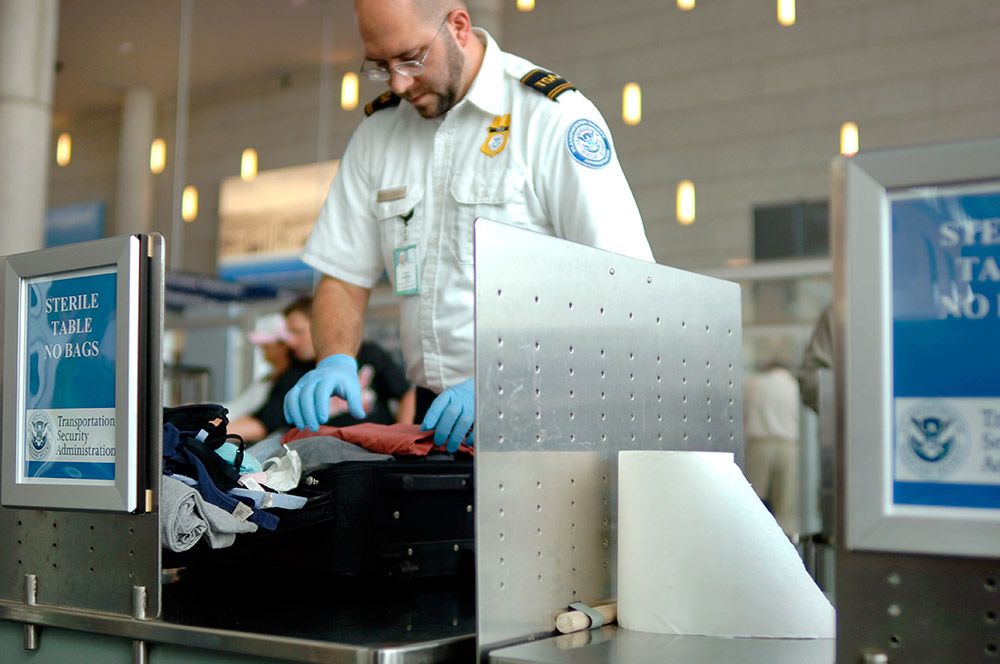 TSA did not always exist, but now travelers seem to be accustomed to dealing with TSA, especially when traveling by air. While it has become a regular part of air travel, many people remain concerned about their 4th Amendment rights to be free from unlawful searches and seizures in the context of TSA security checkpoints.

What is the Department of Homeland Security?

The Department of Homeland Security, or DHS, is the overarching federal agency that is responsible for securing US borders and enforcing immigration laws. Established in 2002, its general mission is to secure the United States from threats and to keep the country safe by preventing terrorism, securing cyberspace, and ensuring disaster resilience.

The TSA is an agency of DHS that provides security specific to travel, especially air travel. DHS created TSA in response to the September 11, 2001 attacks on the United States. TSA mainly creates and administers policies related to airport security, but also has jurisdiction over highways, pipelines, ports, railroads, buses, and other mass transit systems.

You may experience TSA policies when you fly by plane. Examples of TSA policies are the requirements to show your identification to officials at the airport, to go through metal detectors, to subject your luggage to searches, and to follow rules about what you can and cannot bring onto an airplane.

A brief history of TSA

Procedures regarding air travel security have changed in response to a series of events. The following events, among others, have led the federal government to create and carry out progressively stricter security measures before allowing people to board airplanes.

Federal case law has refined the rules regarding searches and seizures and whether certain searches violate the Fourth Amendment of the US Constitution. In general, citizens have the right to be free from unreasonable searches and seizures. While the law in this area is complex, this right generally means that for the government to search a person or place, the government must either have a warrant, or probable cause that a crime has occurred.

In New York v. Burger, the U.S. Supreme Court expanded on administrative searches. The court held that warrantless searches of regulated industries are constitutionally acceptable so long as the government has a substantial interest in conducting the search, the search is necessary to further the regulatory scheme and the statute that authorizes the search or inspection serves as a substitute for a warrant.

In other words, the transportation industry will be subject to inspections. Regulated industries such as transportation, or in this case, car junkyards, have a reduced expectation of privacy because the government has an interest in regulating the industry. In this case, the government interest was to prevent car thefts, which was a sufficient purpose for conducting a warrantless search of the junkyard.

In United States v. Marquez, Marquez sued the federal government for violating his Fourth Amendment rights. Before trial, he tried to suppress evidence that he had cocaine in his pants when entering airport security, arguing that TSA officials had no individualized suspicion that he did anything wrong before searching him. The court denied his motion to suppress the evidence and the appellate court held that the search was reasonable, which is all that is required under the Fourth Amendment.

The court held that searches are constitutional so long as:

United States v. Aukai is another federal appellate case that may have set a precedent for allowing TSA to conduct random searches. The court was adamant in clarifying that searches at the airport do not depend on an individual’s consent to the search, meaning that TSA can search you after entering the airport security checkpoint. So, a person cannot decide not to board an airplane just to avoid a random search, as Aukai tried to do in this instance. Once you enter a security checkpoint, you have a lesser expectation of privacy.

Good faith means that TSA’s reason for searching was nothing more than to carry out its purpose of preventing weapons and explosives from being on aircrafts. In this case, the search was reasonable when TSA used its normal procedures in conducting a secondary search of someone who tried to board a plane without identification. Even though officials ended up finding drugs, not weapons or explosives, the purpose of the search was not to find drugs, and was therefore reasonable.

Criticisms of the TSA

Many have criticized the TSA for having intrusive policies. For example, people have been concerned that TSA profiles passengers, rather than conducting random searches.

People have also criticized the idea of behavioral profiling because it inevitably leads to racial profiling. Furthermore, and that TSA has created watch lists that alert officials to people with certain names to be searched more thoroughly than others.

Other concerns are that body scanners pose potential a health risk and show naked photos of individuals, pat-downs involve touching intimate parts of people’s bodies and are unnecessarily intrusive,

TSA has responded to these criticisms by claiming that officials have successfully caught illegal activity, especially with the new behavioral profiling techniques. In one test, officials were able to detect an undercover official who was carrying a weapon, which may be considered proof that the techniques work. TSA claims that in using these enhanced security techniques, officials have caught people carrying weapons, fraudulent documents, undeclared currency, and illegal drugs; immigration law violations; and criminals with outstanding warrants.

The scope of TSA's authority

While TSA’s main goal is to prevent weapons and explosives, it still has the authority to report other illegal activity to local, state, and federal law enforcement agencies. In fact, it is TSA’s official policy to make these referrals, rather than to let illegal activity slide without consequence. It is then up to the law enforcement agency to decide whether to arrest the individual.

Even though legalization of both medical and recreational marijuana is on the rise among the states, the drug is still illegal under federal laws. Thus, even if you are traveling between states where marijuana is legal in both places, federal law prohibits bringing it across state lines. This is because the federal government has the power to regulate “interstate commerce,” which is basically anything that crosses state borders. Since legal marijuana is regulated by the states themselves, it must stay in the state where it came from.

Even if you possess marijuana for medical purposes, you cannot bring that marijuana to another state even if it is legal in that state. The federal government has not approved of medical marijuana as a legal treatment. You can probably still travel on the ground locally, but even different counties have different rules regarding marijuana possession. If you're uncertain about the rules in your area, consult a local criminal defense lawyer.