Living in a sorority or fraternity house may come with a different set of rules and legal responsibilities. 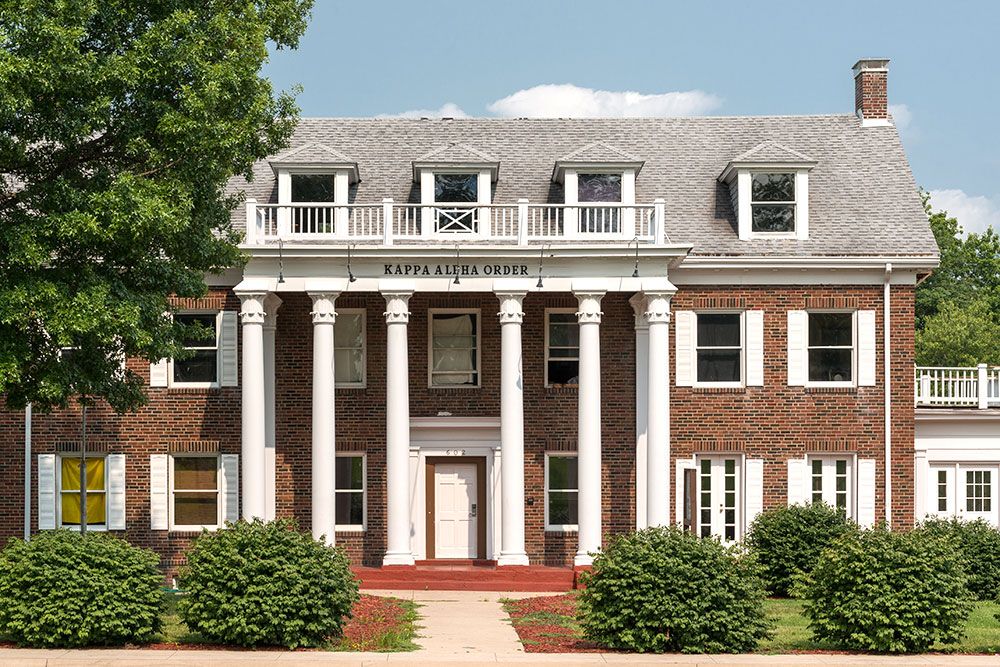 A central part of Greek life is sharing student housing with your fraternity brothers or sorority sisters. Because the local chapter, the school, or both sponsor that housing, the rules that apply to those living in the Greek system are often different from traditional landlord-tenant or property laws.

Because a Greek living arrangement doesn't entitle residents to the same privileges or necessarily bestow the same obligations as a lease, the governing document is typically called a housing agreement. If the agreement is directly with the school, it might also be called a licensing agreement or housing contract.

In legal terms, this is known as a licensing agreement, not a lease. In most cases, the agreement is between you and the local chapter or the local chapter's housing organization. It's uncommon to have individual members contract directly with the house's owner.

With on-campus Greek housing, schools retain more control over the rules and policies governing the house. For example, some campuses have implemented "dry housing," prohibiting the consumption or presence of alcohol in all or most student housing.

The ownership of Greek housing and student apartments will vary by campus and organization. Generally, Greek housing is usually owned by one of the following:

With on-campus Greek housing, the college or university has more control over how the house operates.

Some schools might require the chapter to maintain a certain level of occupancy at all times during the school year. Typically, when the chapter fails to meet that requirement, the school charges the chapter for any unoccupied rooms. The chapter then must decide how to divvy up the expense among its members.

Schools began sponsoring Greek housing because it allowed them to increase enrollment without having to build more dorms. On some campuses, the alumni provide the funding for Greek housing. On others, the Greek student houses or student apartments are rented or built on land the chapter leases from the school.

Renting or living with Greek members off campus

Often, fraternity and sorority houses don't have enough vacancies to accommodate all new members. An alternative is to live off campus with other fraternity or sorority members in an apartment or a rented house.

Unless this is officially sanctioned by the local chapter, you shouldn't have to worry about disclosing your Greek membership to the landlord. However, to protect yourself from becoming solely liable financially and legally, make sure all roommates are on the lease.

There is a common rumor that sorority or fraternity houses are against the law in some places due to archaic zoning ordinances. These ordinances are often called "brothel" rules. While these ordinances vary in their wording, most allegedly deem a residence where a certain number of unrelated women (usually three or four) are living together, often with alcohol present, a brothel.

In reality, these laws usually define a brothel by whether prostitution actually goes on inside the house, not just who lives there. Keep in mind that city zoning ordinances usually won't apply to off-campus housing.

The Greek system is a quintessential part of American college life. If you choose to live with your brothers or sisters, just remember your unique obligations and potential liability.

Recommended articles about Landlord or tenant

Find a Lawyer
Legal Guides
Prior Notice: Relocation: Relocating with the...
American College Life: Is Hazing a Crime In...
Licensing Agreement: Top Ten Intellectual...
Landlord Tenant: Tenant's Rights in Foreclosure...
Zoning Ordinance: Applying for a Zoning Change...
Property Law: Tenants by the Entirety: An...
Property Law: The drawback of survivorship...
Pay Insurance: Recent Changes to the...