Stages of a civil court case

Most civil cases get resolved before they go to trial. However, when a matter does go to civil court, it takes time to get a resolution. Civil actions begin with the filing of a complaint, but can last for years if the verdict or ruling is appealed. Knowing what to expect can help remove some of the uncertainty. 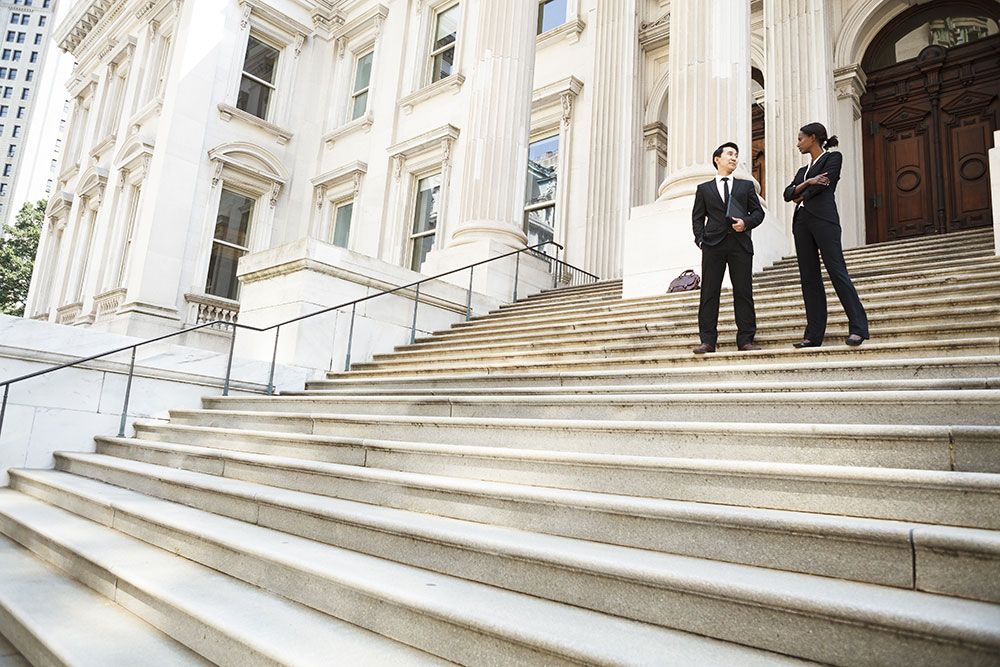 What happens in civil court?

In a civil case, a person or private organization sues another party. The two parties are the plaintiff (the party bringing the case) and the defendant (the party defending against the case). The plaintiff either seeks payment and/or damages, or asks the court to force the defendant to fulfill some duty.

These cases have several differences from criminal cases. The main one to know is that a criminal case is brought by a state or federal government against someone accused of breaking the law. By contrast, a civil case arises when the plaintiff accuses a person or organization of failing to fulfill a legal duty.

For example, if small business owner's supplier breaches a contract, it's a civil matter. Likewise, if a doctor negligently harms a patient, the ensuing malpractice suit happens in civil court.

The pleading stage: the complaint and court motions

The document that sets civil cases in motion is called a complaint or a petition. This paper sets forth the facts of the case, explains why the court has jurisdiction, and details what the plaintiffs seek as relief for their grievance (e.g. money or an injunction).

At this point, the defendant may choose to respond with a motion to dismiss. This motion asks a judge to throw the case out based on lack of jurisdiction or the plaintiff's failure to state a valid legal claim, for example. Once the defendant has responded, either party may move for summary judgment.

A motion for summary judgment asks the judge to make a ruling on the facts as stated in the pleadings because the parties agree on them. Without any material dispute over the facts, a trial isn't necessary, and the judge may issue a summary judgment.

The pretrial stage: discovery and fact-finding

Discovery, in a civil case, is the process where both parties exchange the evidence and information they have before trial. Discovery takes two forms—interrogatories and depositions.

Interrogatories are written questions posed by the plaintiff to the defendant. Defendants must answer these questions in full and in writing, and are under oath while doing so.

Depositions are sworn statements given by a witness in response to questions posed by the other party's attorneys. A court reporter makes a transcript of all deposition testimony. Depositions typically take place out of court and can last anywhere from an hour to longer than a week.

Once both parties have all the evidence in the case, they may decide to resolve the case through a means other than trial. A party may again file a motion for summary judgment or the parties may reach a settlement agreement.

Alternative dispute resolution (ADR) is also a possibility. For example, the parties may decide to pursue mediation. In that case, an impartial mediator helps the parties reach a mutually agreeable resolution. Parties often choose this option because mediation is cheaper, less stressful, and less formal than civil litigation.

If the parties can't agree at the end of discovery, the next step is for the judge to issue a pretrial order. After meeting with the parties, the judge will provide an order detailing the schedule for trial.

The trial stage: from jury selection to a judgment

The phases of a civil court case are similar to those of a criminal case, but a different burden of proof applies.

Criminal cases require the prosecution to prove guilt beyond a reasonable doubt. But in a civil case, the plaintiff just needs to show that it's more likely than not that the defendant is liable.

The usual process for a civil trial looks like this:

The party who loses the case, or the party against whom a ruling or verdict was issued, has the right to appeal the case to a higher court. Losing parties waive this right if they don't file their notice of appeal within 30 days after the entry of judgment in the case.

With so many steps, civil litigation sometimes takes years to resolve. If your case is like most, however, you and the other side will reach an agreement that allows you to avoid trial.

Recommended articles about Lawsuits and disputes

Find a Lawyer
Legal Guides
Alternative Dispute Resolution: What Is...
Court Motion: How to enforce your divorce...
Judgment Post: Why do judgments still appear on...
Jury Instruction: The Necessity for a Special...
Money Judgment: You Have a Judgment Now What?
Form Interrogatory: How to Answer Form...
Answer Question: How to Complete a Claimant...
File Notice: North Carolina Probate Timeline
File Notice: Post-Conviction (PCR)/Rule 32...
Party Attorney: Early Mediation: Eliminating...
Civil Litigation: Why do Attorneys Always Say...
Defense Witness: Top 5 Reasons Why a Criminal...
Defense Witness: What to do after receiving a...
Malpractice Suit: What To Do if Youre...
Plaintiff Attorney: Mandamus Action