Police enforcement of traffic laws involves a variety of tools and techniques. Some tools or techniques are more reliable than others, but they all have their weaknesses. Highlighting these weaknesses may help when fighting a traffic ticket.

Here are the six most common methods: 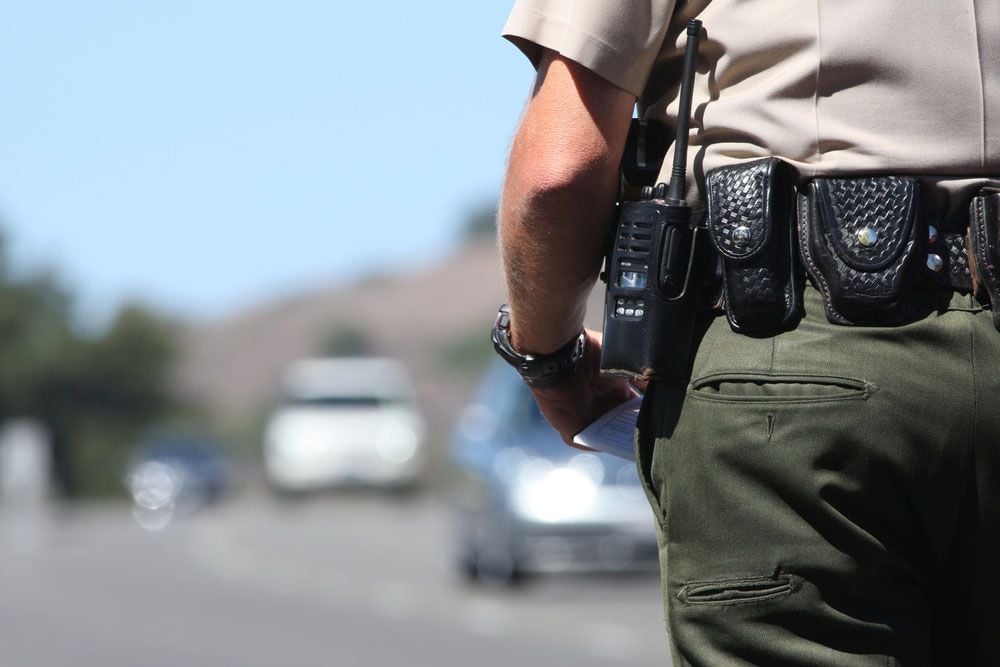 An officer’s direct observation of an offense

The tool officers use most often is their own eyes. An officer who sees you break a traffic law—such as running a red light, making an illegal turn, or parking illegally—can pull you over and give you a ticket.

That said, officers are human and their observations aren’t always accurate. For example, say an officer didn't see you stop at a stop sign and gave you a ticket for failure to stop. If a large bush on the corner was obstructing your view of cross traffic, leading you to slowly move into the intersection, you might still have a defense.

Pacing is when the officer matches your speed for a time and records their patrol car’s speed as your speed. They determine the matching speed by keeping a consistent distance from your car the whole time.

A few things can make this technique unreliable:

These situations make it harder to judge distance and/or keep a consistent gap between the cars. If the officer records their speed while trying to catch up with you, it will be artificially high compared to your actual speed.

VASCAR measures how long it takes a car to move between two predetermined points. An officer starts the timer when a car passes the first point and stops it when the car passes the second point.

The officer can either measure and enter the distance manually, or drive between the points and let the VASCAR unit get the measurement from the patrol car’s odometer.

Several things can trip up this system:

The officer’s reaction time when starting and stopping the timer. How well the officer can see when the car passes each point. The accuracy of the patrol car’s odometer when used to measure the distance. Studies of VASCAR accuracy suggest it’s most reliable when the two points are between 500 and 1500 feet apart.

These speed measurement “guns” are similar but use different technologies.

Radar bounces radio waves off your car, analyzing the return waves to determine speed. These beams are extremely accurate in ideal conditions. However, real-world conditions can trip them up:

Within less than 200 feet, the beam from most units will be wide enough to cover two lanes, possibly reading cars in the lane next to you. High winds can cause radar to “clock” things like rain, debris, and even electrically-charged storm clouds. The officer may then attribute the readings to your car. Also, the units must be regularly calibrated to ensure proper operation and accuracy.

LIDAR bounces laser beams off your car and analyzes the return beam. These beams are narrower than the radar’s radio waves, making LIDAR more accurate. But it's still not foolproof.

LIDAR’s biggest weakness is that the beam must hit the same part of the car for the entire measurement period. If it travels, say from the windshield to the front of the hood, it will calculate too large a distance and too fast of a speed.

Many jurisdictions make use of red light and/or speed cameras for police enforcement of traffic laws. While they aren't used everywhere, they are a more common sight than they once were.

These cameras take pictures of cars that are either speeding or entering an intersection after the light turned red. The cameras capture a picture of the license plate and, in many states, the driver. An officer then generally reviews the picture(s) before tickets are sent out.

These tickets are hard to dispute when the pictures are clear, but there are defenses against camera tickets. Some of these defenses include:

It’s not always easy to know which defense may work for your case, or even if you should fight the ticket or just pay it. Consulting a lawyer familiar with traffic law can help you make that decision and build your case.

Find a Lawyer
Legal Guides
Camera Ticket: Fighting a traffic camera ticket
Camera Ticket: Got a speed camera or red light...
Sign Ticket: What if I get a traffic ticket...
Stop Sign Ticket: Traffic Tickets in...
Stop Sign Ticket: Prayer for Judgement...
Stop Sign: What you need to know if you ride a...
Officer Record: Basics of the Walk and Turn...
License Plate: Motor Vehicle Accident Checklist
License Plate: No Valid Drivers License...
Real World: Six Signs You Hired a Bad Lawyer...
Patrol Car: "How to Prepare For & React During...
Patrol Car: What To Do If You're Stopped for a...