How the Supreme Court works

Along with the office of the president and Congress, the Supreme Court is one of the most influential and well-known entities in American governance. The Supreme Court crowns the top of the federal court system, making it the highest court in the country in the interpretation of federal and constitutional law. 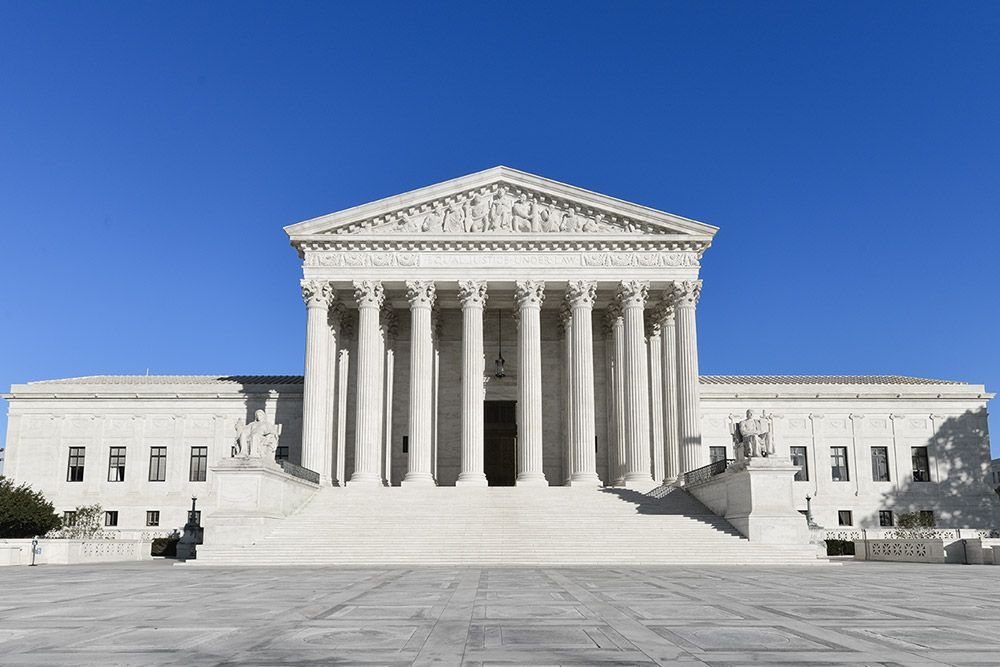 The court’s interpretations on the law have far-reaching effects on US policy, defining the powers and limitations of the US government. For this reason, there is a great deal of debate surrounding the court and its decisions, and the various justices that sit on the court have been cast both favorably and disparagingly for their decisions.

The Supreme Court was established alongside its sister branches, the Presidency and the Congress, by the adoption of the Constitution of the United States in 1789. The constitution vests the powers of the judiciary in the Supreme Court and any lower courts created by Congress. However, this judicial power was not universally understood to be the same power that the court wields today.

Generally, the constitution grants the court, and its lower courts, authority over:

However, one of the greatest powers of the court, the power of constitutional review, was famously defined and utilized in the case of Marbury v. Madison in 1803.

In Marbury v. Madison, the court was called to decide a case involving a law passed by Congress, The Judiciary Act of 1789, which added additional jurisdictions to the court. Famously, the court declared the law as being contrary to the Constitution, and therefore invalid under the law. The power to decide the constitutionality of laws had been present in some lower court cases, but legal scholars generally point to Marbury as the point when the court revealed or acquired its power of constitutional review.

After Marbury, the court decided several other cases, demonstrating that it had the power of constitutional review over other acts by the executive branch, as well as the executive actors and highest courts of the various States. This means that, to this present day, questions of constitutional law reach their definitive end at the Supreme Court, which has the final say on the meaning of the constitution.

What is constitutional review?

Constitutional review is similar to judicial review, but it examines the laws or governmental actions to see if they are permitted under the delegation of powers and restrictions written into the Constitution and its amendments. To accomplish this, the court relies on 2 types of guidance: precedence and constitutional theory.

The court’s decisions are rooted in law, and as such, they must come from a legal precedence unless there is a truly unique and unheard of circumstance before the court. To preserve the consistency and reason that underscores law, the court is usually unwilling to deviate from prior reasoning or principles. However, there are several famous examples of the court rejecting precedence, such as the case of Plessy v. Ferguson. In this 1896 case, the court determined that racial segregation was constitutional under the 14th Amendment of the Constitution, so long as it was equal. 58 years later, in Brown v. Board of Education, the court reversed precedence by declaring “separate but equal” racial segregation to be inherently unconstitutional.

Philosophical and theoretical disputes have prompted strong political arguments surrounding the court. Originalists have a tendency to value a traditionalist perspective on the interpretation of law, making them more likely to side with conservatives on many issues. Liberals tend to side with interpretevist principles, particularly in regards to social and cultural issues. As a result, many tend to see the makeup of the court as conservative and liberal, and there have been strong political reactions when the court has waded into political waters with its decisions.

One area that we continue to see the political and legal intertwining around the Supreme Court is in the area of abortion rights. In 1973, the Supreme Court decided Roe v. Wade, declaring that the 14th Amendment prohibited laws banning abortion outright. In the years that followed the court has heard a battery of cases that followed, as activists on both sides of the issue continued to place the matter before the courts. This led to the 1983 decision in Planned Parenthood v. Casey, which held that regulations on abortion were permissible so long as they were not "undue burdens" to a woman seeking abortion of a nonviable fetus. In 2007, in Gonzales v. Carhart, the court handed down a decision upholding a Congressional ban on “partial birth abortion,” despite the liberal dissenters’ argument that it was contrary to the precedent set in Roe. To this day, an opinion on Roe v. Wade continues to be a litmus test for Supreme Court Justices.

In almost all cases, the Supreme Court is a court of appeals. This means that it is not, generally, responsible for determining facts, receiving proof and evidence, or resolving conflicting stories between parties. Instead, the Supreme Court examines the legal record and determines if the law was interpreted correctly. This is appellate review, or judicial review, and can be thought of as the court ensuring that the law was followed as it was intended to be followed.

The parties of cases decided by a state’s Supreme Court or by the federal court of appeals may petition the US Supreme Court to review the decision. If the Supreme Court issues certiorari (if 4 justices agree to hear a particular case), then the court receive briefs and, traditionally, hears an hour of oral arguments from each of the parties. At that point, the justices will deliberate and vote amongst themselves on the outcome, with the majority ruling. A majority is usually 5 of the 9 justices.

Given the sheer number of cases that are appealed in the United States, the Supreme Court issues certiorari, to only a small fraction of the cases that petition it. Generally, the court will only grant this to cases that present an important legal issue that is either being interpreted incorrectly or is creating inconsistencies and confusion in how it is interpreted. The court will refuse to grant certiorari if they believe the lower court’s interpretations are acceptable, or if the issue does not require correction or clarification.

The 9 justices on the Supreme Court are often referred to as the most powerful unelected people in American Government. This is true to a large degree, the President appoints justices to the Supreme Court without any electoral process. However, any appointee by the president must first be confirmed by first the Senate Judiciary Committee and then the entire Senate. A majority vote is required by the Senate to confirm a Supreme Court justice. Importantly, and unlike many other positions in US government, only death, retirement, or impeachment can remove the justice from their position in the court.

Because of this process, justices are generally more liberal when selected by democratic presidents and more conservative when selected by republican presidents, though the confirmation process by the Senate can temper the ability of the president to appoint too partisan a candidate.

While the Supreme Court is not a partisian entity, critics have pointed out the many instances in which the justices interpret the constitution along political lines. One example is recent history is the often discussed Citizens United v. FEC decision, in which the conservative members of the court voted to allow corporate political contributions as free speech and liberal members voted against.

Occasionally, a justice might be considered a “swing justice” on a particular issue. In recent years, Justice Kennedy has stepped into this role, voting with the conservative justices on many issues, but switching to vote with the liberal justices on certain other issues, notably in cases dealing with gay rights such as United States v. Windsor and Obergefell v. Hodges. In these cases, Justice Kennedy sided with the liberal side of the court to declare bans on same-sex marriage unconstitutional for both the federal and state governments.

Find a Lawyer
Legal Guides
Judicial Power: Proper Pleadings Necessary to...
Constitutional Law: The Hogg & Gartlan Law Firm...
Court Lead: Why Does My Lawyer Want to Hire...
Undue Burden: Protective Orders for Trade...
Undue Burden: What You Should Do if You are...
Law Contrary: 10 qualities to look for in a...