History of Immigration in the U.S. 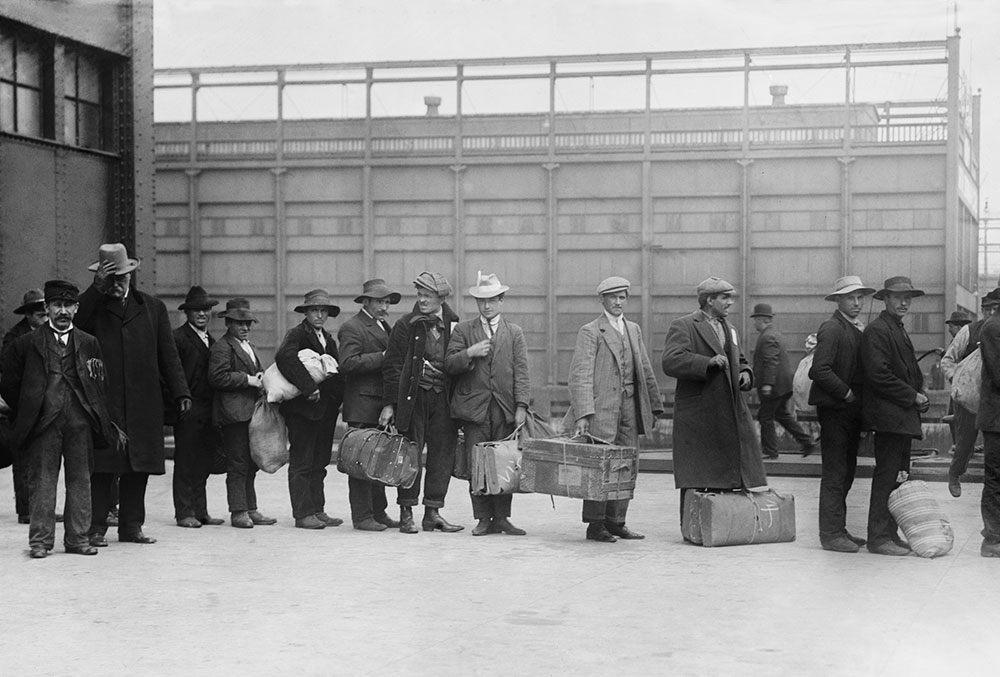 The first United States census was taken in 1790, and at that time, 4 million people lived in the United States. In 2010, the census reported about 309 million people in America, which is an increase of more than 5,000 percent since the first census report. Immigration rates have varied throughout history due to global events and legal statutes governing how people can enter, but there has always been some number of people who have immigrated to the United States since the inception of this country.

Exploring the history of immigration is a fascinating journey showcasing the people over the centuries who have come to America to experience the opportunities available here. If you are interested in talking to an immigration attorney about your options, contact one near you.

Native people, believed to have come to this continent via the Bering Strait, lived on the land that would become America prior to 1790. European migration began sometime around 1500 as people began crossing the Atlantic Ocean on ships in search of religious or political freedom or just opportunities or adventure in the unpopulated land. Spanish settlements were established in what is now Florida, and European settlements began in New England and along the eastern seaboard. Slaves were also brought to America beginning in the 17th century.

According to the first official census completed in 1790, America was largely comprised of people of English descent. About 20 percent of the population was of African descent, and people from Germany, Scotland, and Ireland were also present in significant numbers. The first Naturalization Act was passed in 1790, which granted the ability to become a U.S. citizen to any free white person. Initially during this period, immigration into the United States was steady. European hostilities and the War of 1812 caused immigration numbers to dwindle, but then peace after 1814 resulted in a major increase in people traveling to America.

As the Industrial Revolution gained momentum, immigrants were entering the United States in record numbers between 1820 and 1880. The number of immigrants entering the United States in 1820 was 8,385. Census reports from this year recorded the United States population at more than 9.5 million. Irish immigrants came to America because of widespread famine in their home country. Chinese immigrants arrived in high numbers on the West Coast, with many of them working on the Transcontinental Railroad. Even during the unrest of the Civil War, immigrants came and lent their strength to both sides of the conflict. The prevailing attitude during this time was in favor of immigration, as Americans considered foreigners to be welcome additions to the country.

Immigration increased after the Civil War as technology made travel faster and easier. The workers who poured into the country comprised the bulk of the industrial labor pool, working in the coal, steel, garment, and textile industries. In 1882, the United States imposed new laws regarding immigration. An exclusionary law stopped Chinese immigration, and another piece of legislation prohibited entry for people who had been convicted of crimes (with the exception of political offenses), those deemed unable to care for themselves (which could include anyone from a poor person to a pregnant or single woman), and those classified as "lunatics" or "idiots." Ellis Island opened in 1892 with the purpose of screening all immigrants arriving on the East Coast. After the end of World War I, Congress passed further laws to restrict the number of immigrants as well as impose specific quotas for different nations.

As the world experienced a devastating depression during the 1930s and then became embroiled in World War II between 1939 and 1945, immigration numbers fell drastically. The Displaced Persons Act was passed in 1948, which offered entry to hundreds of thousands of refugees after the war. The U.S. Census Bureau reported a decrease of nearly 4 million foreign-born residents between the years of 1930 and 1950. By the end of this time period, concerns were growing again about immigration, accompanied by desires for additional reform.

In 1965, President Lyndon Johnson signed the Hart-Celler Act. This law discontinued quotas based on national origin, instead creating maximums for immigrants from the Eastern and Western hemispheres. Preferences were established for immigrants with critical skills or family ties. As a result of this law, Asian immigration rose sharply. This law was also the beginning of a national preference for welcoming educated professionals. For example, a physician or a lawyer with education and credentials would be given preference over someone with little education and skill. Even into the final decade of the 20th century, immigration continued in high numbers. Congress passed laws regarding deportation of criminal immigrants and additional efforts to cut illegal immigration in 1996.