All About Distracted Driving and How to Avoid Accidents 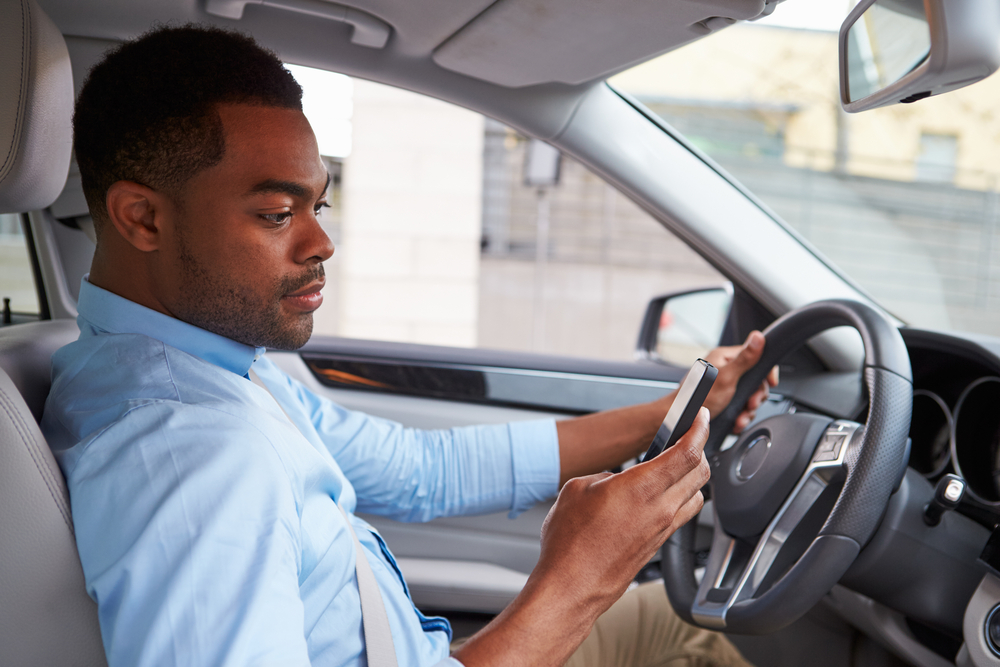 Driving a motor vehicle is a potentially dangerous activity that must be undertaken with extreme caution and the full measure of one's faculties. Anything that impairs a driver while behind the wheel is, by nature, an issue of public safety. Drinking and driving is one of the most well-known and infamous examples of driver impairment; however, distracted driving is just as dangerous, although it typically does not receive the same level of scrutiny as drunk driving. As a result, people often engage in behaviors that divide their attention while on the road.

Polls show that while distracted driving is the cause of one in four vehicle crashes, many people do not fully understand the dangers that are involved with driver distractions. For example, according to a survey by the AAA Foundation for Traffic Safety, almost a third of drivers had used their cell phones to send or receive text messages while driving. According to the Governors Highway Safety Association, in 2015, nearly 3,500 people died in automobile accidents as a result of distracted driving and needed a car accident lawyer. All acts of distracted driving fall under three categories: cognitive, manual, and visual distractions. Some acts fall under multiple categories or even all three at once. In order to combat the dangers of distracted driving, it is necessary that every driver understands why it is a threat to their safety and the safety of others and refrains from these activities when operating a vehicle.

A cognitive distraction is an activity that takes a person's mind or concentration off of driving. This impairs a person's ability to react effectively to hazards that appear on the road, which can result in an accident. Talking to a passenger, daydreaming, dwelling on job or family issues, or being drowsy can count as a cognitive distraction. This is why teenagers, as new and young drivers, have restrictions on who they can have in the car with them while they drive. While operating a motor vehicle, one should always stay focused on their car and the road, be well-rested before they take to the road, and minimize activities that take their minds off of driving. This includes not getting into arguments or in-depth discussions with passengers.

When one or both of the driver's hands are taken off of the wheel or otherwise not completely dedicated to steering, it is called a manual distraction. Even if a person sees a threat looming ahead, this impairs their ability to react in time. Examples of manual distractions include using the radio or GPS, eating, grooming, or reaching for something. To avoid manual distractions, drivers should set their GPS to hear requests and speak directions, eat or drink before they drive, or wait until they are parked or pulled over to reach for things from places like their purse or glove compartment.

Things that take one's eyes off of the road for any reason are called visual distractions. These inhibit a driver's ability to see a problem that might be unfolding in front of or around them. Looking at the scenery, focusing on seeing details of an accident on the road (rubbernecking), making adjustments to the climate control system, or turning to look at someone in the vehicle all fall under the category of visual distractions. To prevent accidents caused by visual distractions, drivers must keep their eyes on the road at all times and not allow other things to take their attention away from driving.

Some actions involve more than one type of distraction and result in even greater impairment of a driver's ability to safely operate a vehicle. Cell phone use is the example of distracted driving that gets the most attention because it involves cognitive, manual, and visual distractions. According to the National Safety Council, a person who is making a call on a cell phone while behind the wheel is as impaired as someone who is driving while drunk. Even using a hands-free cell phone does not reduce a person's risk of getting into automobile accidents, which is four times higher than average. Texting while driving is the most extreme distraction when it comes to using a cell phone, as it can fully divert a person's mind to the conversation, draw their eyes away from the road, and involve the use of at least one hand that should be on the steering wheel. It is for this reason that drivers must turn off their cell phone before driving. Unsecured pets are yet another source of multiple distractions in vehicles, as their movements can cause the driver to look away from the road and they may also reach out to restrain or comfort the animal. This type of distraction can be prevented by putting one's pet in a travel carrier while driving or using pet seat belts.