I attended the University of Iowa as an undergraduate before enrolling in Luther College, in Decorah, Iowa. I was active on the Cross Country and Track & Field teams. I graduated with a B.A. in computer science.

Upon graduation, I worked for an Internet upstart company in Minneapolis before returning to Iowa City to pursue my law degree.

I now operate Thompson Law Office, in Iowa City, Iowa. I practice solely in criminal law, with a focus on OWI / DUI, alcohol and drug related cases. I have been in business since 2005, and have handled over one thousand criminal cases. 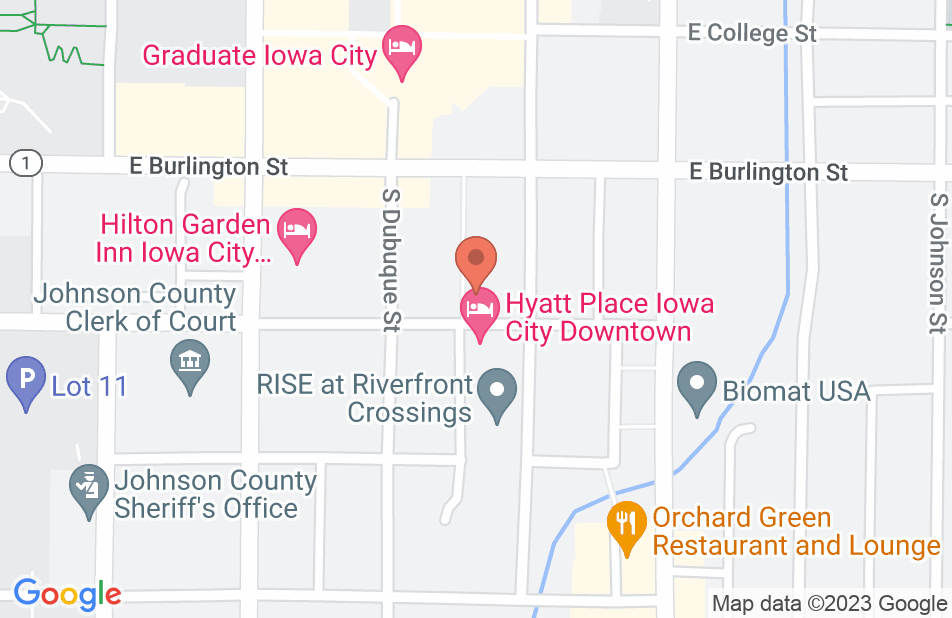 Aided our family in time of need.

I needed to retain Mark for an unfortunate circumstance regarding a family member. Mark went above and beyond in helping us with all our legal matters. From a legal standpoint everything was explained clearly to us, and everything turned out as Mr.. Thompson said it would. Actually BETTER than what was expected. Mark clearly told us some of what he would shoot for was a longshot - but he came through for the family. Mark's legal skills are impeccable, but the thing that impressed me most was his genuine caring for the young individual involved. Mr. Thompson is a credit to his profession, and I would recommend him to anyone in need of legal assistance.
This review is from a person who hired this attorney.
Hired attorney

Mr. Thompson, was honest and knew what he was talking about. Explained exactly what is going to happen from beginning to end dealing with all court procedures. He fought hard and understood what was at stake. He made us feel very comfortable speaking with him, he also returned emails promptly. I would highly recommend him dealing with your case.
Mark Thompson's response: Thanks!

I can't recommend Mark Thompson highly enough. I was charged with OWI 2nd Offense, and Mark was able to get it reduced to a first offense with the minimum fine and a weekend diversion program in lieu of jail. He always kept me updated on the status of my case, and he clearly explained all of the possible scenarios and outcomes involving my charges. He always returned my phone calls and emails promptly and made me feel like I was the only person on his caseload. He is VERY reasonably priced too! I hope I never need a lawyer again, but if I do, I'm calling Mark Thompson.
Mark Thompson's response: Glad I could be of help.

Mark was very personable, and always kept us up-to-date regarding our son's case. He was quick to respond to email, and always called back within 24 hours if he was in court when I called. He gave us the result in court that he anticipated so there were no surprises. He is great to work with for any worried parents that have a child get in trouble while away at college.

Friendly guy and easy to deal with

Though my legal problem was rather minor, Mark treated it as if it were a much more important thing. He kept me updated when anything happened with the case and assured me over and over that he is doing everything in his power to speed up the process and help me get what I needed. He was also much friendlier than I was expecting. I would highly recommend him to anyone.

Mark is a great lawyer. He was very professional and passionate throughout my legal proceedings. I would highly recommend him to anyone, for any type of legal service. He went above and beyond on my case, even without being asked. Mark did a great job of communicating with me about all of the aspects of my case. I knew nothing about the legal system, and he did a great job of explaining all the jargon and informing me about what/who/when/how things were going to take place. Going through any legal situation is never easy, and Mark truly made the whole experience much easier. He responded to all my phone calls and emails in a very quick manner. In the end, my case was dropped which is something I am positive not any lawyer in Iowa City could have done. Mark was truly an intelligent, dedicated, and personable lawyer while handing my case.

After interviewing several possible lawyers in Iowa City, we hired Mark for a criminal defense case because we were very impressed with his proposed approach and energy level. He was outstanding. We could not have made a better choice of an attorney. He quickly grasped the key aspects of the case and showed remarkable tenacity and dedication. Mark procured (subpoena) key video evidence rapidly, which was critical, since it could have been easily erased or taped over at the site of the incident. Mark reviewed all the facts/interviews/video/ police reports very carefully. Mark really believed that our child was innocent and was committed to achieve a just outcome . He made a very clear and concise case for a dismissal. Mark worked effectively with the Iowa City prosecutors office, where he has established solid credibility. The case was dismissed ( no trial ) by the prosecutor: the best possible outcome and truly just outcome. I have worked with many different lawyers in my profession and i sincerely give Mark the highest recommendation. He is intelligent , an excellent communicator , focused on the facts , and very dedicated.

Mark was excellent and diligent in getting my daughters charges dismissed. He quickly got all evidence and reviewed it and got my daughter involved for clarification. He approached the prosecutor quickly and asked for a review and remained persistent in asking for a review by the prosecutor several times. The prosecutor did not review until the last few days before a trial would have started. Finally the system worked for my daughter.

Mark has established himself as a strong advocate for his clients in the area of criminal defense. His priority is his clients - and the results show.

I endorse this lawyer. Mark Thompson has an excellent reputation with criminal defense attorneys and prosecutors alike and it is well deserved. He is knowledgeable and able to get great results for his clients quickly and efficiently. I have referred clients to him and on every occasion they have reported great satisfaction with his representation.

Mark is extremely focused, disciplined, and thoroughly competent. I would refer clients to him without question.

Mark is an intelligent and conscientious person.

I went to law school with Mark, and I've known him to be a very diligent, hard-worker. I highly recommend Mark for criminal defense in Iowa City!

I endorse this lawyer. Mark Thompson is honest, hardworking and highly experienced in the nuances of practicing criminal law in Johnson County, Iowa.

Jordan Bergus, Employment and labor Attorney on Feb 15, 2014
Relationship: Worked together on matter

Mark is an extremely talented and dedicated attorney. He cares greatly about servicing his clients and ensuring that they receive the defense that they deserve.

Mark Thompson is an excellent choice if you are looking for a professional, experienced and pragmatic criminal defense attorney that knows the ins-and-out of the courtrooms of Iowa City and Eastern Iowa. Upfront, Mark provides his clients with realistic case assessments and then he moves his cases forward to secure the best possible deal for his clients.