Michael has worked for the law firm of Phillip Paul Weidner and Associates since 1986.

Michael came to Alaska in 1984 after graduating from law school. Michael’s 31-year legal career has included work on many personal injury, wrongful death, products liability, tort, medical malpractice, and workers compensation cases. He has been involved in over 30 cases that have settled for sums in excess of $1 million, as well as many more cases that have settled for sums between $500,000 and $1 million.

Michael has represented plaintiffs in cases involving catastrophic injuries in a motor vehicle accidents. One case involved the negligent implementation of a decision by the State of Alaska to waive the application of the motor vehicle laws for airlines operating at Anchorage International Airport. The case resolved in a $5 million settlement. Michael also represented plaintiffs concerning a motorcycle accident where the decedent was struck and killed by an employee of a company that permitted its employees to drink up to a case of beer after a good day at work, and then drive home. That case resolved in a $5 million settlement, 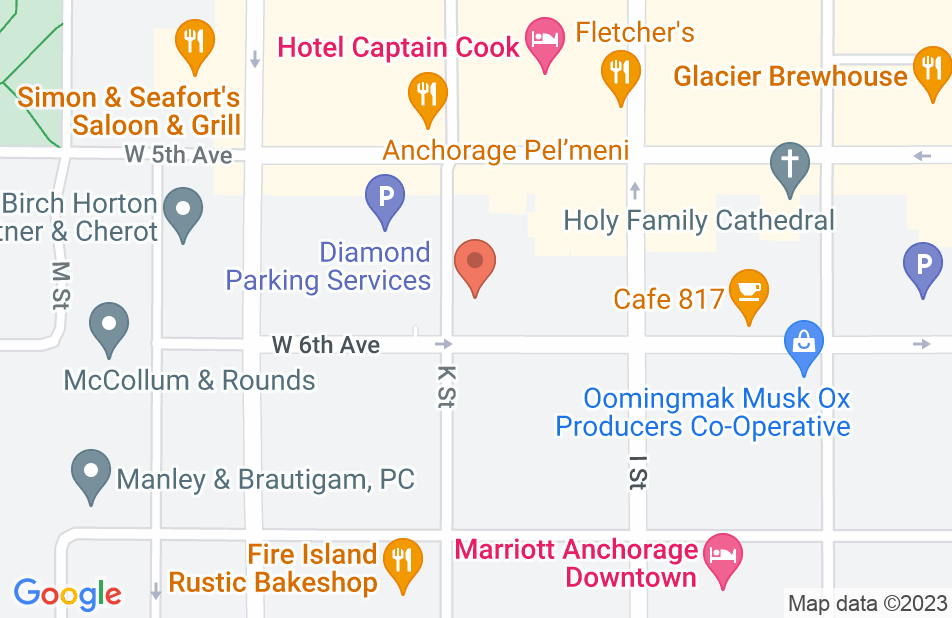 Not yet reviewed
Review Michael Cohn