I attended California State University, Fresno, after receiving an athletic scholarship for track and field. I competed in the WAC Championship in the heptathlon and pole vault. I received my Bachelor's Degree in Criminology with an emphasis on Law Enforcement. I then attended San Joaquin College of Law and received my Juris Doctorate. I initially worked as a juvenile dependency and delinquency attorney before taking a position with a firm where I spent the next five years practicing family law. I now have my own practice and I specialize in family law.

In addition to the law, I am a founding member of La Visionaria Guild of Valley Children's Hospital, a non-profit organization that raises money for the hospital. In my free time I enjoy watching sports, running, working out and playing tennis. 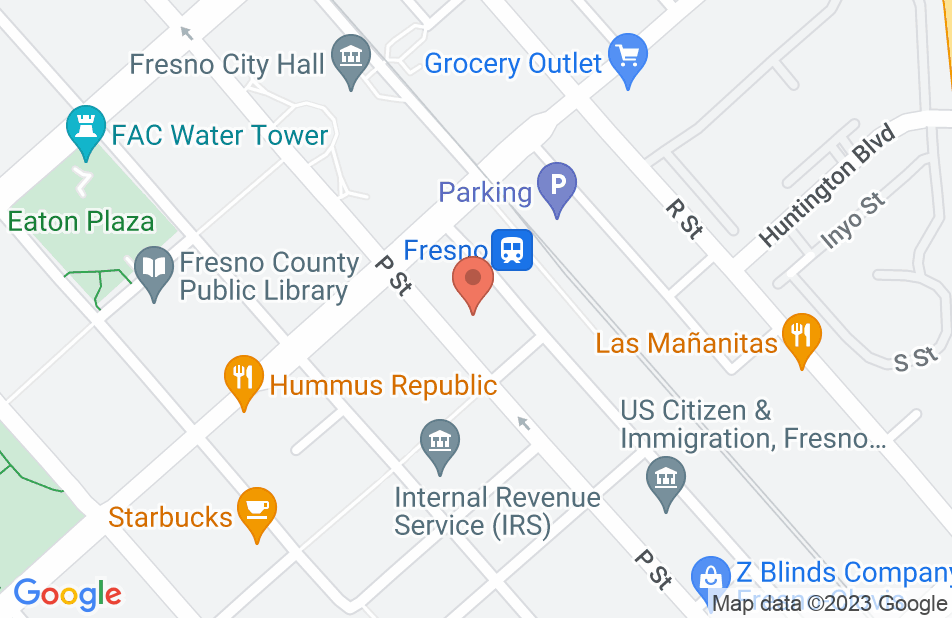 The BEST or the BEST

I have used Dallas on two cases now, both of which have completed to the best possible outcomes. My two cases were definitely NOT the norm, with their dynamics and circumstances being rather unique. Dallas navigated through them both in a highly professional and seamless manner. We couldn't be happier with her or the outcomes. Dallas is a STELLAR attorney and has earned our trust, appreciation, and lifelong relationship in representing us in all family matters going forward. I referred family to Dallas, and they too, have experienced the same high quality representation.
This review is from a person who hired this attorney.
Hired attorney

Dallas Johns is an exceptional attorney, she handled my case from start to finish with no interruptions. From the minute I walked into the door to consult with Mrs. Johns she had everything ready and planned out the course of action that would be the least painful. She kept me informed of what was needed and what I was to expect from the other side. I would without a doubt recommend her to anyone in need of an amazing attorney who goes to work for you immediately. In the Fresno area there is not a better advocate and fighter for you. Being ahead of the ballgame is what Mrs. Johns is all about and she never let me down and had my case closed in the shortest amount of time. Thank you for everything! It was truly painless on the court side.
This review is from a person who hired this attorney.
Hired attorney

Dallas Johns is Amazing!!! She put my first Lawyer to shame.

Dont be like me and learn the hard way. My first lawyer was OK But Dallas was AMAZING!! She fought for what was fair and didn't let up. Shes answered all my questions and walked me step by step through the entire process. I 100% recommend her to anyone needing a family law lawyer. Shes the best. You want her in your corner!!
This review is from a person who hired this attorney.
Hired attorney

I was scared to death. Not only was I facing a divorce, I knew I needed to leave my abusive relationship. I needed to fight for my daughter. Dallas handled everything from start to finish. She let me know what to expect from the court and how much I could expect to pay. She was right about everything. I appreciate her honesty and integrity. Dallas is no-nonsense. She will tell you the merits of your case and what to expect. She is an amazing advocate for justice. I recommend Dallas 100%. It is because of her that I and my daughter are safe. Thank you Dallas!!
This review is from a person who hired this attorney.
Hired attorney

Dallas is thorough, responsive, accurate, and honest. She responds to my calls and e-mails, she preps me for what's going to happen next... and so far she's been 100% accurate in everything she forecast in my case, setting my mind at ease and helping me to set reasonable expectations for what happens next. This is the highest quality representation I could possibly ask for, and for a much more reasonable price than many of the other attorneys I consulted before retaining.

Dallas is an AMAZING lawyer!!!!!

I came to Dallas scared, angry, confused, and frustrated. I was in the middle of numerous court hearings to keep my kids here in the state of California. Their father was trying to move them away to Nevada. Dallas was confidant she could keep them here. She reassured me throughout the whole process, that everything would be ok. I will be honest I had a hard time trusting because of my own anxiety about the case, but she was there to respond to every email, every call, every worry I had, in a timely manner. She listened as I would vent my anxiety and consistently gave me peace. Then came the trial... Watching her in the courtroom COMPLETELY blew me away! She was FANTASTIC! Aggressive yet classy, stated facts with such a way, I was speechless!!!!! She was MADE for this! She was put in my path for a reason! The judge granted me custody and made it a FINAL order! I have been on cloud 9 since Dallas successfully represented me in court and this mess is over. I highly recommend this woman for she is truly a blessing! Dallas you are AMAZING!! Thank you!

Mrs. Johns is a truly remarkable woman. She is a blessing to those whom she has been placed in their paths. With all of my heart, thank you!!! Furthermore, I thank you on behalf of all little ones who cannot comprehend how profoundly you have protected and impacted their lives. Many children go without genuine protection and under the care of some who are not willing to put forth a fight. I am honored to have come across your path. Words cannot describe the peace your hard work has given me. Light and love on you and yours. Always.

I was going through a child custody case through the Department of Child Support Services (DCSS) and I needed legal "advice"due to the complex nature of my case. I found Dallas and her attorney group online and on a whim I called. From the very start Dallas was aggressive with what I needed to do, what paperwork I needed to file, and was honest with me that I didn't need her to represent me at the point I was at in my case. She gave me the guidance and direction for running around the complex family court system. When it did come time for me to obtain an attorney, Dallas had no reservations about taking on my case and getting me and my child everything we asked for in family court. Dallas is professional, knowledgable, and very aggressive in court and will explore every legal avenue to win your case. I highly recommend Dallas for your DCSS legal needs.

Dallas new I had a tight budget and she did everything in her power to keep me within it. Despite the efforts of my Ex's lawyer, Dallas pushed the divorce through quickly with allowing it to be dragged out. She is very knowledgeable, fair, and aggressive. She made every effort to put me at ease throughout the entire process. During the court process I was able to see many other lawyers in action and how some would arrive unprepared, late or not it all. It was comical to see the judge criticize these lawyers for their unprofessionalism. This only increased my confidence in Dallas and the choice I had made for her to represent me.
See all reviews

I endorse this lawyer. Ms. Johns is always prepared and is a zealous advocate for her clients. She is ethical and professional.

Ms. Johns is a very intelligent attorney who fights hard for the rights of her clients. She is a very skilled and tenacious as an opposing counsel but she is also compassionate and empathetic to all parties involved. It is her possession of these opposing qualities that makes her a great family law attorney.