Roger Lytel has been ranked as Nation's Top 1% Attorneys by The National Association of Distinguished Counsel & is recognized as TOP 100 Criminal Defense Trial Lawyers by the National Trial Lawyers Association.  As an Award Winning Criminal & DUI Defense Attorney, Roger Lytel is also known for his aggressiive & affordable legal defense, which is why he is the recipient of the 2016 Avvo "CLIENTS' CHOICE" Award.

Roger Lytel is a former police officer and has decades of experience as a lawyer. Given his unique background, he knows the legal system inside and out, with the keen ability to spot legal mistakes and identify deficiencies in DA cases. Lytel is aggressive and works tirelessly for his clients with 1,000+ of successful outcomes.  His award winning Partner, Diana Lytel, of Lytel & Lytel, LLP is equally skilled as a seasoned trial lawyer and aggressive client advocate, holding the highest "Preeeminent AV 5.0/5.0" Martindale-Hubbell Rating and has repeatedly been named in the coveted SUPER LAWYER list.

Roger Lytel has been nominated in the Business Digest for the Best Legal Services in Santa Barbara County and holds the highest AVVO "Superb 10" rating. Additionally, he has been a recognized leader in the community receiving the Mayor's Commendation for "Outstanding Service to the City of Santa Barbara" and has been the recipient of the Governor's Special Commendation.

Roger Lytel will FIGHT for your rights and get results. Call today for a free consultation 805.966.6806 or email [email protected] 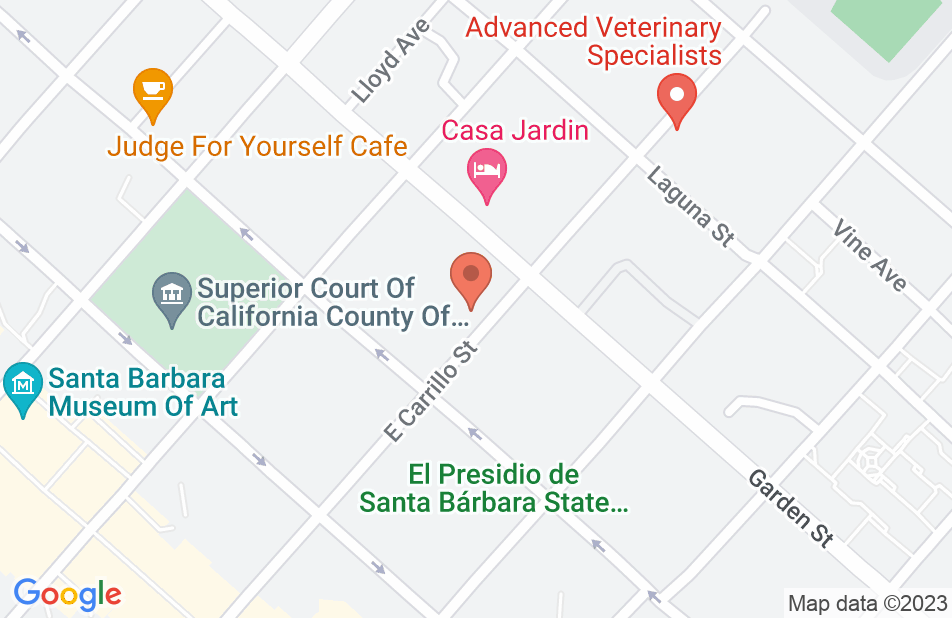 Simply Superb in every way

Met with a lot of attorneys and he was the best - clearly my case was resolved successfully.
This review is from a person who hired this attorney.
Hired attorney

I am deeply grateful for all of the work that Roger and Diana did for my DV case. They were communicative, clear, encouraging, and more affordable than many of the alternative options. I also appreciated how direct they were with me, and they clearly invested their time and energy into getting even better than the best possible result I originally thought I could have (charges dismissed)! Thanks for everything, Roger and Diana!
This review is from a person who hired this attorney.
Hired attorney

I can see why Diana & Roger are the best. I was worried about losing my Military career and they not only gave me a Vet discount but worked tirelessly on my behalf (even talking to me superiors) so I can continue to serve! As for the charges against me, they had them sharply reduced and some dismissed all together.
This review is from a person who hired this attorney.
Hired attorney

I was charged with reckless driving and manufacturing/sales/possession of a leaded weapon(for having a plastic taser) after they searched my car without consent. These were my first charges and after months of work, was able to have them both dismissed. Hiring Roger gave me peace of mind knowing I was in very talented hands, and his sense of duty is incredible.
This review is from a person who hired this attorney.
Hired attorney

I had an arrest in Santa Barbara that was compounded with a BS charge of resisting arrest too. Roger Lytel got witnesses to sign affidavits, found a video from outside a store that supported my case and identified other factual inconsistencies to get all criminal charges dismissed. He worked very hard, answered all my ongoing concerns over the weeks we worked together and really did an outstanding job. I can’t recommend Roger Lytel enough – his fees were fair, the time he spent on my case was significant and I honestly felt less stress; in fact, my stress was pretty much relieved once I hired him. I selected Roger Lytel from reviewing Avvo criminal defense lawyers. What was suspicious about some of the other competing lawyers with over 100 client reviews is almost all those reviews were from last year during a two month period, which was suspect. Nonetheless, Roger was the only one I found that had the Avvo “Client Choice” award for 2016. That said, I didn’t just go by reviews - I also considered experience, Avvo 10 rating attorneys, types of cases won and types of attorney awards. For example, Roger had the most awards than any of the other attorneys. Regardless, I selected two attorneys to interview and I liked Roger the most and thankfully hired him.
This review is from a person who hired this attorney.
Hired attorney

No better defense attorney in town

Let's just say that numerous charges filed by DA, cops cooked.their books and made false statements. Roger Lytel annihilated their case, whereupon I leaped with joy about getting a clean slate. A couple charges were very serious and I was sweating it. Go with a winner and don't stress it - Lytel is a badass lawyer.
This review is from a person who hired this attorney.
Hired attorney

Damn he is good !

Roger Lytel was simply superb in his legal defense of my DUI and conceiled weapon in car charge (hey, forgot it was there). He got the weapon charge dismissed and the DUI knocked down to wet reckless. No jail, reduced fines, reduced alcohol classes, etc. He spent mucho time with me to get all his defense ducks in a row. Thanks so much Roger!
This review is from a person who hired this attorney.
Hired attorney

Mr. Lytel was a,seasoned professional from the time he answered the phone to when he concluded my case with most chat largest dismissed and one reduced to a mere infraction (which is like only load noise violation). Honestly, I can't thank him enough. It was able uphill battle, but he pulled it off. I am pumped!
This review is from a person who hired this attorney.
Hired attorney

Blown away with successes

Lytel did an amazing legal defense for felonies / reduced charges, lower fines, no jail time and no felony on my record. I don't always make the best choices, but Lytel was the best I have ever made as my lawyer selection.
This review is from a person who hired this attorney.
Hired attorney

Best lawyer ever. Didn't even need evidence. Walked into the courtroom and told those dumb ass prosecutors and judges what was up. We beat the charge and got beers after.
This review is from a person who hired this attorney.
Hired attorney
See all reviews

Dennis Merenbach, Divorce and separation Attorney on May 28, 2015
Relationship: Worked together on matter

I endorse this lawyer. Roger Lytel is a very capable, experienced and ethical attorney.

I endorse this lawyer. Roger is a reputable attorney in the area with decades of experience in criminal law.

I endorse this lawyer. Roger is a very capable and honest criminal defense attorney in Santa Barbara and he has my highest recommendation.

Roger Lytel is able to serve his clients in an extraordinary manner due to his deep ties to the community and the respect he commands from prosecutors and judges. It is remarkable that he is able to obtain such a high success rate on cases. Roger Lytel has helped me on several occasions resolve on what first felt like an intractable problem.

Attorney Roger Lytel is an aggressive, savvy and results-oriented attorney with an outstanding reputation. I have worked on cases with him, observed him in court and seen him work magic for his clients. He has a focused practice in criminal defense with a hard charging approach to solving his clients' legal problems.

I endorse this lawyer's work. Roger has a superb reputation in our community, with seasoned experience and a long list of successes. He works tirelessly for his clients.