We have turned around multiple denied claims into accepted cases in which our clients receive surgeries paid for by the insurance company as well as disability benefits followed by favorable settlements. Our firm does not push our clients into early settlements, but instead, we litigate for medical treatment and indemnity benefits, trying cases often. Since 1987 I have tried over two-hundred workers' compensation cases, often on difficult and novel issues. In addition, I have authored over twenty briefs before the California Court of Appeal on workers' compensation issues. My volunteer work includes service since 1991 as a volunteer judge (judge pro tempore) at various venues of the California Division of Workers' Compensation as well as a small claims and traffic court judge in Orange County.

My legal career started in the Huntington Beach City Attorney's office where I served as a Deputy City Attorney from 1986 to 1988 and on a contract basis as an outside attorney until 2003.

There are no upfront costs or fees for injured workers with claims before the California workers' compensation courts, and our fees are generally 15% of any award or settlement subject to approval by a California Workers' Compensation Administrative Law Judge.

Also, I am Of Counsel to Solution Law in Fountain Valley, where I represent both employers and employees on employment law matters, including employment separation agreements, seriously injured individuals in personal injury matters and represent criminally charged individuals. At Solution Law, I am part of a legal team of several experienced attorneys with trial experience in many legal specialties. 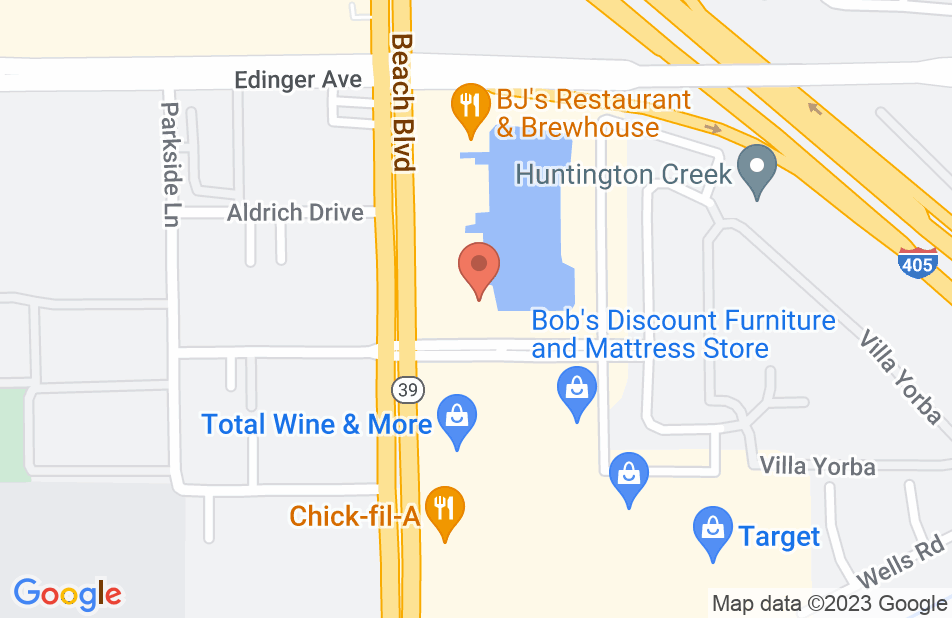 Ed is an excellent civil litigation and worker's compensation attorney

Ed is an excellent civil litigation and worker's compensation attorney with many creative ideas. I worked with Ed many years ago, and he did a wonderful job in matters we collaborated together on at the firm.
This review is from a person who hired this attorney.
Hired attorney
Edward Rutyna's response: Thank you Tim and please keep in touch.

Working with Edward was a Pleasure he is a great attorney very responsible answer my emails and calls all the time also very helpful we settled the case and less than a month a received my money from my Worker’s Compensation case which is great I am very pleased with his work and will recommend him to anybody who needs an attorney I give him a 5 star Ratin
This review is from a person who hired this attorney.
Hired attorney

I am a former Workers Compensation examiner/Consultant. I know Mr. Rutyna from the days I was an adjuster. I was and am always impressed with his knowledge and experience in the Workers Compensation ever-changing laws. When there was a complicated issue, I would always first consult him, prior to other WC attorneys I know in the field. As my clients were employers (high dollar self-insured clientele) was my specialty. And I would always recommend Mr. Rutyna to my clients. I had zero fear of his work would disappoint them or hurt my reputation. I also would refer friends, relatives to him for representation. He always had better than expected results/settlements. Now that I work for the public sector, I had a WC claim and the First-person I went to for representation was Mr. Rutyna. Mr. Rutyna explained to me that realistically my case was extremely difficult to prevail on. Approx. we settled my DENIED TWICE claim for a nice amount.
This review is from a person who hired this attorney.
Hired attorney

One of the top Work Comp Lawyers in OC

I was extremely pleased with the Settlement EDWARD J. RUTYNA just procured for me, who works with attorney Mastroni. I found this firm online in 2018 - and (after just settling my Work Comp case, several months later) - I now consider Edward prob. among the top Work Comp. lawyers in OC. I had called other firms, Ed seemed the most knowledgeable on the overall process - so I went w/ him and made the right call.. I had 2 depos, it was a dragged out process - by the Ins. cos (Hartford) - they approve certain dr appts. and reject others - back and forth Ed knew how to navigate through the medical / ins. system - with the opposing lawyers, AND insurance companies - I was facing off against the Hartford for a work comp case where I had a nasty head/eye injury - - The Hartford tried to start claiming I had pre-existing injuries, they were not approving my med. appts. they changed lawyers, all the typical Ins. games -but Ed and I stood firm in our position - and I got a good settlement. I will recommend Ed to *anyone*- he has numerous years of Litigation experience, and overall legal knowledge to get best results- any one needing a Workers Comp., or Civil attorney -call him.
This review is from a person who hired this attorney.
Hired attorney

Had a very informative consult with Mr. Rutyna today. I was very impressed with his knowledge of Workman Comp. and WCMSA. Both can be very complicated and confusing. Mr. Rutyna guided me through the process and brought up scenarios that I could never have imagined. His knowledge is priceless. I would highly recommend Mr. Rutyna. Thank you again.
This review is from a potential client who consulted with this attorney.
Consulted attorney

I highly recommend Mr. Rutyna. He gave me good advice regarding my workers comp. case. He answered all of my questions and provided me with recommendations in regards to my case.
This review is from a potential client who consulted with this attorney.
Consulted attorney

This morning I called the office to ask a couple questions, Edward was not in the office but I got a call back within one hour from Edward he was very nice and helped me to the best of his ability without being my attorney. Thank you
This review is from a potential client who consulted with this attorney.
Consulted attorney

I contacted attorney Rutyna for a worker comp case. He provided detailed information on wc procedures and offered advice on the different available courses of action. The WC system is complicated and this attorney explained it in layman terms for me. He was helpful and took his time during the consultation. Thank you.
This review is from a potential client who consulted with this attorney.
Consulted attorney

Edward sent me suggestions over the email and then when I asked Edward to resend the email, as they were blocked, he failed to resend. I made the mistake of sending him information on my case, which he asked for. Then he emailed me back saying my present attorney, who he knows, was very nice and very busy
This review is from a potential client who consulted with this attorney.
Consulted attorney
Edward Rutyna's response: This review from a potential client whom I declined to represent lacks credibility, and the reviewer provides a dishonest assessment. The reviewer asked me to look into her matter, which I did for free, and she sent me no fewer than seven emails, each of which thanked me for my time and advice. The reviewer is looking for a third attorney to represent her on a stress case that has gone on for years, and I politely declined. After I informed her that I would not serve as her lawyer and knew of no other attorney that might be interested, she has decided to attempt to besmirch me. I have no duty to resend emails that she deleted. Often attorneys are the bearer of bad tidings: I informed her that the defendant is under no duty to make a lump sum settlement offer and obtaining authorized psychological treatment out-of-state in her circumstances is not likely. I wish her well and she is free to consult with as many attorneys as she chooses and perhaps someone will agree to represent her.

Mr. Rutyna is an excellent work comp attorney in our area. He is knowledgeable and cares about his clients

I endorse Mr. Rutyna. He has vast experience representing both injured workers and insurance carriers, giving him a distinct ability to assess claims and provide sound advice.

Ed is an excellent attorney, extremely knowledgeable, and experienced in Workers Compensation Law. He knows how to get results and is a great advocate for his clients.

Edward John Rutyna is extremely dedicated to the practice and truly believes in justice for all.

Edward is an excellent attorney committed to providing the highest quality representation to clients. I endorse this attorney without reservation.

I endorse this excellent lawyer. Mr. Rutyna is an expert in his practice areas and a valuable contributor to the AVVO community.

I endorse this lawyer. Mr. Rutyna is an expert in his practice areas and a valuable contributor to the AVVO community.

Edward is an excellent attorney committed to providing highest quality representation to clients. I endorse him without reservation.

I wholeheartedly endorse this lawyer. Mr. Edward is a well-regarded and driven attorney who has provided exceptional legal representation to numerous clients throughout the U.S. With his extensive knowledge, broad experience and impressive professional skills, he is bound to invest his time and energy into achieving the best outcome for each case, regardless of its level of complexity.

I strongly endorse this lawyer. Edward's attention to detail is without equal and he is an expert in not only tax (we attended LL.M program together a decade ago and have maintained contact) but of course his main area which is Worker Comp. Very fine individual, pleasure to work with, and I would hire him without hesitation.

I endorse this lawyer. Ed knows the work comp world, both sides. He will get a top notch settlement for you.

Ed Rutyna is an insightful commentator here at Avvo. His reviews and endorsements indicate that he is a lawyer who has worked to earn the trust and respect of his clients and peers alike. I endorse Edward Rutyna, Esq.