I have been nominated by Superlawyers.com as 'Top Rated Criminal Defense Attorney in Costa Mesa, CA' every year since 2014.  When I'm not working to secure my client's freedom, I enjoy reading, yoga, and the beach. 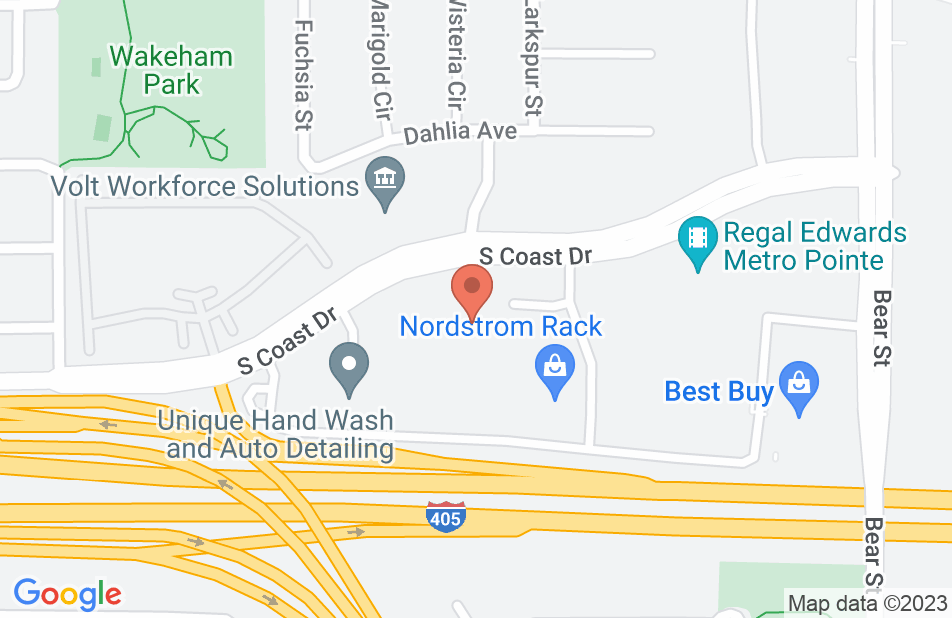 The one and only Lawyer I have ever felt confident about referring to close friends, clients and family members. Very educated, very thorough, knows the system in and out, knows the people running the show. Don't waste your time or money with others.
This review is from a person who hired this attorney.
Hired attorney

Correen Ferrentino is an excellent and brilliant defense attorney. She was able to defend me against a prosector who made extraneous claims and demanded a 97 month sentence when the Probation Officer recommended 51 months. Due to her attention to detail, interpretation of evidence, personal credibility and strong presentation skills, she was able to focus on the real facts of the case. This resulted in a 51 month sentence, which was the lower end of the recommended range. Our family is eternally indebted to Ms. Ferrentino and we wholeheartedly recommend her to anyone seeking compassionate, effective and professional counsel for complex defense cases.
This review is from a person who hired this attorney.
Hired attorney
See all reviews

Correen Ferrentino is a skilled litigator and champion for her clients. I endorse this lawyer.

Ms. Ferrentino is a dedicated hard working attorney who is a zealous advocate for her clients.

Ms. Ferrentino is a brilliant and tenacious litigator. Her criminal defense and appellate work is top notch. I endorse this lawyer.

Correen Ferrentino was a public defender for many years before going out and starting her own criminal defense practice. I was her first law clerk, and while working for her, I saw that she really knew the system, and cared a lot about helping her clients. Now, I send all of my criminal defense referrals to her, and she has really helped a few of my friends out of scrapes. I highly recommend Correen. You won't find a better criminal defense attorney in Orange County.

I endorse this lawyer. I have been a colleague of Correen's for over ten years and have had many opportunities to observe her skill as an attorney. Correen is extremely hard working, caring, and effective in achieving the best possible results for her clients.

Cori received not guilty verdicts for her client in one of the biggest gang cases ever filed in federal court. This was an unparalleled accomplishment. She has an outstanding reputation in the legal community. She is trusted by some of the most revered attorneys in the area to write their appeals and their motions.

I endorse this lawyer as a very diligent and competent criminal defense attorney.

I have known and respected Cori Ferrentino for many years. As a prosecutor for 13 years, I watched her earn her well-deserved reputation as an knowledgable, aggressive and tireless â€“ and absolutely ethical â€“ defense counsel. I recently had the good fortune of working closely with her on a post-conviction case in which her client was facing 32-years-to-life following his convictions for attempted murder. After the jury returned its guilty verdicts, the defendant fired his attorney and wisely hired Ms. Ferrentino. Because of her hard work, the prosecutor agreed not to oppose the motion for new trial. The prosecutor also agreed to a non-life sentence that will allow the client to spend a determinate number of years in prison and be freed while he is in his early 40's. She truly saved his life, and I know few other attorneys who would have accomplished this. I would recommend her services to anyone in need of criminal defense representation

I endorse this lawyer. She is a standout litigator. She handles state and federal trials and state and federal habeas corpus cases. She goes the extra mile and is smarter and harder working than many attorneys. Cori is very bright and cares deeply about her clients.

I give Correen Wiley Ferrentino my unqualified endorsement. In my twenty-plus years as a prosecutor she is one of the most intelligent, competent, ethical criminal defense attorneys I have dealt with. I would feel very comfortable referring anyone in need of an expert in criminal defense to her.

I endorse this lawyer. My family law client was wrongly accused of assault and battery by the mother of his child. His first criminal attorney advised him to enter a plea bargain although there were third-party witnesses that supported his version of the facts. Ms. Ferrentino was able to have that conviction set aside, and he was acquitted of all charges. I will definitely refer criminal matters to Ms. Ferrentino in the future.

Cori and I were public defenders together and thus I was in the position to observe her work first hand. Both while a public defender and now in private practice, she was and is a tireless advocate for her clients, leaving no stone unturned in resolving all of her cases of which all were important to her. Cory knows the law and knows how to use it to protect her clients. She is a wonderful and carrying lawyer.

I endorse this lawyer. Cori is one of the, if not the most, well rounded and knowledgable criminal defense attorneys in Orange County. She works extremely hard for her clients and regularly achieves fantastic results. Few attorneys can boast the kind of practice she has - she handles every kind of case, from DUIs to life cases, as well as writs and appeals.

Ms. Ferrentino is an excellent lawyer with skills in all areas, including trial practice, motion work, and post conviction matters. She works hard for her clients.

Ms. Ferrentino is an outstanding attorney. She enjoys a wonderful reputation in the legal community amonst judges and other attorneys. She is completetly committted to her clients and cause. A true professional.