Aggressive military representation! If you are looking for an attorney who has the background and experience in military law and has a track record of proven success, YOU NEED ME!

In 2017, I retired from the Navy Judge Advocate General’s Corps (JAG), after achieving the rank of Captain. Prior to retirement, I was a Senior Military Judge for the Navy-Marine Corps Trial Judiciary, Southwest District, Western Judicial Circuit, in San Diego, where I adjudicated the full spectrum of over 200 felony and misdemeanor criminal cases, including numerous sexual assault, fraud, property crime and drug cases, as well as officer misconduct.  I presided over all aspects of the court-martial process.  In addition to serving as Trial Judge, I was previously a Senior Appellate Judge on the Navy-Marine Corps Court of Criminal Appeals, adjudicating over 500 criminal appeals. While in the Navy, I prosecuted and defended military members in over 150 felony and misdemeanor cases, with offenses ranging from larceny to murder.  I also served as Staff Judge Advocate to numerous flag officers over the course of my career.  In 2008, I received the Navy JAG Corps’ certification in the Military Justice Litigation Qualification track.

I received my Master of Laws (LLM) degree in trial advocacy from California Western School of Law and I earned a Certificate in Judicial Development in General Jurisdiction Trial Skills from the National Judicial College.  I earned my B.A. from Wayne State University and my J.D. from DePaul College of Law.

Besides my legal work, I have taught at military law symposiums in India and Mexico, and conducted numerous trainings for Navy personnel on the subjects of litigation and Victim-Witness Advocacy.  I am a member of the Chicago Bar Association and the San Diego County Bar Association. I serve as a volunteer for the Girl Scouts. 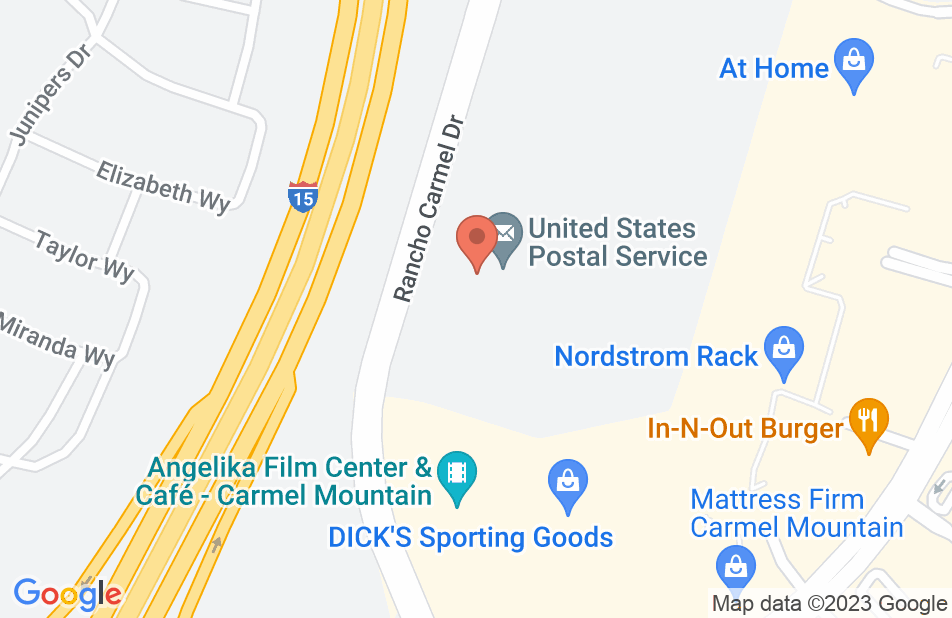 Ms. Payton-O'Brien is a must for legal representation! I researched many attorneys for assistance with a military matter and I was drawn to Beth following a review of her qualifications, background, experience, and my initial phone consultation. Not only was I beyond satisfied with her counsel and representation, but Beth surpassed all expectations of the end result! I will be forever grateful for her compassion, her representation, and her professionalism. You cannot go wrong with retaining Ms. Payton-O'Brien - you will only have regret if you do not hire her!
This review is from a person who hired this attorney.
Hired attorney

Bethany was referred to us by a friend, she was able to win my appeal and secure my career in the Navy. I was later found not guilty of the charges by the commodore and I could now focus on my transition out of the military. The process went a lot faster than I had expected, but Bethany was fast-thinking and on top of all the paperwork. She is an expert litigator, and I'm grateful for having her representing me. We cannot thank you enough for your dedication, honesty, sincerity and hard work.
This review is from a person who hired this attorney.
Hired attorney

PROFESSIONAL, KNOWLEDGABLE, PERSONABLE AND AVAILABLE WHEN YOU NEED HER

I specifically asked for Bethany Payton-O'Brien because of her background as a retired Navy Captain in the Judge Advocate General Corps. I was not disappointed. Bethany spent over 15 hours going through evidence files and was able to corroborate everything that I had said in my statements. She contacted me immediately with updates and wasn't shy about giving me solid recommendations with pros and cons. I felt as though she held my hand across the miles walking through the litigation and as a result of her hard work, expert communication and writing skills, we won the case. If I ever face litigation again - I certainly pray that I don't, I will immediately contact Bethany. HIGHLY RECOMMEND HER, 5 STARS AND TWO THUMBS UP.
This review is from a person who hired this attorney.
Hired attorney

Beth is an excellent military law attorney. I have known her for decades.
This review is from a potential client who consulted with this attorney.
Consulted attorney

Beth is an excellent military law attorney. I have known her for decades.
This review is from a potential client who consulted with this attorney.
Consulted attorney

Hiring Beth was an easy choice. I was skeptical of reviews because you never know who is writing them but I can assure you I am very real and ended up in a possible situation that could have ended my career. I’m an E-7 in the Army and was facing an Article 15 which would have led to a QMP. Beth wrote an extremely well written letter to the Commander and the AR-15 ended up being torn up and thrown out. She has experience as a judge, prosecutor and defense attorney which helps her look at your charges from every angle. The only mistake I made was cooperating and giving my statement to the IO before hiring Beth. Talk to a lawyer before making any statements. You have to protect your rights and what I learned was how stacked against you the military law system is. It didn’t matter! Beth saved my career and I will always be in her debt!
This review is from a person who hired this attorney.
Hired attorney

While assigned as a Navy lawyer, Beth worked with me on a high profile, complex investigation which received international attention. Her advice to command and guidance to law enforcement was crucial to the success of the case. Beth is the consummate professional and has my unqualified recommendation.
This review is from a potential client who consulted with this attorney.
Consulted attorney

She helped me with a military legal issue. I highly recommend her! She knew her stuff and was able to quickly answer all my questions.
This review is from a person who hired this attorney.
Hired attorney

I've known Beth for over 20 years. We first met as opposing counsel back in Norfolk, Virginia. Although I was a defense counsel and she was a prosecuting attorney; it was clear that justice was her objective and we became close professional colleagues despite our opposing sides. Although our positions have changed over the years including tours as trial and appellate judges; two things that have never changed are her legal prowess and integrity. Beth is a talented litigator who knows a military courtroom and the courts-martial process. And she never wavers from doing what is right and providing the best representation for her client -- it is part of her DNA. Both these attributes made her formidable in her naval service and will serve her well as a civilian attorney.

I strongly endorse Beth. She is a skilled litigator with an encyclopedic knowledge of military law.

I wholeheartedly endorse this lawyer. Bethany was trial cousel on a number of cases against me in 2005-2006 while practicing military law in the Southeast. I have seen her in motions practice, direct and cross examination, and sentencing arguments. In each area she was supurb. She was extreemely tenatious and agressive, but wise enough to apply this to the right issue and at the right time. She was also open, receptive, and took the time to consider any and all matters I presented in mitigation and extenuation for my clients. Her knowledge of the law is exceptional and I cannot think of a better counsel to have worked against.

Bethany Payton-O'Brien is an exceptional attorney with superior expertise in military criminal and administrative law. She passionately and professionally protects the rights of her clients. I highly recommend her to anyone facing a military law matter.

Bethany is a leader in her field. In addition to her skills as a litigator and trial attorney she also has many years of experience in a diverse number of critical and complex areas. She also practices with the highest degree of professionalism and ethics.

I have known Beth Payton-O'Brien for over 18 years, and had the pleasure of working with her throughout her outstanding Navy career as a judge advocate. Beth consistently demonstrated the ability to analyze important legal and policy issues related to military justice, and provide recommendations that were always well thought out, principled and fair. Her superb work ethic, unsurpassed professional expertise and committed leadership consistently produced outstanding results for the many service members she served. A superb litigator, Beth is a stellar advocate for her clients. I most strongly recommend her to any one who has military law issues and wants a zealous advocate by their side. Bruce MacDonald Vice Admiral, JAGC, USN (Ret.) Former Judge Advocate General of the Navy

I endorse this lawyer. I worked with Beth in numerous capacities throughout my 20-year career as a Navy Judge Advocate. She was one of my supervisory attorneys at the beginning of my career and I tried cases in front of her during her tenure as a Military Judge. Beth was highly regarded throughout the JAG corps as an expert in many areas of military law, but particularly as a zealous advocate and litigator, and a Military Justice expert.

I have worked with Beth in several capacities: initially, I was one of her supervisory judges; then she was an appellate judge reviewing my trial level decisions; and finally, we were peers as senior trial level judges. Regardless of the capacity, she has always been a consummate professional well-versed in the law! I often sought her sage advice on difficult issues. Highly recommended on any matters related to military justice!

I endorse this lawyer. She knows the rights of the accused and can analyze a situation clearly and succinctly in a manner that any client can use to help aid their cause.

Bethany is an extremely intelligent attorney with a keen wisdom concerning all matters related to military law. As a former Judge in military courts Bethany brings a unique sage knowledge to her practice which will go a long way to helping everyone she represents. I highly endorse this attorney in the strongest possible manner as her tremendous experience is simply unmatched.

Beth is a fantastic litigator with a peerless knowledge of, not only the military justice system, but also of the mindset of military juries and commanding officers. This unique understanding makes her an exceptionally effective litigator and she has my strongest endorsement in the field of military law.

Bethany is the consummate professional. She is highly ethical, tenacious, and a brilliant attorney.

I have known Beth for 25 years, most recently as fellow military judges. She is a dedicated, focused attorney. Her reasoning and research is laser-focused. She quickly identifies issues and a resolves them in the best interest of her clients. Beth's ethics are above reproach and I would highly recommend her to any potential client.