Mr. Albertson, the youngest of three children, grew up in Riverside, California. After high school Mr. Albertson joined the United States Army. After finishing basic training, advanced training, and airborne school, Mr. Albertson was assigned to the 2nd Infantry Division in South Korea, Camp Casey, where he spent one year soldiering near the Demilitarized Zone (DMZ). After completing his tour in South Korea, Mr. Albertson was assigned to the U.S. Army’s elite 82nd Airborne Division where he served as a paratrooper for over two years.

After completing his commitment to the U.S. Army, Mr. Albertson attended law school and received his law degree from Loyola University New Orleans School of Law and his masters in tax law (LL.M.) from the Georgetown University Law Center. Prior to law school, Mr. Albertson earned his B.S. from Southwestern Adventist University.

Mr. Albertson is an adjunct professor of law at Chapman Law School, located in Orange County, where he teaches the Wills and Trusts course.

Mr. Albertson is an instrument-rated pilot. He owns and flies a Cirrus SR22. 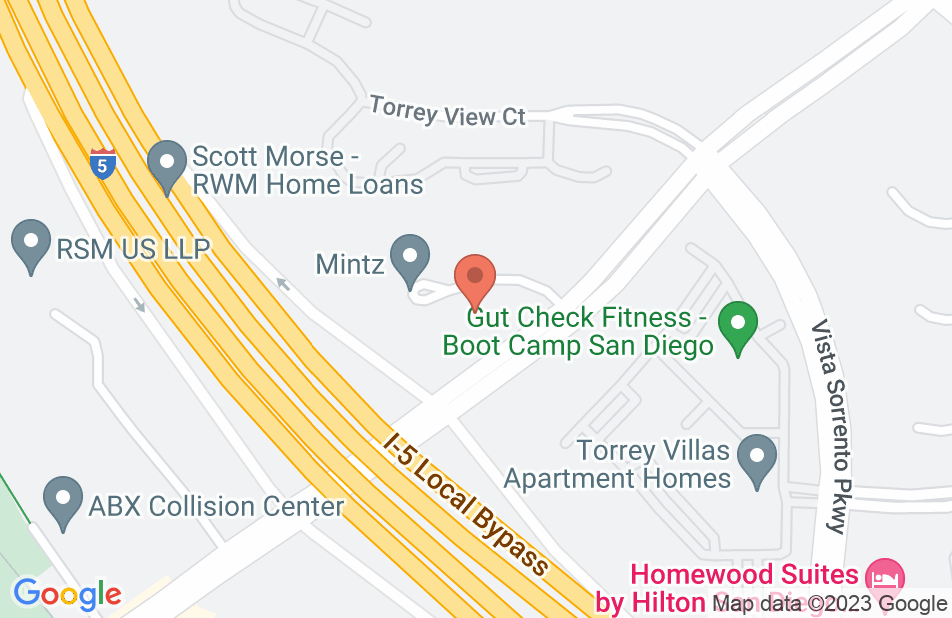 Stewart is an outstanding attorney, who goes above and beyond the call of duty. Highly recommended. A+

I had three Trustees who refused to communicate or work with me on any level. They were rude, hateful, dishonest, and they did not care about me or my interest in the Trust. My trust was losing money month after month. I went to several lawyers for help and they told me that nothing could be done, and that I didn't have a case! I then met with Stewart Albertson at Albertson & Davidson, LLP and he accepted my case. Stewart helped me when no one else wanted to! After several years of aggressive litigation by Stewart and his team, he was able to get the three Trustees removed, not an easy thing to do under California law. A new trustee, receptive to my needs, was appointed. I will soon be receiving an outright distribution from the Trust. I can't thank Stewart and his team enough for all they did for me. They take a personal interest in their clients, and genuinely care about them. They go above and beyond the call of duty. I highly recommend Stewart and Albertson & Davidson, LLP to anyone who is a beneficiary being abused or mistreated by Trustees.
This review is from a person who hired this attorney.
Hired attorney

For two weeks I searched and called many lawyers about my situation and no one wanted to take or even listen to my case. I called Albertson and Davidson and was greeted by an assistant. She took the time to listen and said she would have Stewart contact me. Within the hour I received a call from Stewart. I explained my case to him. He was patient and kind and explained everything and answered all my questions. Later that evening he accepted my case. Stewart Albertson and his team were professional and understanding all through the case. I highly recommend Albertson and Davidson.
This review is from a person who hired this attorney.
Hired attorney

Stewart is a first class lawyer. He has an extraordinary knowledge of the law. He is absolutely committed to clients and he has great respect in the California legal community. When I think of a lawyer who is highly committed to his clients, a fearless advocate and bright and creative thinker I think of Stewart.
This review is from a potential client who consulted with this attorney.
Consulted attorney

I am a current client of Mr. Stewart Albertson. My experience with Stewart and his staff has been superior. I was skeptical and reviewed many attorneys as my case was a class action matter. From the time that I was initially introduced, I knew he was the right attorney for me and my situation. He has been there for me when I was at my worst. He is ethical, patient, thorough, understanding and explained things thoroughly in terms that I could understand. I highly recommend Stewart Albertson and his team to assist you with your legal matter. The first of two cases has settled and I am happy to say that if it were not for Stewart and his legal team I don't think it would have happened as quickly as it did.
This review is from a person who hired this attorney.
Hired attorney

Four years ago I used him for a court case and was very happy with his expertise and the professional, intelligent way he presented himself. The outcome of the case was successful. A few months ago Mr. Albertson drew up several documents for me. He was very knowledgeable and gave great information to me.

Bounced me around from Partner to Partner

I contacted this firm two years ago to represent me on a trust matter. I was impressed by their eagerness to help me and thankful no upfront cost had to be paid. Only a percentage, albeit a large one, of the estate. The first attorney that was assigned my case filed a petition on my behalf. Before that petition could be heard in court I was assigned a different attorney. And when questions arouse regarding information I was given by the filling attorney, which conflicted with the information I was receiving now from this new attorney, they refused to allow me to speak with the previous attorney. Sadly, after four months it became painfully clear they had no Intention of following through on the actions they promised during our consult. I believe they “represented “ me once or twice in court for a maximum of 30 minutes total. Yet I had four different attorneys throughout the four months they represented me. In a not at all unrelated matter... My children and I are going to be homeless unless a miracle happened by 9/16 but at least my attorneys got paid.
This review is from a person who hired this attorney.
Hired attorney

Avoid him unless you want the plague

Accepted and filed my case... within days of the response by the defendant,Albertson,without notice dropped my case. Needless to say, it was very near impossible to recoup after this blow. Highly unprofessional. This man personifies all of the negative things about lawyers.
This review is from a person who hired this attorney.
Hired attorney
Stewart Albertson's response: The attorneys at Albertson & Davidson zealously represent and fight for our clients. There are times when we intake difficult cases, but make sure to communicate with prospective clients that the case is more difficult for various reasons. Additionally, there are times when after we've taken in a case we find facts that make the case extremely difficult to take forward. In those cases we are honest with our clients and explain why we are unable to take the case forward, i.e., no real chance of proving liability or recovering damages. We understand this can be disappointing to some clients. Replying specifically to Christopher's review above, we did give notice. And, we refunded all attorneys' fees in the matter.

I endorse this lawyer. He is willing to go out of his way to help out and is a true professional. He is a credit to our legal community!

I highly recommend Stewart Albertson as a trial attorney, with a focus on Trust, Estate, and Probate litigation. I first met Stewart as opposing counsel on a matter, and immediately found him to be very likeable, confident and well-prepared, with a mastery of the law and a high level of poise and experience in the courtroom. He fights hard for his clients, but is also professional in all of his interactions. I have since observed Stewart firsthand, representing related parties on a long-running case, where he has again shown an incredible range of insight and experience, in motion practice, depositions, and especially in the courtroom. He is always working to find new and innovative approaches to help his client, and I have great faith in his ideas and his ability to execute on those ideas. I have learned and benefited greatly from seeing Stewart in action over the past year, and will continue to do so. I am always confident referring clients to Stewart and his firm.

Stewart is a highly knowledgeable attorney, especially in the area of trust litigation. I often turn to him when I need help or need a referral for clients. Thank you Stewart!

Stewart is a brilliant and ruthless litigator. He believes in his clients and is dedicated to advocating on their behalf. It has been a pleasure to be able to watch and learn from him.

Attorney Albertson has an unparalleled passion for the law. He is a tenacious and meticulous litigator. He demonstrated these qualities every time I dealt with him.

I have had the pleasure of knowing Stewart Albertson for going on 10 years now. He is an extremely intelligent and articulate lawyer who is focused his practice in the area of estate planning and litigation. I personally consulted with Stewart regarding several of my clients. He is on my short list of "Go To" attorneys when I have a challenging legal question. I would highly recommend him to handle any legal matter. I endorse this lawyer.

I highly endorse this lawyer. I have known Stewart for several years. We have worked together on estate and trust cases and have also opposed each other. I find Stewart to be highly intelligent and energetic in trust matters and have referred cases to him where I have a conflict.