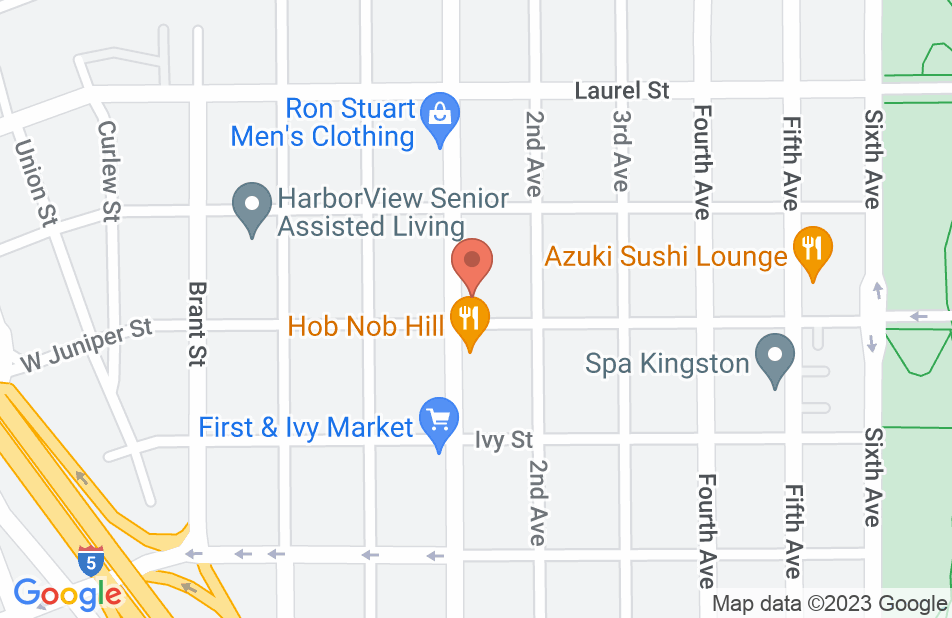 Being the victim in an auto accident is an horrible experience, especially when left with permanent injuries. I interviewed 2 senior personal injury attorneys before Mr. Sibley, and neither wanted to take my case because they did not think they could get much for themselves in a settlement. Then I was referred to Mr. Sibley and I was delighted that he would take the case. I knew he was a driven top notch attorney when we met. His professional skills, knowledge of the field, his manner, and sense of justice impressed me on day 1. It was clear to me that he was up to date on all the specifics to win my case and he had an amazing drive and stellar personality that gave me great assurance that he was the lawyer that I needed. Trusting your attorney and having the utmost confidence in him helps to reduce the personal stress of what I knew would be a lengthy legal affair. He was always punctual, kind, on the ball, polite, and clearly very learned with the latest information for a case like mine. He fought for me and always kept me well informed. If I ever had to seek the services of a PI attorney, it would be Mr. Sibley. He never failed to keep his word, and he knew the best strategy to take with each step. I hold him in the highest regard. Thank you Mr. Sibley!!!!!!!!!!!!
This review is from a person who hired this attorney.
Hired attorney

After struggling with insurance for weeks after a car accident on my own, I found Aaron who took over all of my troubles. He did such an amazing job working on my settlement and made sure I wasn't taken advantage of by the insurance company. He did all of the hard work, while always keeping updated on what he was doing and making sure I had a say in everything. Thank you Aaron!
This review is from a person who hired this attorney.
Hired attorney

After experiencing the loss of everything I owned overnight, through cyber fraud, I felt devastated. I was suddenly homeless, living in my car with the crook trying to access my next paycheck. I had no cash, savings or retirement left, from which to see a lawyer. However my good friend stepped in. She called the best law firm she knew, and she had worked with many of them during her professional life in San Diego. Workman Law was her first choice. After hearing from my friend about my desperate situation, Workman Law invited me to come see them, first thing in the morning. At that time they listened, and asked a lot off questions. In the end, their advice to me was clear and sound. To get started, I had to file a police report in Carson California, the city where the crime took place. So I went to the Carson Police Station, but was condescendingly told that I had no case. I was quickly sent away. I went back again. The same thing happened to me. Each time I was there, i was treated like a dumb, stupid woman and was cordially brushed off and dismissed in just a few minutes. They would not allow me to file a crime report at the police station. The officer who last spoke to me was smiling, shaking his head, obviously trying not to laugh as he sent me away. So you know what Aaron Sibley did? He drove all the way from San Diego to Carson California and showed up at the police station. He stood there with me, in the lobby, telling the policeman the very same thing that I had told them before. To my surprise, within 10 minutes, we were sitting in a private office with an entire team of officers interviewing me, about the crime. Aaron sat there and listened, as I told them what had happened to me. The officers listened very carefully to me this time. My criminal case was filed that day Now the LA police Cyber Crime unit is investigating this $350,000 cyber fraud. If convicted of this felony, the crook will go to jail and thus be prevented from conning other unsuspecting folks out of their life savings. Aaron refused any compensation for his time at the police station, or for all his phone counsel. Because he is a Civil Attorney, not a Criminal Attorney, I could not actually hire him. Yet, he said this was the right for him to to do. So that the proper authorities, the police would get involved. There was a crook out there, deceiving and ripping off other unsuspecting people, that must be stopped. So ladies and gentlemen, if you are searching for an attorney that will go the extra mile (or 100 miles!) and stand up for you, Aaron is your man. I am now hiring him as my pro-bono attorney, should this case ever become a civil matter. I highly recommend him. He will go the distance for you.
This review is from a person who hired this attorney.
Hired attorney

Almost 5 years ago I had a life changing car accident. My car a classic had recently completed an overhaul she was and is a beauty. I was rear ended while sitting at a stop light the damage to the car could have been worst but being in neutral helped yet I was violently thrown around the cabin area and my wrist went into the dash board. The damage to my wrist - elbow and neck took away my career as a professional Trombonist. Most attorneys said they were not interested since I had to sue my own insurance company to get them to make up for the under insured person who admitted to hitting me because he was pointing out the cool car (mine) to his son he forgot to step on his brakes. I met Mr. Sibley and after reviewing documents he took me on as a client. Initially, I was concerned by his youth. My concern were ultimately allayed when I found out that one of his specialties is wrist injuries. Between the VA and Mr. Sibley's referrals they found a musician wrist specialist who I had to interview with for acceptance. I passed the test. It was determined that surgery should not be done since it could leave me in worse shape. They agreed on another specialist for musicians and we took a chance on stem cell injections in the wrist. IT IS WORKING. The insurance company was for a lack of better words was horrible to deal with and they kept delaying settlement. I was insured with them for 28 years and no accidents. Finally, the stars aligned and we settled my medical bills and I have a little extra to put away in an HSA account for future medical care for my wrist. Aaron's, humanity, knowledge, empathy and strategy worked. I have nothing but kind words to say about this young man who was like Don Quixote in looking out for my interests. If you have an injury consult with Mr. Sibley he is an amazing in his approach. He took me from a very dark spot and gave me hope. I now am going through physical therapy to be able to play my horn again with confidence. It will never be perfect, yet with a small jazz group it works well and I can pace my playing to avoid over extending. Thank you Aaron Sibley your the best.
This review is from a person who hired this attorney.
Hired attorney

I was involved in a bicycle accident with a moving vehicle. I broke both elbows and several ribs. Aaron quickly contacted the other party’s insurance and even though a police report was not filed, he convinced the insurance company that the accident was caused by the defendant. We were able to get compensated for pain and suffering up to the limits of the defendant’s insurance policy. I was surprised how easy the whole process went with minimal involvement on my part...I had already suffered enough. I would highly recommend Aaron on his professionalism and his quick and efficient way of handling my case. Thanks Aaron!
This review is from a person who hired this attorney.
Hired attorney

I had been involved in a terrible accident when I was referred to Chris and Aaron by a trusted friend. I was worried because I had never been in a situation like this before, but after my first appointment my worries were met and I was assured that I would be taken care of. Chris and Aaron provided outstanding service and kept me informed every step of the way. I would highly recommend them for any legal needs one may have, they did an excellent job and I would definitely use their services in the future if needed.
This review is from a person who hired this attorney.
Hired attorney

Mr. Sibley is a conscientious, well-prepared, caring attorney. I needed assistance in filling out a medical form after having taken a fall on someone else's property. He returned my call immediately and he advised me over the phone without regard for the time necessary to afford me peace of mind. He receives my highest recommendation!
This review is from a potential client who consulted with this attorney.
Consulted attorney

I found myself in a situation where I never thought I would be and needed an attorney that would support my case, alleviate my fears/concerns and win my case. Aaron went above, beyond and took full charge. My case was ultimately dropped by the other party BUT only because of how well Aaron prepared, investigated the truth and represented the facts. Not only was I successful, Aaron legally ensured I would never be accused again by the accuser. I would recommend Aaron to anyone seeking council.
This review is from a person who hired this attorney.
Hired attorney

I had a consultation with Atty. Aaron Sibley and he acted very professional , respectful, and was very nice. He can answer your question very quickly. Right away I could tell he was well educated and smart. He told me to call him anytime I have questions, and he will call me back whatever time I ask him. He really helped me out and gave me good advise. I really recommend Atty. Aaron Mathew Sibley if you are looking for an excellent attorney.
This review is from a potential client who consulted with this attorney.
Consulted attorney

Aaron Sibley is a superstar member of the team known as the Law Office of Chris Workman. His legal expertise helped ease the pain of feeling lost and confused. He listened well and answered all my questions with patience and clarity. He paid attention to my concerns and was caring. I felt supported and guided in a professional and friendly environment. He is brilliant with a balance of compassion and rationality.
This review is from a person who hired this attorney.
Hired attorney
See all reviews

Aaron is the ideal personal injury attorney, friendly, professional, and hard working. I recommend him for any PI matters.

Mr. Sibley is a knowledgeable lawyer. He is able to spot the issues of a case and develops practical and effective legal strategies accordingly. As a zealous advocate for his clients, he also understands their concerns. I fully endorse Mr. Sibley.