My practice is located in Los Angeles, California and I am available to help and assist clients all throughout California. The focus of my practice is bankruptcy law and personal injury. I would say one thing that my clients appreciate about my practice is the direct access that they have with me, and the personal attention they receive upon retaining me. I offer free consultations over the phone or in person at my office. Please visit us at www.kohanlaw.com for more information about our firm. www.kohanlaw.com/bankruptcy 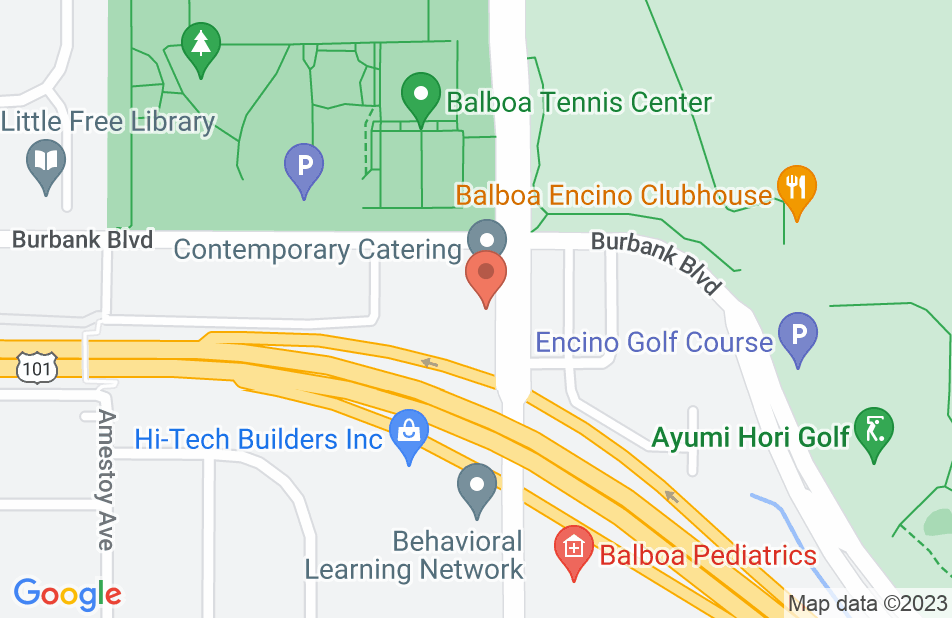 I hired attorney Kohan to handle a complex legal situation, not only he resolved my case , he also put me on path to recover from the situation. He was always accessible and his staff was there for me.
This review is from a person who hired this attorney.
Hired attorney

I have to write this review for Mr. Kohan because my family and I were very happy with his service. He explained things to us, walked us through the whole process, and returned our phone calls promptly. We were impressed with his knowledge and his ethics as a lawyer. By far the best lawyer we ever worked with!

Let's face it, nobody wants to file bankruptcy. It's usually an indication that, at some point, and for some reason, plans went terribly awry. But what's worse than things not going according to plan? Having to face the facts that you you may have to file bankruptcy. This happened to me. After calling around to multiple law offices, I came across Navid. As mentioned by others, he answered the phone, which was a surprise to me, and proceeded to immediately assuage my angst and dismay regarding my unfortunate financial situation. He then informed me of multiple options over the phone (pro bono consultation), and allowed me to make the decision that best suited my desires (I will admit, I initially felt slightly pressed to make a decision). I ultimately decided that Chapter 7 was the best thing for me at this time, and honestly felt somewhat like a degenerate for having to file bankruptcy. Noticing this, he continuously (he had to do it multiple times because of my willingness to revisit those erroneous feelings) "talked me off the ledge" (metaphorically speaking), and assured me that it was in fact possible to restore, not only my credit, but my entire financial portfolio within a few months time with diligent personal prudence regarding my finances of course. He was present throughout every step. Providing ample instruction and information. Followed up consistently. And took numerous calls, emails, and texts from me without any showing of annoyance on his end. I'm thankful for Navid Kohan for helping me through this time, and recommend him to all who may have encountered a rough patch financially, and are searching for a viable, affordable, and expedient solution. Thanks Navid.

Very happy that i retained Mr. Kohan, he has a hands on approach, working directly with you on the case, that is very rare now a days.

I have hired a number of attorneys in my life. I hired Navid Kohan after my divorce and a bankruptcy was required to help me through the transition. I will admit that Mr. Kohan's low fee's drew my initial attention. That being said , I received far more than I paid for! Mr. Kohan is a young attorney, however he has focused his practice and doesn't try to be all things to all people. He is very good at what he does, He is also a very effective researcher and is quick in answering questions. More importantly, all the answers he ever gave me were the correct ones. Navid was always available. Morning, Nights, Weekends, he was always there to take my call, or was quick with a return call or email. I can honestly report to you, the reader, that Mr. Kohan exceeded my expectations, and never disappointed me. One of the bright points of my bankruptcy was when Mr. Kohan showed me a legal way to eliminate the court ordered attorney fees that I owed my ex-wife's lawyer. It brings a smile to my face as I type it now. THANKS NAVID!!!! I highly recommend him as ab attorney.

He is one of the best attorneys i've had. , He gave me advise on what it was best for me and my family, the options I had. He kept me apdated with my case, he always answered my calls and emails, he is a very nice person he made me feel comfortable and calmed. Definitely a great attorney.

I would absolutely recommend Mr Kohan, he was extremely professional, kept me informed at all times, he was always reachable, there was never a time when I couldn't reach him. I will always refer to him should I ever need an attorney again. I felt that he genuinely cared, there was never a question he couldnt answer, his services are so great that ive been referring him to all my friends and family. I can't thank him enough for his service.

BEST ATTORNEY OUT THERE! THANK YOU FOR CHANGING MY LIFE FOR THE BETTER!

I don't know what i could have done without Navid. I am forever grateful for his service and how he help me and my family during the difficult times.

Attorney Kohan helped me file bankruptcy and relieved me of the stress that i was under. He was available to answer all my questions and made the process much easier than what i had heard from other people. I highly recommend attorney Kohan.

I was going through financial hardship. Attorney Navid Kohan helped me clear my debt. He is a great attorney, that helped me through this tough time. I like the fact that he handled my case the whole time. thank you.
See all reviews

Mr. Kohan is simply an exceptional attorney who I would recommend to everyone and anyone. I am a former judge, former magistrate, former prosecutor, and an attorney with 24 years of experience. I still learn from his answers on Avvo on a daily basis and I am constantly impressed.

Navid Kohan's great skill is being able & willing to answer complex legal questions in a straightforward and easy to understand way. I am proud to be able to have this opportunity to endorse Mr Kohan.

Navid is a great lawyer. I endorse him without any reservation

I endorse this lawyer. Navid is an excellent attorney who provides aggressive yet professional legal representation for those most in need. I highly recommend his services.

I endorse this lawyer. Very knowledgeable and goes above and beyond to get great results for clients.

I am impressed with Mr. Kohan's practice. I endorse this lawyer.

I am very impressed with Navid Kohan and his credentials. I endorse this attorney.

Mr. Kohan is simply an exceptional attorney who I would recommend to everyone and anyone. I am a former judge, former magistrate, former prosecutor, and an attorney with 24 years of experience. I still learn from his answers on Avvo on a daily basis and I am constantly impressed.

I endorse this lawyer. He has the patience and care necessary to help you through this stressful process.

I endorse Mr. Kohan. As evidenced by the number of questions he has answered on Avvo, he has a great understanding of the law. One can deduce through his many work experiences that he is a stellar attorney.

I sincerely endorse attorney Kohan! The answers of Mr. Kohan are consistently accurate, analytic and customized to the needs of the Avvo asker. These are exactly the qualities that every client would be looking for in hiring an attorney.