I love what we do and treat the practice of law as a noble profession that must be practiced with the right balance of aggressive yet honest and caring representation that is always guided by the best interests of the client.I am passionate about my clients' claims and love representing the underdog “David vs. Goliath.” 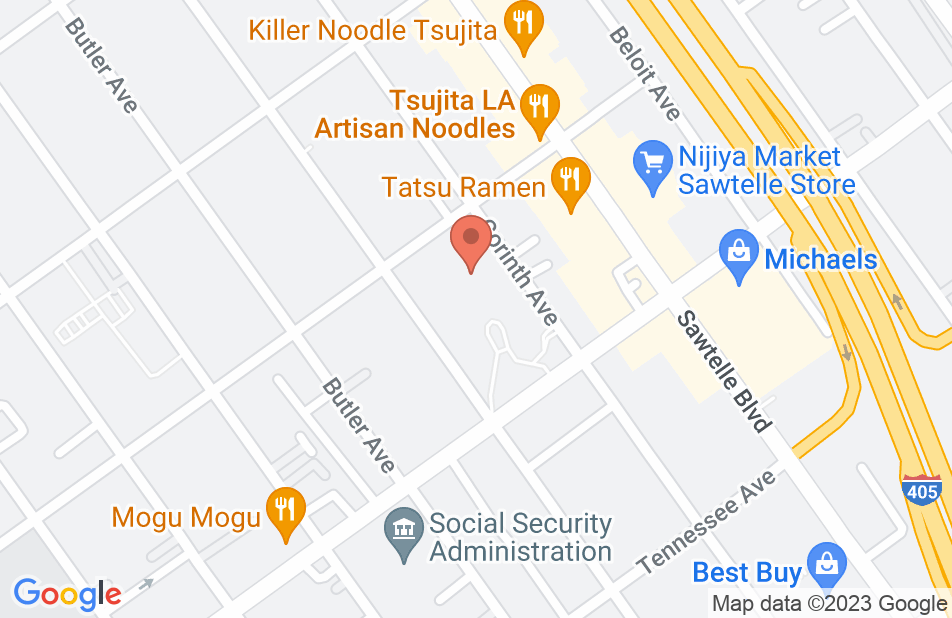 Mr. Kohen got me a $58,000 recovery on a vehicle that I had purchased three years ago for $60,000. He kept me informed during the entire process and was always available to answer my questions.

I would highly recommend attorney Isaac Kohen. He took my case on a contingency basis, when most lawyers wanted hourly rates. With him money is not first, but rather to help me solve my problem.

Mr. Isaac Kohen and Ms. Ayala Shad were an awesome team in taking care of my needs. They fought for me till the issue was properly resolved and made sure to keep me informed of the status of my case. I strongly recommend this team and consider them the best of the lemon law. Thank you guys for everything.
This review is from a potential client who consulted with this attorney.
Consulted attorney

The best attorney in Southern California!

I contacted Isaac on a referral from a friend of my son. I had purchased a 2014 Fiat in 9/2016. I had been advised that it had been a "buy back" car previously, but Fiat had gone through the car with a fine tooth comb and it was like brand new. This turned out to be a lie - the car was in the repair shop within a couple of weeks and they could not figure out the issue.. it took them 3 weeks. A month and a half later, same issue .. This went on through August the following year. When I took it in to the dealer, I was informed that my warranty had expired and I might be charged with the repair. I contacted a personal friend who is an attorney, he advised but had not handled any of the lemon law cases. That was when my son gave me Isaac's name. Before I contacted Isaac, I had contacted Fiat and made a formal complaint. The man who handled the initial investigation to see if the many trips to the dealer constituted this to be covered under the lemon law, did determine that the car was indeed still a lemon. He told me someone would contact me within the week. That didn't happen, so I contacted Isaac and explained my situation. He was diligent and kept me informed, gave me no false expectations, and was able to make Fiat see that they needed to settle. He was able to get me more than what Fiat initially offered... and paid off the loan and took the car back. All this in less time than what he expected it to take. I am extremely happy with his service, his counseling and his results. What a relief to finally be done with this vehicle. What a blessing Isaac is.
This review is from a person who hired this attorney.
Hired attorney

When life gives you a lemon, call Issac Kohen!

I purchased a brand new Fiat 500X in 2016. The vehicle had many issues including transmitions problems that would push me into traffic not including the vehicle turning off on me 4 Times. I sent the car into the service department 16 Times for repairs 4 of which the car had to be towed to the service department. I fought with the dealership, the manufactures, pursued arbitration and nobody wanted the vehicle back. I was harming myself and innocent people just by driving this car. I was being ripped away from work and opportunities and it began to effect my personal life. I feel as though I had nowhere else to turn. I called dozens of lawyers and most of them wouldn’t return my calls or they didn’t feel confident in my case. At this point I felt absolutely defeated and began to turly believe that It’s over. Just like that I got a call from Issac Kohen. He sounded very kind hearted on the phone and after explaining to him my whole ordeal he felt very confident with this case and after seeing his success rate I was very confindent as well. He set up a meeting with Me in his office ASAP. He further explained to me his tactics and got a copy of all my service department vists. He told me to record every time the car malfunctioned. He fought for me every single day. As our court case date began to creap up the manufactures lawyers started to bargain with me and gave me a offer of 6,000$ and I would still have to keep the lemon vehicle. Issac compiled all my videos and evidence and made it clear that there was no negotiations. He stood up for me when nobody would and because of that his persistence got me a FULL buy back of the vehicle. I got my down payment back in full includeing every single payment I have ever made of the vehicle for a year and two months. When it was time to part ways with Issac I couldn’t help but feel a bit somber. This man fought for me like how a father would fight for his child. No matter how many mental breakdowns this case gave me and no matter how many times I called his office (and trust me I called a lot) he was always there for me and listened and cared. For that, I am truly grateful!
This review is from a person who hired this attorney.
Hired attorney

Working with Isaac was an absolute pleasure. He knows his stuff, and produces results. If you are looking for an attorney to handle a "Lemon Law" case...you need look no further.
This review is from a person who hired this attorney.
Hired attorney

Mr. Isaac Kohen worked very hard to settle my case against Chevrolet about a lemon case. I purchased a used vehicle that turned out to be a total fraud. I contacted many attorneys but none were helpful. Kohen was prompt, honest and informative. Since our first meeting my family and I knew we couldn't be in better hands. He showed sincere interest about my concerns and was always upfront about what results to expect. It was a tedious process but Mr. Kohen always kept me informed no matter what. We won a victory this past July thanks to Mr. Kohen. My family and I are pleased with the outcome. Thank you so much!! He is highly professional, knowledgeable, trustworthy and shows true compassion for his clients, but at the same time he's aggressive in getting results. Highly recommended!!
This review is from a person who hired this attorney.
Hired attorney

Trustworthy, reliable, knowledgable, serious, responsible, responsive, committed to his work, easy to work with and communicate, handsome, intelligent, etc. he is awesome!!!

Thank you so much for all your work! Definitely the best lawyer out there!!

Thank you so much, Mr Kohen, for the great settlement you got for my daughter! My daughter was injured by the faulty design of a major home appliance and I was every hesitant to contact an attorney because I am a non confrontational person and getting involved in a legal matter was daunting to me. However, I realized that my daughter's injury was worse than I thought. A week later, a friend urged me to seek the advice of an attorney and I did. Mr. Kohen himself took the time to understand the full scope of the situation. He was very thorough and in addition to meeting with me he also requested that I send him photos of her hand. He took care of all the details in an organized manner. He was not just smart in the legal sense of things, but when he saw my daughter's hand, he really felt bad for her. I could see that he genuinely cared. He always responded to my questions within 24 hours and explained things to me with utmost patience. I would DEFINITELY recommend him to others. Thank you again.

Outstanding attorney!!! We highly recommend him.

Attorney Isaac kohen was so patient and understanding when he took my father's case. He explained things in plain English and guided him step by step through the process. He always made us aware of all the options available to us even if it meant he would make less in attorney's fees. What my father liked most of all was that he made us feel so comfortable and was always friendly. He always kept us in the loop with updates of any kind. And instead of bring directed to a paralegal, he gave us his own full attention. Thanks so much for everything! If you're looking for someone of honesty, integrity, and kick-ass negotiation skills, he's the one you want. He has definitely earned himself the rightful place as our family's lawyer, and we would highly recommend him to anyone we know.
See all reviews

Isaac Kohen is a great lawyer who relentlessly seeks the best deal for his clients.

Isaac Kohen is an experienced attorney whose participation and comments on AVVO show his commitment to serving his clients very, very well. He is an excellent attorney that I recommend wholeheartedly.

I endorse this lawyer. Isaac is an aggressive yet compassionate attorney who fights hard for his clients and gets excellent results.

I endorse attorney Kohen. He has impeccable integrity and very knowledgeable and experienced in his area of law. I highly recommend him.

I endorse this lawyer. Mr. Kohen donates his time and experience on Avvo, which is honorable.

I endorse this lawyer. Mr. Kohen is a true gem in the legal community. He is a person of solid integrity and an effective advocate who fights hard for his clients.