Scott McVarish is the founding attorney at the Employment Litigation and Negotiation Law Office, A.P.C. and the Immigration Law Office of Los Angeles, P.C. He focuses on solving his clients' problems in negotiation and litigation in state, federal and immigration agencies and courts. With an award-winning staff in two separate law offices, Mr. McVarish's teams can focus their experience on your wrongful termination, wage and hours claims, sexual harassment claims and complex immigration cases.

Scott has been chosen as faculty for national attorney conference and interviewed on NPR's Marketplace, the New Republic and nationally syndicated radio programs and in Spanish on Radio Guadalupe, La Opinion and Univision. He serves on the executive committee for the advocacy non-profit Clergy Laity United for Economic Justice- Los Angeles (cluela.org), focusing on matters related to employment and immigrants.  He frequently educates community members on their rights in trainings sponsored by churches, non-profits and unions.

Scott graduated from UCLA with a B.A. in International Communications (through the College of Honors Program), and then later earned a joint- J.D., and M.A. from the UCLA School of Law and School of Public Policy respectively.

In law school, Scott’s honors included winning the Equal Justice America Fellowship and was named UCLA’s first-ever LeBeauf Scholar and the UCLA Affiliates' "Student of the Year" award. Scott studied "Ethics and Theology" one year at El Seminario Biblico Latinoamericano in San Jose, Costa Rica and remains fluent in Spanish. At the age of 20, Scott wrote the book The Greening of New Zealand, published by Random House, detailing strategies of local environmental, labor and community groups in New Zealand where he lived for two years. 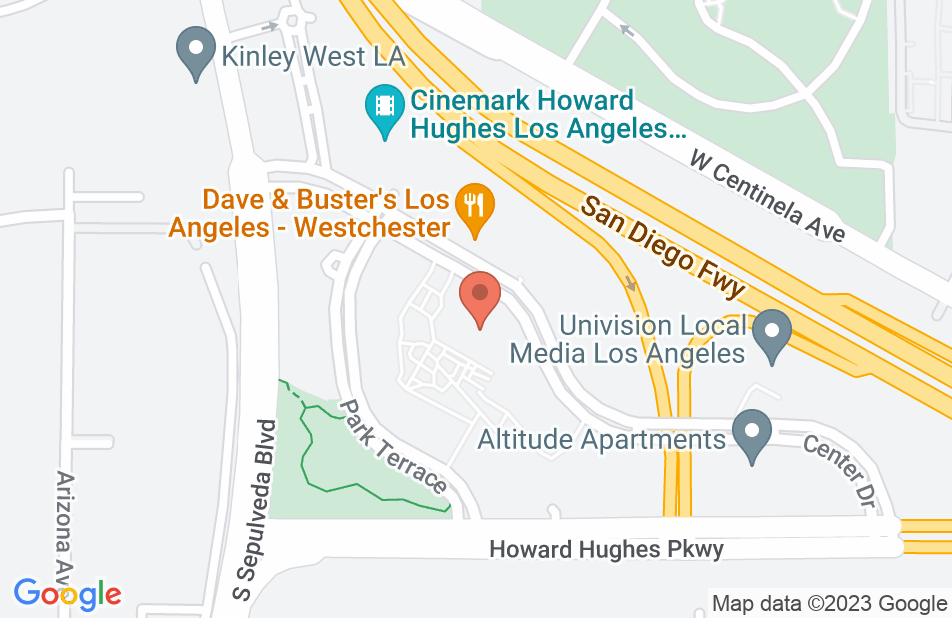 They helped to prepare and win my immigration case professionally. And, they are using the technology very well. Definitely recommended.
This review is from a person who hired this attorney.
Hired attorney

I came to Scott for assistance in my I-130 & I-485 application due to complications with my previous application which had been moved to Los Angeles due to relocation. Scott and his team was very helpful and set me up with a meeting to go over the application forms and the process of the interview with USCIS officer. Scott was very thorough made sure my forms were filled out and filed accurately. Although Scott was not able to join me in the interview he did have another attorney at my side in the interview and everything went very smoothly. I would highly recommned Scott Mcvarish for immigration attorney.
This review is from a person who hired this attorney.
Hired attorney

If You Want A Fighter For You

Scott Mcvarish cares and listens. Come mediation day he new the ins and outs of my case and fought for me. He made me feel heard and seen. He is very thorough, detail oriented and determined. He follows through and produces amazing compensation results, quickly.
This review is from a person who hired this attorney.
Hired attorney

If you have any immigration needs or issues, I would highly recommend Scott's services. Scott is highly knowledgeable about a very complicated system. I would not advise doing the paperwork without a lawyer and Scott is very honest and reliable, which is a must in this area. Any questions I had were always answered in a very timely manner. Gianina is a great part of Scott's team and was always great to work with. When dealing with immigration, the money spent on a good immigration lawyer is worth it and will more than pay for itself in the long run and Scott is the one I would recommend using. Scott and Gianina were always so caring and I cannot thank them enough.
This review is from a person who hired this attorney.
Hired attorney

Thanks to Scott and Gianina my naturalization process went as smoothly as possible from start to finish. Both are extremely professional, caring and positive people. The moment I walked through their door I could tell that I was in good hands. During our initial consultation we discussed potential issues in regards to some of my paperwork/ documents while at the same time developing a strategy on how to address any potential problems. Both Scott and Gianina were always available to take my calls and answered all of my questions thoroughly. Scott gave great advice and did a fantastic job preparing me for a successful interview. In retrospect my case turned out to be relatively simple, but just giving me the ease of mind throughout the process was worth every penny I spent. Overall I couldn't have been happier with my experience and wouldn't hesitate to recommend Scott to anyone who is looking for an immigration attorney in the Los Angeles area.
This review is from a person who hired this attorney.
Hired attorney

Mr. Mcvarish's and his team did a great job. Our case was complicated and we did everything in that was requested of us and Mr. Mcvarish got right on it and even though it took a while to get answers from ICE/Homeland Security, my husband finally became a U.S. Citizen this week.
This review is from a person who hired this attorney.
Hired attorney

Having had a green card's for 23 years I was very concerned about my eligibility for citizenship because of a legal issue I had in the state of Louisiana. Scott and his staff were able to obtain the necessary papers from Louisiana therefore proving that this issue had been resolved. After being initially very nervous everything was resolved satisfactorily and I took the Oath as a US citizen on December 13. 2016
This review is from a potential client who consulted with this attorney.
Consulted attorney

I have been holding my green card for more than 10 years now. Few years back then, I had a misdemeanor case, so I was worried to change my status. I consulted attorney, Scott McVarish and he was professional and very helpful to answer all my questions, helped me prepare for my application and went to the immigration interview with me. Scott McVarish is very knowledgeable, and confident. I believe he is a great choice to help your immigration process! Thanks to him and his office, I will become an American citizen on 2016!
This review is from a person who hired this attorney.
Hired attorney

I hired Scott services years ago and thanks to his professionalism and hard work I was granted my green card this year. I do recommend his services.
This review is from a person who hired this attorney.
Hired attorney

While working with Mr. Mcvarish I was impressed with his thorough knowledge of the law and found that he lived up to his reputation for being an aggressive and passionate advocate for his clients' rights.

Scott Daniel Mcvarish is an experienced attorney whose participation and comments in Avvo show his commitment to serving clients as well as his level of experience. He is an excellent attorney that I recommend wholeheartedly.

I endorse this lawyer. Mr. Mcvarish is honest, trustworthy, knowledgeable and passionate about helping others (qualities often absent in other lawyers). He is helpful to clients and even other lawyers because he is genuinely kind, evidenced by his ability to remember every single person's name that he meets. Additionally, he is one of the greatest advocates I've seen in the legal profession and will undoubtedly succeed at any matter he has to present before a judge or jury. I highly recommend him to anyone considering his services or in need of an immigration attorney.

I saw Scott speak as a panelist at the 2013 AILA Immigration Law Conference. He is an excellent speaker, and is clearly very knowledgeable about immigration law. I wouldn't hesitate to refer clients to him.

Scott Mcvarish is an excellent attorney. His writing not only shows an incredible wealth of knowledge in immigration, but also a strong commitment to his clients. Mr. Mcvarish sets the bar high for other attorneys in this field.

I am a criminal defense lawyer specializing in post-conviction relief for immigrants. In my line of practice it is critical that my clients are also represented by excellent immigration attorneys who can defend them against removal in the Immigration Court. I have had the opportunity to work with dozens and dozens of immigration attorneys in the LA area and throughout the United States. Scott is among the very best I ever worked with, certainly top 3 or 4. His knowledge of immigration law, dedication to his clients and integrity are of highest caliber. I endorse Scott whole-heartedly. I would go into the trenches with him any time.

I endorse Attorney Mcvarish. From his answers and time on Avvo, it is clear he is dedicated to serving those in need and his clients. It's rare that lawyers spend so much valuable time helping the community, for free, and I applaud him for doing it to such a great level. Kudos.

Justin Kennedy, Estate planning Attorney on May 22, 2013
Relationship: Worked together on matter

Mr. Mcvarish is a truly dedicated attorney. This is an attorney that you know will devote extra work to your case. It is clear that he takes each client's problems to heart. There is no other attorney in California that I would trust my immigration issues to more than Mr. Mcvarish. I endorse him fully.

Jeanny Tsoi, Immigration Attorney on May 6, 2013
Relationship: Worked together on matter

I endorse this lawyer. Scott is one of the best attorneys and mentors I've worked with. Besides being incredibly knowledgeable about immigration law, he is zealous about helping the less fortunate. Despite his busy schedule, he volunteers at different organizations to lend a hand. I am truly inspired by Scott. Moreover, If I am ever stuck with a difficult immigration matter, I know exactly who to go to.

Scott has practiced law for over 15 years. He speaks at churches and other organizations in English and in Spanish throughout Southern California. He is very knowledgeable in immigration law. What impresses me the most about Scott is his genuine desire to make a positive impact on the lives of the people that he serves.

I endorse this lawyer 100%. He is not only a savvy attorney but inspires everyone around him to help those under-represented. He is a true advocate for immigrants that do not have a voice. He educates and travels the world to fight injustice. He is fluent in multiple languages and has a great understanding of foreign cultures and world politics.