Whether you have been injured in an accident, hurt by the negligence of others, charged with a crime or going through a divorce or custody dispute, Mike's experience in the Courtroom and willingness to fight for you could be your most valuable asset at the toughest time in your life. If you are fighting for the compensation you deserve or against the jail time you don't, call Mike today. 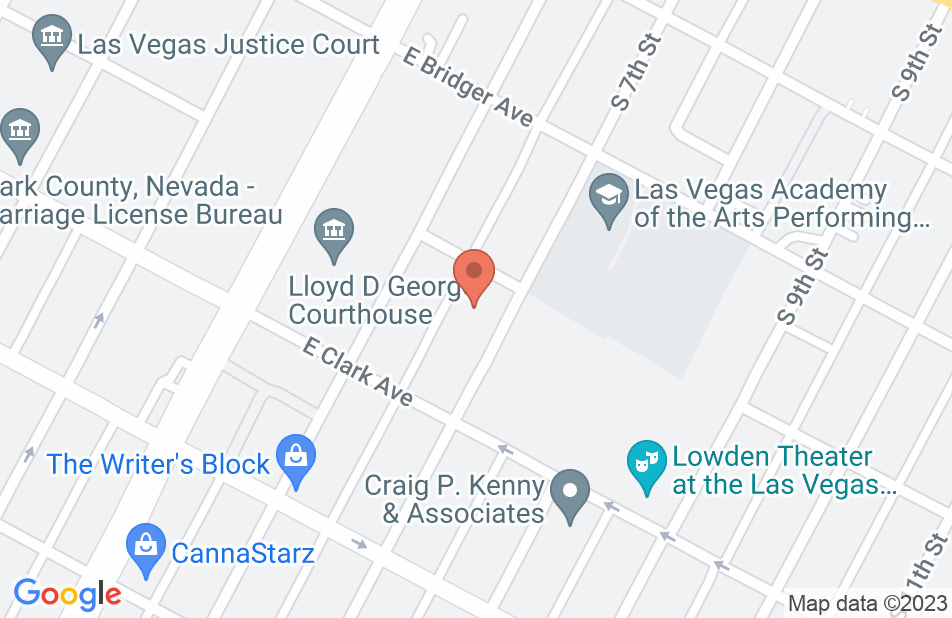 This is your guy!

Mike kept me well informed during every step of the process. He made me feel as if I were his only client. I can't thank him enough for fighting for me and getting me what I deserved!

Mike is the BEST!

I worked with Mike to handle my car accident and could not have been happier. I was scared and nervous about the whole process and he helped me feel at ease. he patiently answered all my questions, and took my calls after hours. He is extremely knolwegeable, trustworthy and honest, and best of all, he helped me get the settlement I deserved!

One of the best decisions I ever made was to retain Michael Kane in my auto accident case. He kept me well informed throughout the entire process, answered all my questions and returned my many phone calls promptly. I'm extremely satisfied with the settlement I received and highly recommend Attorney Michael Kane.
This review is from a person who hired this attorney.
Hired attorney

I had mike represent me for an accident case. I got a lot more than what I expected since the accident wasn't that bad. The service and results were great. I would definately use him again.
This review is from a person who hired this attorney.
Hired attorney

Kept me out of Jail!

I met and retained Mike Kane from the 702 firm because of my brother as he is and was a client. I had warrants that were lingering on my record for a long time and I just didn't have the money to handle it. I live in Northern NV so I don't talk to my brother all the time but when I heard about all this legal stuff going on, I gave him a call and asked if he could help since my warrants were left over from when I lived in Las Vegas. My brother gave me his number and when I called I have to say Mike was one of the coolest lawyer I ever talked to. Didn't even get into any kind of compensation until the end of the phone call. He told me, "Don't worry...you're Matt's brother and he is a valued client." The price he gave me was tied for the lowest out of 4 attorneys I talked to, and the one he tied to was some guy off Craigslist who literally just passed the bar 2 months ago. The prices I was getting from experienced attorneys was close to $2K and I only paid a small fraction of that. He even did one for free! Mike is awesome and I can't tell you how appreciative I am to him helping me out. I was out of work for a long time with an injury and slow economy, and Mike was really understanding of my situation. I don't live in Las Vegas any more, but if I ever have a legal problem, I'm going to the 702 firm. I used to cringe when I started my car because I was afraid of getting pulled over and going to jail. Thanks Mike!
This review is from a person who hired this attorney.
Hired attorney

Mike Kane is hands down the BEST lawyer in Vegas!

Don't waste time looking around for a lawyer, just retain Mike Kane. I don't know if I even hired a lawyer, or if I had a long lost cousin I didn't know about. Mike Kane has represented me on 4 different cases and every time has been a home run. He represented me in a construction defect case and he creamed the other side so bad, even I started to feel bad for the other guy! The other attorney had his legal a$$ HANDED TO HIM! Even the arbitrator looked at him like he was an a$$hole. I literally got my victory decision THE DAY AFTER and won on every claim! I even got my attorney fees awarded to me. Aside from his great legal know-how, at our consultation he had ideas like, "Have you checked the yellow pages for advertisements for the contractor advertising services he wasn't licensed for?" I was floored! He hadn't even been retained yet and he already came up with great evidence! I booked right away and I was glad I did as he hit a home run. The 2nd time I retained Mike Kane was for my car accident in which I was broadsided by a negligent driver. I had been in this type of accident before and when it was all said and done, I only got a settlement of about $7,500. Mike got me POLICY LIMIT! That's almost 7 times what another lawyer got for me in another accident a long time ago. The 3rd time I retained Mike Kane was for a criminal matter. Had warrants from 9 years ago that were never handled. I was told by 2 other attorneys would most likely do jail time as they were WAY tool old. Mike not only squashed going to jail, but got the fines reduced by 35%! UNBELIEVABLE! His staff is ALWAYS on the ball. Phone calls and emails are returned promptly and Mike even called me on Chrsitmas to give me a case update because he knew I was anxious. The service and dedication is OUTSTANDING at 702 firm. I'm a client FOR LIFE!

We met an hour before the hearing, but he represented me as though he knew the case!

I needed at attorney for a small claims case dealing with my mother’s Estate/Trust. Michael was referred to me the evening before the hearing. When I spoke to him, I immediately felt at ease and knew that he was truly interested in helping me. We met the following day about an hour before the hearing allowing him to review the documents for the case. Although Wills/Trusts was not his specific area of practice he was confident in his ability to adequately represent my case in court. When we came before the judge he represented my case, not as someone who met me an hour before, but as someone who was well-versed in this specific area of law and every detail pertaining to my claim. Michael was calm, witty, presented great arguments and very professional. Highly recommended.

Michael Kane has represented me in two cases. In the first case, Michael was co-counsel in a medical malpractice law suit. After waiting four years to get justice, Michael and his partners went to trial against a medical business for medical negligence. From the moment he took my case, Michael and his team at Prince & Keating laid out the case, with great compassion for me. His attention to detail and followthrough was seamless, and I felt confident that I picked the right lawyer to get justice. He did a great job representing me throughout the trial, being fully educated on all the science and facts involved in the medical injury case. The specific result was that we won. The doctor was found to be negligent and I received monetary compensation as a result of Michael and his teams great representation in the courtroom. He fought for me every step of the way. In a separate case, Michael Kane represented me in a domestic violence case. Again, his professionalism and attention to detail was excellent. He led me through every step and option, and followed through to the end result. The specific result was that the case was dismissed. In both cases, Michael won in the courtroom and I was very satisfied with his representation.

I worked with Mr. Kane on a recent settlement and was very happy with the results and the service I received. Mr. Kane was extremely professional and friendly -- he worked with me through every step of the process to keep me informed and was very thorough in his work. Even if I did not receive the results I would have wanted, I would still recommend Mr. Kane. He's good at what he does and provides great service.

Michael has been able to answer all my questions regarding my case . I felt comfortable in knowing that he understood my situation and trusted that he would be able to help me.

Mike is a very skilled lawyer with a good trial background. He understands the needs of his client and is willing to go to bat for them. Even though I have worked against Mike on several occasions, I would fully endorse him as a lawyer in this community.

I endorse this lawyer. When achieving only the best result is necessary, hire attorney Michael C. Kane to represent you or your family for wrongful death or injury related law suits. You will not be disappointed.

Mike is a great lawyer and very personable. I endorse this lawyer.

Mike is a terrific attorneys with great amount of experience in personal injury actions. When I have a conflict, I always consider referring people in need to Mike. I know he will take care of them.

Mike is first and foremost an advocate for his clients, who constantly is strategizing and determining the proper theory to attack when representing his clients. Mike has extensive experience in personal injury, and is an attorney I would refer clients to because I know he will fight for their case!

Tremendous advocate for his clients.

I have gone up against Mike on multiple occasions in civil cases. He is a bulldog for his clients; consistently representing their best interests.

I endorse this lawyer. Mike is a dedicated advocate who genuinely cares about the rights of his clients. He is courteous and great to work with. I have handled several cases with Mike and it has always been a pleasurable experience. Mike understands the issues and does not waste time creating issues but instead focuses on resolving the disputed matters quickly and at the least cost to his clients.

Mike Kane is a great advocate. He is extremely knowledgeable and thorough. His personal injury results speak for themselves and he went to the best law school in the world.

Mr. Kane is a talented attorney, good to work with, and an asset to the legal community in Las Vegas. He is well versed in many aspects of the law and I would highly recommend him.

I have worked with Mr. Kane on a number of cases as an opposing attorney. He is an extremely bright and capable individual. Mr. Kane takes great interest in achieving the best resolution for his clients, utilizing his tremendous litigation skills and outstanding advocacy techniques to maximize his results. He truly cares about his clients and makes it clear that their interests come first. I wouldn't hesitate to recommend Mr. Kane on personal injury matters.

I wholeheartedly endorse Mr. Kane. I have encountered him on the opposite side of several cases involvling complex medical issues. I was so impressed with Mr. Kane's knowledge, work ethic and abilities that when possible, we often now work together on cases.

Mike is a very talented, creative and hard working lawyer. I've seen him interact with his clients and it is clear he really cares about them and helping them achieve the best results.