Mr. Beethe is one of the nation’s leading, most-widely recognized equine law practitioners.  He is widely published in monthly Equine Law columns in nationwide magazines such as The Arabian Horse Times and Saddle & Bridle. He is also a featured speaker at many Equine Law seminars, including the National Equine Law Conference, sponsored by the University of Kentucky School of Law.

Mr. Beethe received a Master’s in Business Administration and Juris Doctor from the University of Missouri – Kansas City.  During law school, Mr. Beethe was the Editor-in-Chief of The Urban Lawyer, the American Bar Association’s official publication on real estate and government law, and the third most highly circulated law journal in the nation.  Mr. Beethe was also a member of the U.M.K.C. Law Review, where he published his Comment, Railroads Suing Injured Employees: Should the Federal Employers' Liability Act Allow Railroads to Recover From Injured Railroad Workers For Property Damages?  Following law school, Mr. Beethe excelled on the Arizona State Bar Exam, achieving the third-highest score.  He is currently a member of the State Bar of Arizona, and is also admitted to practice in the Arizona Supreme Court, Missouri Supreme Court, Kansas Supreme Court and the United States District Court, District of Arizona. 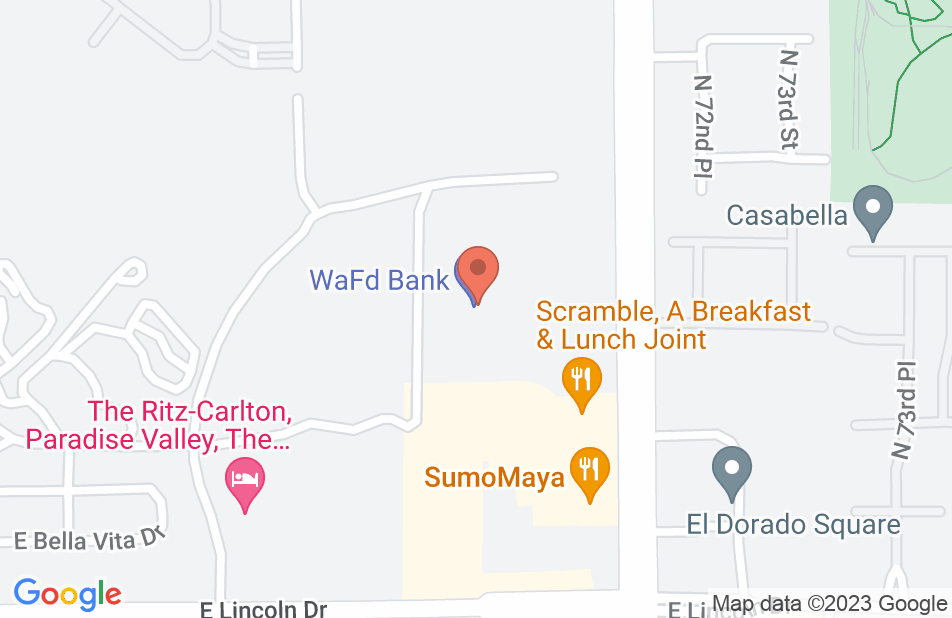 We have both been attorneys since 1976. During our careers, we have encountered many attorneys and have hired a fair number. We have never met a more competent attorney than Mike Beethe. He is very professional, intelligent, well-versed in the law, and displays exceptional strategy ideas. If we ever need to hire an attorney in the future, it will certainly be Mike. We recommend him without reservation. Tom and Marilyn Husband

Mike has worked for both my company and me over the past three years. I deal with a lot of attorneys in my business and I have yet to find one as competent and insightful as Mike. His mastery of business law is top notch and his negotiation skills are off the charts. Although I am headquartered out of MN, I continue to use Mike for all of my legal issues. He is extremely responsive and does a great job at looking at the issue from all angles. Mike is truly a great lawyer and I will continue to recommend him whenever I can.

Mike and his team are some of the best in the business. If you are looking for great representation with high class service, look no further.

I have used Mr. Beethe for multiple business matters-purchase contracts, ex employee litigation, debt collection, etc. He has been well prepared, highly intelligent in his legal strategies and most of all has advised me in a way that has been the most cost effective and outcome oriented for my various businesses. His billings have been fair, reasonable and accurate and I have and will continue to refer business to him.

Mike Beethe has represented my interests in a caring and responsive fashion. He gave me good advice and earned my trust almost immediately. He is knowledgeable and made sure that I was continually informed of the progress of the case. Working with him was easy and I would ask him to represent me again in a heartbeat if I needed a lawyer. I would recommend him readily to anyone needing his expertise or needing referral.

Michael F Beethe has represented all my legal matters exclusively for the last 6 years.

Michael Beethe has represented my interests in a variety of cases over the past 6 years. He has done so perfectly, we my needs and reputation as his highest concern. He has been intelligent in his recommend courses of action and/or defense. He has been fair and honest in his billing and invoicing. I already have referred several friends to his practice and will continue to do so.

Mike Beethe is an extremely competent lawyer with extensive experience in negotiating settlements with creditors. His intelligence and experience were very calming in the heat of the battle. Mike is exceptional at strategizing and working diligently to achieve optimal results. His support staff is exceptional as well. I can't say enough about Mike and what he has done for my family. My wife Christine and I feel very thankful and appreciative to be one of his clients. It is so comforting to have some like him to help guide you through very stressful entanglements. I would highly recommend him to anyone.

Mike has handled extremely difficult business transactions with volatile people on the other side, he has helped me successfully close these transactions and handled the difficult people in a very professional manner. I would highly recommend him to anyone.

You can feel confident!

Mike helped me with a business purchase agreement. He was very efficient, knowledgeable and demonstrated superb negotiating skills. I am again currently working with him for assistance with a breach of contract case and I am confident that he will achieve the best possible result on my behalf.

Mr. Beethe is beyond reproach. He has respresented me and my family in numerous cases on a number of various issues. We have never been represented by any attorney who has been so honest, thorough and intelligent.
See all reviews

Mike is an excellent attorney who knows how to optimize results for his clients.

I endorse Michael Beethe's work. His intelligence, knowledge, and experience are unparalleled. I especially admire Mike's problem-solving skills and his ability to provide creative, thoughtful solutions to clients' challenges.