People call me on their most difficult days. Whether it is a marriage breaking up, domestic violence, or the other parent not allowing them to see their child, I listen. Often, they are anxious about their future. Frequently, they are frustrated or heartbroken. Sometimes, they cry. To each of them, I can say there are better days ahead and show them how to get there.

My job is to guide and empower people through the most difficult times of their life. I enjoy imparting information to people. The best way to combat anxiety is with knowledge. The best way guide someone is to give them a map through the process. The best way to achieve your objectives is through a game plan you design with the help of one of our attorneys.

If you find yourself going through a difficult time, give us a call. Chances are, if you call our firm, you'll talk to me. Together, we can begin planning your future. Better days are ahead. 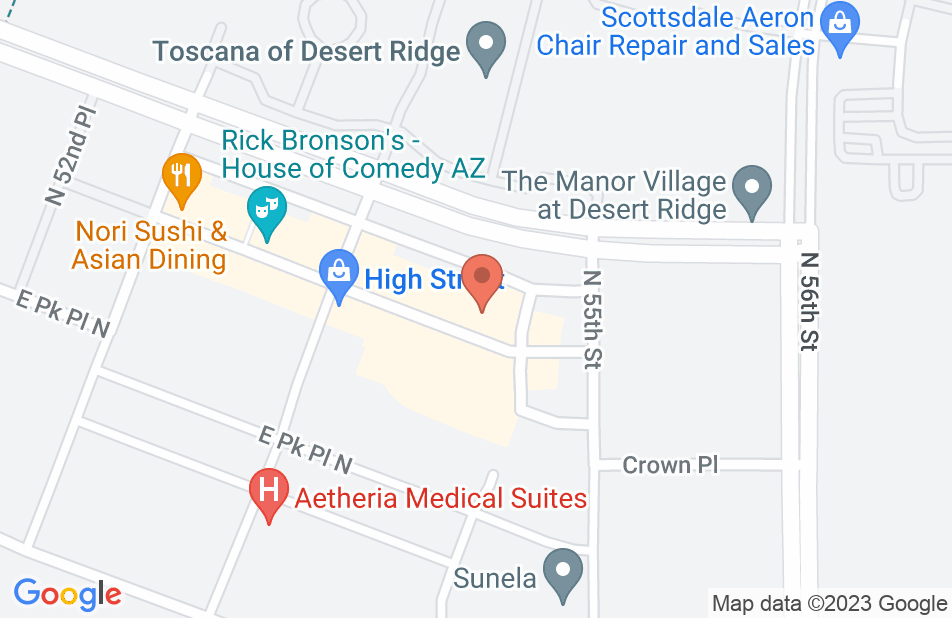 My case has been far from simple, I have been fighting for the safety of my child and to help stop the harassment from the other parent since 2008.  From the very beginning it has been an uphill battle.  Dads seem to be treated like reoccurring billings just to keep the lights on for your typical attorney and lets not forget to mention the twelve or more Court Professionals appointed to my case, some who made recommendations while admitting that they never read the full documents that pertained to my case "because it was too much". Some of the professionals appointed were; Conciliation  Services, Parenting Coordinators (two),  Parenting Conference Provider, Co-Parenting Counselor (two), Court Appointed Adviser, Parenting Conference Provider, Mental Health Expert, Best Interest Attorney, Parenting Supervisor, Therapeutic Interventionist and Child Counseling (two).  Our system seems to favor mothers, even after numerous false police reports, fabricated accusations to child protective services, orders of protections obtained through fabricated statements,  slander and harassment to my employers, friends and family. Even after the other parent was charged for false reporting to CPS and law enforcement, the court system moved and acted slower than Eeyore the donkey from Winnie the Pooh. The other parent was never punished, paid sanctions or lost parenting time, I honestly felt like I was never going to be able to protect my child and stop the harassment. After many years of spinning my wheels in the mud we decided to test the waters of other attorneys in town. The typical call when requesting a consultation to "sell" your case ends with a deposit for the upcoming meeting and their request for your family court case number (This is where the attorney or firm "grades" you. They are basically deciding if your case is worth their time, headache, or they just want to use you for money to keep the lights on and office staff employed).  After, many meetings with potential attorneys and their paralegal staff and hundreds of dollars later, we learned that our case was a true hazardous waste train wreck.  A friend introduced us to a person who had gone through a bad custody battle and that person referred us to Best Law. We met with Stephen Vincent and Robbie Hendricks and explained our case. They had very recent experience with a similar case. They didn't over promise anything. They were realistic with what our expectations should be and laid out possible scenarios and strategies that have worked for them and against them that they would explore.  We began by gathering documentation (thousands of pages) everything we could find to help summarize any an all topics. This way when presenting a petition to the court we had concise facts, dates and exhibits to argue our case. Stephen and Robbie have done an amazing job for us. My emails, phone calls were always returned timely and they were always professional. We know they have put in the arduous labor, research and preparation to finally achieve the goal that we originally interviewed them to do.  We know they care about our case and were not just a paycheck.  This was a team effort where we felt every bit of  the results was fought and won together.  From the petitions and exhibits to the trial preparations, and all the way through the final court order, these guys are the real deal!  They were always patient and able to explain the steps I needed to take to best achieve the results I wanted in the long run and never once gave me false hopes or discounted my concerns. They have worked hard and have been honest and straight forward from the very first day.
This review is from a person who hired this attorney.
Hired attorney

The motto of Best Law Firm is INTEGRITY and because they live their motto - I think it says it all!! In my experience with the team at Best Law (Robbie Hendricks, Stephen Vincent and David Uffens) I could count on them to use integrity every step of the way. At this time in history it feels like the priority of the family court system is to honor parental rights rather than focusing on children's rights and here is where BEST LAW shines. They put the welfare of the children first! While the team cannot guarantee the outcome you desire, they will do everything in their power to protect your children - to keep them safe and fight for what is in their best interest. I know this first hand and have the utmost respect for these attorneys who battled often times late into the night to write a compelling case to protect my grandchildren. Their legal defense also included making sure my daughter was safe and supported during this process. They will work tirelessly and creatively to keep costs down while not sacrificing quality. I am not easily impressed, but this firm deserves to be ranked number 1 for their outstanding service in family law. Every phone call, every motion they filed, every conversation, every interview, every court appearance, every e-mail was done with the highest professionalism and INTEGRITY. If you are involved in a custody battle, you definitely want to hire this firm and have this team on your side!
This review is from a person who hired this attorney.
Hired attorney

Choosing the right attorney for my family law matter was one of the most important decisions I have ever had to make. I researched numerous lawyers, spoke and met with several, read countless reviews, and even changed attorneys before I ended up at Best Law Firm. I could not have been happier with my decision or the outcome of my case. From my very first consultation, everyone I came in contact with at Best Law went above and beyond to be kind, courteous and helpful - from the owner of the firm (Cynthia Best), to their office coordinator and receptionist, to their billing department. But I am specifically writing this review in regards to the two attorneys I worked with the most, Robbie Hendricks and Stephen Vincent. I also worked with David Uffens and would describe him in the same way. Part of what makes Best Law Firm unique is that they all work together as a team. One of the many qualities that set Robbie and his team apart, was the extra time they took to really get to know my case, and the people that it directly affected - my kids. They genuinely cared and fought endlessly for what mattered most to me - the safety of my children. I had a difficult domestic violence case. Robbie and Stephen took the time to walk me to my car after court, and made sure I felt physically safe at all times during the trial process. They didn’t have to do that. It wasn’t part of their job description. But they did it all because that’s who they are and they always go the extra mile. Simply put, they are good people and the BEST lawyers. Robbie, Stephen and David always made sure I knew what was going on in my case at all times. They made sure I was never left worried or wondering - even if it meant working late to answer my questions (no matter how trivial) with a phone call or an email. I worked with Best Law for over 2 years - during that entire time they made sure I never felt alone in the process. Stephen stands out for his professionalism, and his desire to advocate for children and their best interest. The area where he is able to help with this the most and where he truly shines is his ability to tell your unique story to the judge. He is the best writer I have ever met, bar none. You only need to read my pretrial statement to see how talented he is. I described my pretrial statement as his magnum opus. I hope Stephen knows how grateful I will always be to him for all the hard work and exceptional writing he did in my case. Robbie’s writing was also as impressive as his courtroom appearances. Now that my cases are over I would like to say that I couldn’t be happier with the outcomes. Two lawyers previously told me I didn’t stand a chance in achieving my desired results. But Robbie and Stephen fought endlessly for us and they put every possible safeguard in place to protect both of my children. There are not enough positive adjectives in the dictionary to sing my praises of Robbie, Stephen and David. Best Law Firm’s motto is “Integrity is everything” and I couldn’t think of a better way to sum them up. I would like to end with stating that Robbie and Stephen were invaluable in helping me get through what was by far the most difficult and stressful time in my life. Now that my cases are behind me I can confidently move forward knowing that my children will have a better future and be protected thanks to the BEST attorneys at Best Law Firm. I truly cannot recommend Robbie and his team highly enough and I do every chance I get. Robbie, Stephen and David are the only attorneys I would completely trust when my children’s safety and future were at stake! I will always be profoundly grateful that I chose them. It was 100% the right decision for me and my family.
This review is from a person who hired this attorney.
Hired attorney

I worked with Stephen several years ago. He is intelligent, compassionate and truly cares about his clients.

Stephen has an exceptional ability to communicate with current and potential clients. Stephen's expertise in the area of family law shows in his ability to strategize with his clients, helping them to advocate for their best interests as a team. It a pleasure to work with Stephen in all capacities.

Stephen is a tremendously passionate advocate for his clients. He is a skilled writer and is well-versed in the nuances of the statutes and procedural rules in domestic relations litigation. Stephen cares about each and every one of his clients, he is a true professional, and he is an absolute pleasure to work with as a fellow colleague. I highly recommend Stephen Vincent as an advocate for those that are searching for counsel that genuinely cares.

Stephen Vincent is an experienced Family Law attorney. His calm caring approach allows him to develop personal connections with clients as they go through a difficult time in their lives. Stephen is an experienced writer who excels at researching and drafting appellate briefs.

I like the answers given my Matthew Vincent. I endorse this lawyer.