Need a criminal attorney you trust will work hard for you? Contact Rachelle Ferraro today!

I am first generation American, the daughter of an Italian immigrant who settled in New Jersey. We moved to Arizona when I was a teenager. I graduated from Chaparral High School and then returned to the east coast for college. I received my undergraduate degree from Wellesely College in 1995. After Massachusetts’ winters, I returned to Arizona where I became a Wildcat and received my Juris Doctor Degree from the University of Arizona in 1998.

Since I started my practice of law, I have always been on the defense side. I have never prosecuted anyone for any alleged crime. My entire legal career has been spent protecting people and their constitutional rights from government infringement and abuse. In my 20 years of practice, I have tried over 90 jury trials.  While I enjoy trying cases, I believe an attorney should get involved in a case as soon as possible to attempt to avoid prosecution or to try to minimize how a case is charged whenever possible. I have learned “to think outside the box.”

I realize that when a person is accused of or charged with a crime, the repercussions can be far more reaching than just what the Judge can do to them. I vow to be open and honest with my clients throughout the process and to analyze and treat every case as I would want the case to be handled if I were the person charged. 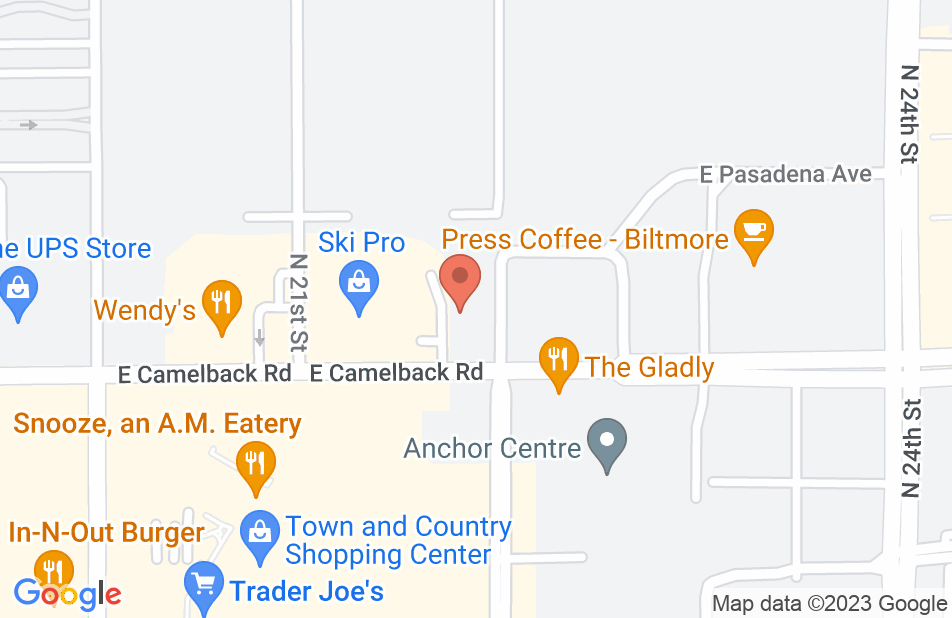 Rachelle very informative of the law and made me feel at ease with my situation. She is very personable and did a great job.

Rachelle went WAY above and beyond with her representation. She was willing to meet with me to accommodate my schedule and was available for all of my questions and concerns. Her attention to detail was excellent. Rachelle has integrity and will not submit something she does not believe in and honored her fee agreement, which in my case was a flat rate, even though she put in MUCH more time that what was anticipated. There were no surprises regarding billing and she kept us informed of any additional costs that came up. A lady in the courtroom actually came up to Rachelle after the trial and asked her for her card and told her that she was very impressed with Rachelle's work. My family and I will be ever grateful for all of her help!

Many years ago I ended up in a legal situation that ended with me losing my civil and gun rights. I was told that I probably would never get my rights back. So after some time (16 years) I gave it a shot. I didn't know how to get the ball rolling or even what to do. I had moved out of Arizona 13 years ago and didn't want to take off work to return. So I reached out to Rachelle Ferraro. She took my case and didn't require me to come back to Arizona. She is super friendly, out going, and very knowledgeable. Rachelle was able to get my civil rights and my right to bear arms restored. Couldn't have hired a better lawyer!
This review is from a person who hired this attorney.
Hired attorney

No one is ever happy about the need for a criminal defense attorney, however, we must say we were THRILLED to have been referred to Rachelle and grateful to be in her care. Our experience was NOT what we anticipated. A ‘small’ case by most standards, we didn’t know if we’d find anyone who would give it the attention it needed. It was evident on the very first visit, however, that it was as important to Rachelle as it was to us. We knew from day one that we were in professional, experienced, capable and caring hands, and that we had someone on our side who was willing to do all she could to represent us to the best of her ability. NEVER rushed and never brushed off, Rachelle went over our case in painstaking detail and prepared every aspect of our defense with enthusiasm and eagerness. And while Rachelle did bring about a victorious resolution to our situation, we honestly would feel the same about her and her service even if she hadn’t. We knew she did her best. Nothing was left to chance. Rachelle’s assistant, Jenny, was equally as impressive. We never felt like a number or that we were imposing. Every email was answered expeditiously. Every question answered patiently. We were given a heads-up about potential issues, guided on exactly how to handle them, and taken care of every step of the way. We would HIGHLY recommend, without any hesitation, the exceptional team at The Law Office of Rachelle S Ferraro.
This review is from a person who hired this attorney.
Hired attorney

Rachelle was accessible throughout the entire duration of my case. Not once did I have a doubt about hiring her during the nine months that she represented me in 2015. She is super smart and street savvy. I was initially presented with up to 15 years in prison. Working on my behalf Rachelle negotiated probation with no jail or prison time. I completed probation early with no issues. I recommend the Law Office of Rachelle Ferraro.
This review is from a person who hired this attorney.
Hired attorney

Rachelle Ferraro is very informed of the legal system in Arizona. She helped me greatly with the current situation and gave me very good legal advice. Thankful for Avvo and for Ms. Ferraro's legal advice.
This review is from a potential client who consulted with this attorney.
Consulted attorney

Dedicated to Your Rights

Ms. Ferraro treated my problem as though it were hers, and she took the time to research my case and help me to gather and present the documents that we needed to prevail. Jenny, Ms. Ferraro's assistant, is very knowledgeable and helpful. Ms. Ferraro and Jenny were always available to answer my questions, and they got the job done. I give Rachelle Ferraro the highest rating and recommendation.
This review is from a person who hired this attorney.
Hired attorney

Always accessible and made sure I was kept in the loop through every step of the process. Went above and beyond by addressing matters outside of the purview of the contracted case.
This review is from a person who hired this attorney.
Hired attorney

I have used Rachelle Ferraro on more than one occasion and am extremely happy with her. She was very thorough and ethical. She really took the time to review each of my situations and took attorney-client privilege very seriously when my family asked her questions. She put my best interest first and all turned out well for me. I would highly recommend her to anyone in need of a defense attorney.
This review is from a person who hired this attorney.
Hired attorney

So Happy I used Rachelle

Rachelle and her team were very easy to work with. they were all over my case and kept me in the loop every step. these types of things are never easy, and they made it as painless as possible. Rachelle is incredible, she knows what she is doing and was able to open my eyes to options that I wasn't aware of. I am not a lawyer, so I relied heavily on the advice and knowledge and I am glad I did. I highly recommend using their team, you will not be disappointed.
This review is from a person who hired this attorney.
Hired attorney
See all reviews

I endorse this lawyer. Rachelle genuinely cares about her clients and I would recommend her services without reservation.

I have know Ms. Ferraro for some time and can personally speak to her knowledge and dedication to her clients. She is well respected amongst judges, prosecutors and fellow defense attorneys. Ms. Ferraro fights hard for her clients and anyone searching for an experienced and passionate defense attorney would be well served to have her on their side. I strongly endorse this lawyer.

Rachelle Ferraro is an amazing defense attorney who is both competent and caring when it comes to working with her clients. Since I left prosecution to practice criminal defense, Rachelle has been a fantastic resource.

I endorse this lawyer. Rachelle is a tremendous attorney and does a great job for her clients. Through her hard work, she consistently obtains very favorable results

I had the pleasure of working alongside Rachelle in private practice several years ago. She is a Certified Criminal Law who is passionate and diligent in her representation of all of her clients. I would highly recommend her to anyone in need of a criminal defense attorney.

I have worked with Ms. Ferraro for nearly a decade, and have had many opportunities to observe her practice first-hand. She is absolutely dedicated to her clients, and her preparation of their cases is second to none. I wholeheartedly recommend her.

I have litigated against Ms. Ferraro on many occasions. She is always prepared to fully defend her clients' best interests in working their matters to their conclusion. I do not hesitate to endorse Ms. Ferraro.

Over the past decade plus, I have seen Rachelle work on case and have been on cases with her as well. She is a very skilled and dedicated attorney. I would recommend her to anyone in need of an attorney.

Rachelle is ethical, hardworking, and calm in the face of extreme stress. I do not hesitate in recommending her to clients and personal friends. With her level of expertise and poise, I've seen tremendous results for clients.

I endorse this lawyer. Rachelle Ferraro is an attorney I trust. She has compassion for her clients and she isn't the type of lawyer that will say anything to get a client's money. I know her to be a person of integrity and she has a great deal of experience in criminal courts. She is someone I would trust as an attorney with my own child, if he or she were in criminal trouble.

I have known Rachelle since law school. She is extremely smart and hardworking. I endorse this lawyer.

Rachelle Ferraro is a knowledgeable and experienced attorney who fights hard for her clients. I fully endorse this lawyer and her abilities.

Rachelle is a dedicated defense attorney. She is trustworthy and knowledgeable. I endorse this lawyer.

Rachelle is one of the best lawyers I know. She is one of the few lawyers I consult with when I want to brainstorm a case. She is extremely bright, very zealous, and cares about her clients. I would have her represent me in the event I needed an attorney. I highly recommend Rachelle.

Rachelle Ferraro is an exceptional lawyer who gets excellent results for her clients. Ms. Ferraro is extremely knowledgeable about the law, aggressive in negotiations, and highly effective in trial. I couldn't endorse her any more strongly.

Rachelle is an excellent attorney. Sharp legal mind, organized, and an aggressive and effective trial attorney. I strongly endorse Rachelle !!