Jeff began his career working as a law clerk at the Arizona Court of Appeals for the Honorable Patrick Irvine and the Honorable Samuel Thumma. He has since become a partner at Jaburg Wilk.

Jeff has significant experience handling all types of employment claims for both employees and employers. He enjoys helping the “little guy” pursue their claims and vindicate their rights. He also likes helping his employer clients come up with creative solutions to their problems. He is one of the few attorneys in Arizona that represents both employees and employers, which gives him a unique insight into how to pursue and defend a broad range of employment claims.Jeff has been named a “Rising Star” in Employment Law, which is an honor given to only 2.5% of attorneys in a particular practice area.

Jeff also has a broad range of experience in other areas of the law including commercial, administrative, defamation, and education law. He has helped many students, teachers, and professors to resolve a broad range of disputes with their school/university.

Since joining Jaburg Wilk in 2012, Jeff has had many notable victories.

Jeff is a frequent speaker at State Bar and CLE events:

Jeff is also very active in the State Bar and employment trade groups:

Jeff has also published many articles on a broad of employment law topics: 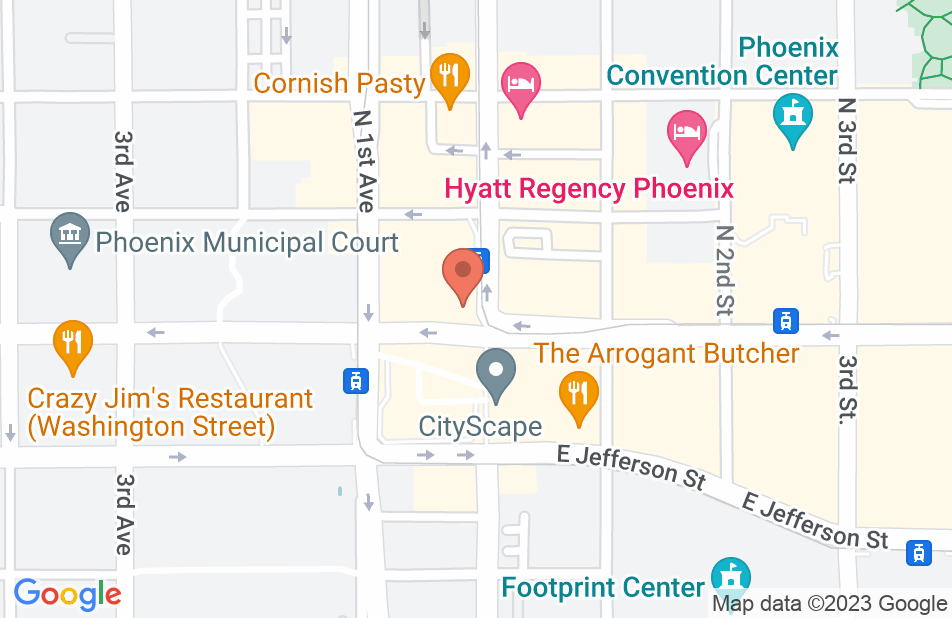 More than a lawyer...

Jeffrey was far more than a lawyer. He was a counselor and therapist to help me process the issues at hand. It was amazing to have him listen to everything and be able to know what was a legal matter and what was more of an internal one.
This review is from a potential client who consulted with this attorney.
Consulted attorney

Great employment attorney with a resume that speaks for itself

My wife and I contacted an attorney that we found off a lawyer search site and he stated that he knew of an attorney that he spoke so highly of and that would better suit our needs. That attorney was Jeff Silence. We couldn't have been more pleased with the recommendation. Before our consultation, we had so much uncertainty and anxiety, since we've never had to speak with a lawyer before. Afterward, we were so confident with how knowledgeable and professional he was that it gave my wife and I the peace of mind that we were longing for.
This review is from a potential client who consulted with this attorney.
Consulted attorney

Jeff is great to work with!

Jeff wrote our employee handbook at our law firm, and provided us with a lot of answers to our questions. He was a pleasure to work with through the whole process.
This review is from a person who hired this attorney.
Hired attorney

I would say my case is kind of unique, because it covers all sorts of employment law contract and labor laws. Though the nature of my case is unique it was not a problem in the for Jeff Silence he is hands down the best attorney I’ve ever spoken to. Not only did he give his recommendation on how to proceed through the various routes, he explained in great detail how we are going to handle this situation. I would recommend him to my family and friends. His steadfast commitment to customer service and dedication to helping his clients is second to none.
This review is from a person who hired this attorney.
Hired attorney

Mr. Silence was very helpful in my case which was settled out of court. He was able to articulate my arguments so that we had a very satisfactory outcome. I would highly recommend him!
This review is from a person who hired this attorney.
Hired attorney

Jeffrey provided excellent service by informing me of several options to resolve my issue. I highly recommend him for any employment related issues.
This review is from a person who hired this attorney.
Hired attorney

I had a complicated legal matter with my previous employer. I felt way in over my head and overmatched. I sought help and found Jeff. We sat and went over the details of the coming case. I left feeling confident and hopeful. I am grateful to Jeff and the team for their hard work in getting me great settlement. To this day, I cannot thank them enough. Jeff pays special attention to detail, offers much knowledge/advice, and keeps good communication with us.
This review is from a person who hired this attorney.
Hired attorney

Mr Silence has been very helpful, I appreciate his responsiveness and willingness to help! He helped make the process smooth and made me feel at ease.
This review is from a potential client who consulted with this attorney.
Consulted attorney

Unfortunately, I had to seek legal advice for employment and this law office was excellent. Jeff came highly recommend from a veteran lawyer that was about to retire. He responded quickly and set an appointment withing days of our call. Jeff is straightforward about the situation and my options while still maintaining empathy and compassion. All my questions were answered and communication made me feel informed and constantly aware of what was going on. I would highly recommend Jeff to friends and family.
This review is from a person who hired this attorney.
Hired attorney

Everything You Want in a Lawyer

I had a complicated and emotionally draining sexual harassment case that Jeff was able to settle for me out of court. I'm so glad I found him. From start to finish he managed the entire thing calmly and professionally - and some of it was handled while he was on his honeymoon! Jeff almost immediately built a fantastic rapport with my ex-employer's attorney and was able to negotiate a fair and reasonable settlement. I cannot thank him enough. His assistant Kim as well as Kraig were also both fantastic to work with! This office will not let you down.
This review is from a person who hired this attorney.
Hired attorney
See all reviews

Jeff is a great attorney and person. We actually hired him to handle our employee handbook at our law firm and he was a pleasure to work with.

I have referred a number of teachers to Jeff for employment matters and always had positive feedback. He is smart, passionate and diligent. I highly recommend.

Jeff is an exceptional employment law attorney who obtains excellent results and truly cares about his clients.

Mr. Silence is a skilled and experienced employment lawyer. He devotes expertise, time, and attention to each case, and achieves commendable results for his clients.

Jeff is knowledgeable and well versed in both state and federal employment laws. He is an excellent advocate and I highly endorse this lawyer!

Jeff is a great lawyer and valuable member of the Arizona legal community. He works hard for his clients and he get results. I highly recommend and endorse Jeff.

Christopher Houk, Employment and labor Attorney on May 15, 2017
Relationship: Fellow lawyer in community

I high recommend Jeff. Jeff is a talented lawyer. He's smart and experienced and consistently offers great advice. He can also be relied upon to give presentations that are interesting and full of critical information. And he does it all with clarity and a winning personality.

Jeff is my go-to person on employment issues. He is very knowledgeable about all areas of employment law.

Jeff is a rising star in the employment bar. His broad range of experience, along with his technical savvy make him an asset to any client.

I endorse Jeff because he is intelligent, hardworking, and fully committed to helping our clients resolve their employment law issues.

Jeffrey Silence is a bright, hard-working, and resourceful attorney who is committed to advancing his clients' interests. He is also easy to work with. I readily endorse him.

Nathan Meyer, Employment and labor Attorney on Jan 7, 2017
Relationship: Worked together on matter

Jeff is an excellent attorney who always keeps a close eye on his client's bottom line.

Jeff cares deeply about helping his clients. He keeps abreast of the latest developments in employment law, and is a passionate and tireless counselor to, and advocate for his clients. He is a reassuring voice during times of great stress. You will rest easier having him in your corner.

Jeff cares about his clients and is results oriented in am manner that meshes with his client's expectations. He has a great knowledge base and skill set in the employment law field.

Jeff is knowledgeable in all areas of employment law. I endorse him wholeheartedly.

I endorse this lawyer. Jeff is a knowledgeable, thoughtful and thorough attorney.

I have known Jeff Silence for several years and know him to be an excellent attorney. Jeff is extremely bright and knowledgeable, and he works very effectively for his clients' interests.

Jeff is a great employment lawyer. He knows the intricacies of state and federal law and he knows the case law extremely well. Jeff is one of the first people I reach out to when I am brainstorming on how to handle an issue in employment law. I would happily refer clients to him and trust that they are in good hands.