Mr. Barrett received his undergraduate degree from Brigham Young University (BA '93), holds a certificate in International Law from the University of the Pacific, McGeorge School of Law ('99) and is a graduate of Whitter Law School (JD '00). During law school Mr. Barrett was an extern Law Clerk to the Hon. James N. Barr, United States Bankruptcy Court for the Central District of California. After graduating from Whitter Law School, Mr. Barrett served as Law Clerk to the Hon. Lee M. Jackwig, United States Bankruptcy Court for the Southern District of Iowa. Upon completing this clerkship, Mr. Barrett returned to his home town to open a law office catering to the individual needs of his clients. Having been raised most of his life in Utah, Mr. Barrett understands the unique social, business, and legal community of the State of Utah. Mr. Barrett is a member of the National Association of Consumer Bankruptcy Attorney's (NACBA), the Utah Bar Association (UBA), and the Central Utah Bar Association (CUBA). Mr. Barrett was recently recognized for the tenth consecutive year as one of the Legal Elite Bankruptcy Attorneys in the State of Utah, by his peers, in Utah Business magazine (2006-2015). The Editors of the American Media Consumer Business Review named Mr. Barrett as Bankruptcy Attorney of the Year 2010 and 2011. Recently the American Institute of Legal Counsel named Mr Barrett "10 Best" for client satisfaction. 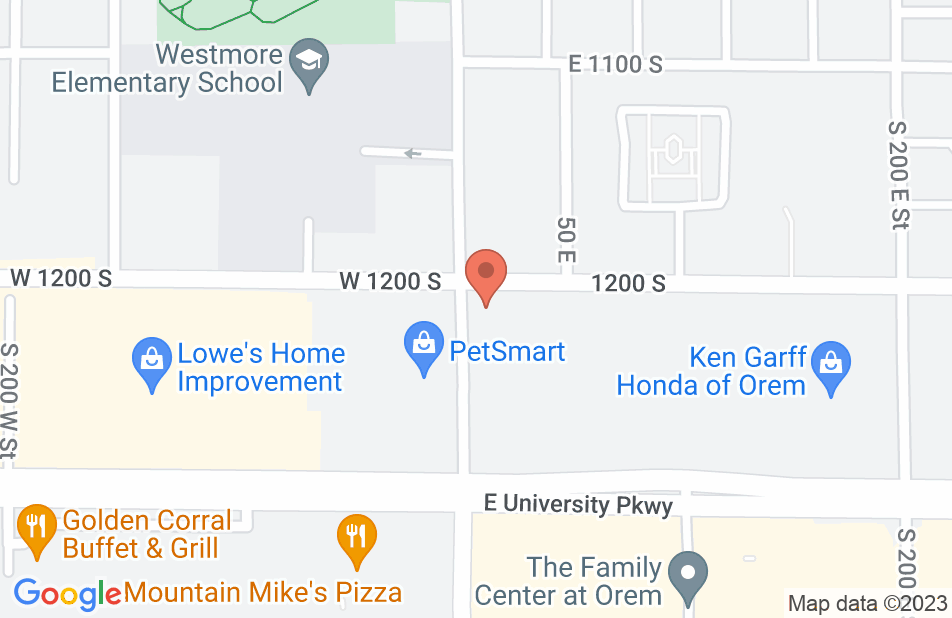 Mr. Barrett (Doug) has helped us through all of our past and current paperwork and official bankruptcy meetings. He is a professional who understands the law involved and communicates in an understandable way what we've needed to do in order to prepare for each step of the process. My wife and I highly recommend him as an excellent, trustworthy lawyer.
This review is from a person who hired this attorney.
Hired attorney
Douglas Barrett's response: Thanks Tim your comments mean a great deal!

Doug is an awesome attorney because he understands what I was going through when I filed my chapter 13 bankruptcy. He has a lot of compassion and is always there for you. After the initial consultation my worries were put to ease.
This review is from a person who hired this attorney.
Hired attorney
Douglas Barrett's response: Thank you Bob!

He was kind and helpful.

I was in a financial mess and didn't know where to turn. I looked for help on the internet and contacted several lawyers. Douglas was the first one to get back to me and we set up an appointment to discuss my case. I was an emotional mess due to unfiled taxes and phone calls from everyone I owed money. He was kind and patient and said we could get this taken care of quickly. He referred me to someone for my taxes and helped me take care of that matter as well as the bankruptcy itself. He has always been professional and answered questions as needed. I am so glad he contacted me so quickly. I would highly recommend him to anyone who is having financial difficulties and doesn't know where to turn. He will steer you in the right direction.
This review is from a person who hired this attorney.
Hired attorney

We were about to lose our house before we met Doug. He took the time to explained the bankruptcy process and made it so much less complex than anyone else. Our chapter 13 case was able to help us avoid the foreclosure on our home. We would most definitely recommend Douglas Barrett to anyone needing bankruptcy help.
This review is from a person who hired this attorney.
Hired attorney

We had a good experience. He took time to explain everything to us so there were no surprises. We would recommend his services.

I endorse this lawyer. Doug is great with clients. More importantly he knows the cutting edge of the law. Best Bankruptcy in Utah. I have referred several clients to Doug. Thanks Doug for your good work.

I have known Doug for many, many years on both a professional and personal basis. I have no hesitation in endorsing him for his legal abilities and desire to properly protect his client's best interests.

I have been acquainted with Doug for several years now. His excellent reputation in the legal community is well deserved. He is extremely competent in bankruptcy law and has helped hundreds of clients navigate, what may be some of the most stressful issues in their lives. He is professional and cares deeply about his clients' issues. I strongly recommend Doug to anybody who is contemplating Bankruptcy. He should be your first call!

I endorse Doug as being a very careful and competent attorney who puts the needs of his client first.

I have known Doug for many years and endorse him without any reservation. He knows the law and is a great advocate for his clients in helping them resolve difficult issues.

I endorse this lawyer. Doug is a very professional and capable attorney. He provides excellent service to his clients and I would not hesitate to refer any of my clients to him.