Medical malpractice law for patients and their families.

PASSIONATE ABOUT YOUR REPRESENTATION

Patrick Mahoney is the principal of the Boise, Idaho law firm, Mahoney Law, PLLC, and has practiced law in Idaho for nearly two decades. He is admitted to practice before all the courts of Idaho, as well as the Ninth Circuit. In other venues, Mr. Mahoney was admitted on a pro hac vice basis in Texas state court in an accounting malpractice case against a big five accounting firm, and he also represented clients from Washington, Idaho, and Nevada in national federal multi-district pharmaceutical litigation venued in Florida.

Patrick graduated from the University of Washington with a Bachelor’s degree in Political Science where he was a member of the National Political Honor Society. He obtained his Juris Doctorate from the University of Idaho, College of Law, where he served on the Executive Board of the Idaho Law Review and was its Fall Edition Editor. While at the College of Law, Patrick received American Jurisprudence Awards in Contracts and Constitutional Law. He also clerked for a large Houston, Texas law firm involved in the defense of major, catastrophic injury cases and complex commercial litigation.

Patrick was selected for listing in the 2010 Mountain States Super Lawyers magazine's medical malpractice section. Only an elite few of a state's lawyers are so recognized. Patrick is also a lifetime member of the Million Dollar Advocates forum as well as a member of the-invitation-only national trial lawyers group, The American Trial Lawyer's Association. 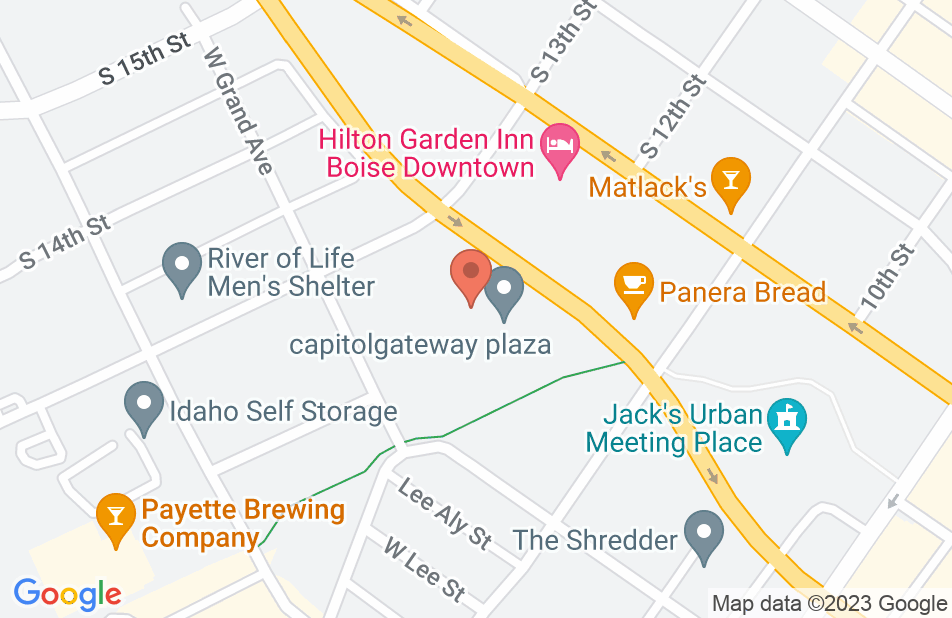 Couldn't have asked for more

We all know the stereotypes that are put on lawyers. This stereotype has been a far cry to my personal experience working with Pat. Although my situation was a very long process, he and his staff kept me as up to date as possible. I found myself telling him that I trust him to do what's best and not having had to worry about it. They took care of everything and all I had to do was hand them the daunting pile of bills, info, medical records, etc. and they took care of everything for me. From beginning to end (in total about 15 months), I never once had to worry about a thing. I could not have gotten through this time in my life without him and his wonderful assistant Dawn.

Patrick was helpful with my personal injury case and always on top of it. It was a faster process than what I thought and I would definitely use him again in the future for any legal service I need.

Mr. Mahoney and his staff were very thorough with our case. They kept us informed of what was going on. Met w/ us to go over what they had done and what they would be doing. They explained things to us easily so we could understand. Gave us good advice but let us determine what we would do. We have never needed to use a lawyer before but w/ Mr. Mahoney and his staff we felt confident we could trust them and we're happy we did. They did a great job. Thank you so much Mahoney and Staff. Gary & Susan
This review is from a person who hired this attorney.
Hired attorney

Patrick is an amazing attorney. His knowledge of not only the law but also the medical side of the cases he takes is incredible. I would recommend him to anyone. He helped change our lives and our future.
This review is from a person who hired this attorney.
Hired attorney

Mr. Mahoney's office represented our family on behalf of our late father. The decision to file a lawsuit against a local powerhouse hospital for the wrongful death of our father was a difficult one. Mr. Mahoney was straight foward from the beginning and clearly explained the process we would endure and the time it might take. He did not make any unrealistic promises and answered the questions we had every step of the way. This whole process was difficult for us, painful and emotionally draining. But, we were always in good hands as Patrick and Dawn are two of the hardest working and sincerest people we have ever had the pleasure of meeting. They did a tremendous job. Our family has a sense of closure and the peace of mind that we did everything we could to see that there was some form of accountability. Although one would hope never to need this type of representation; our family reccommends Patrick Mahoney and his office for legal representation without reservation.
This review is from a person who hired this attorney.
Hired attorney

I have known Patrick for over 15 years and I strongly endorse his legal acumen and abilities in the field of medical malpractice litigation. Patrick has dedicated his career to medical negligence cases and it shows in the level of expertise he has achieved. Patrick is a leader in this field of law with a long track record of success. If you have been injured as a result of a negligent medical procedure, contact Patrick Mahoney right away.

I give Patrick Mahoney the highest possible endorsement. He is a highly talented, knowledgeable, and compassionate attorney who fights tirelessly for his clients. If you need a medical malpractice attorney, Patrick Mahoney should be your first call.

I endorse Patrick. Patrick is a true advocate for his clients. For Patrick, the practice of law is not just about running a business; it is about trying to help clients when they need it the most.

I strongly endorse this lawyer. I have worked together with Patrick on two cases. He has been extremely helpful. He is very intelligent, detail oriented, and a good communicator.

Patrick is extremely knowledgeable and fights as hard as anyone for his clients.

Mr. Mahoney is a leader in the field of medical malpractice and is a valued member of the legal community.