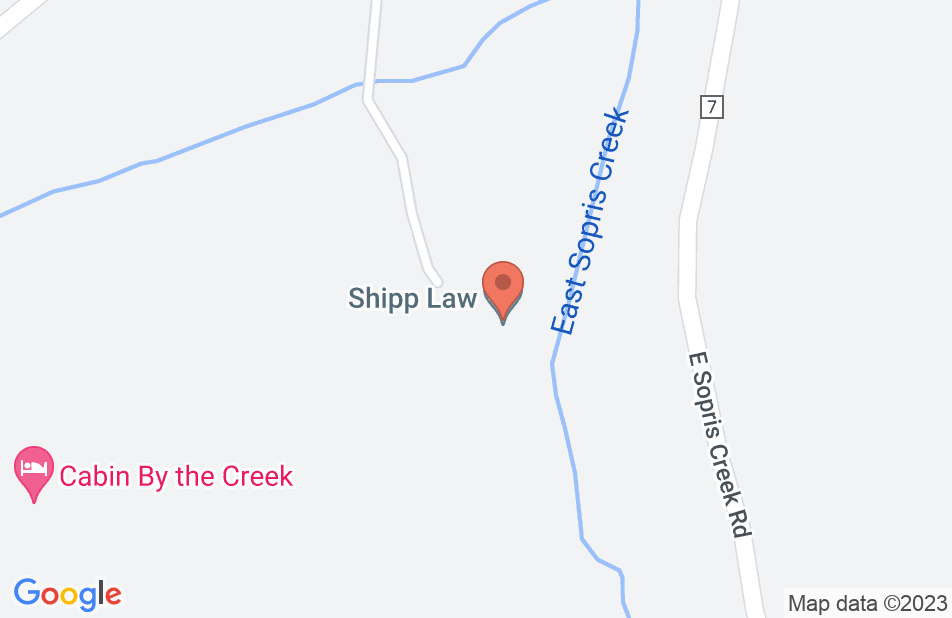 | No address is available.Vail, CO

Dan Shipp helped me out five years ago I received a DWAI amongst other charges while living in Colorado. Through that process, he was very open and honest about what was to be expected and what he could do. He was able to get the "other charges" reduced if not removed all together, and made the DWAI charge as minimal as possible on my record. Dan has also made himself available five years later to discuss the implications that the charge has had on my record. He provided consultation to help identify routes to take when describing the incedent to potential employers free of charge. He has also made himself readily available for the future. I see Dan as not only a lawyer, but a friend. I would recommend him to anyone in the area in need of a lawyer!
This review is from a person who hired this attorney.
Hired attorney

I would HIGHLY recommend Dan Shipp to represent anyone who is facing a DUI or drug related charges. He and his staff treated me like family the entire time, and went above and beyond the call of duty to help me. Dan personally picked me up and drove me to my court case because I couldn't get a ride. I was promptly notified of all matters regarding my case and treated with utmost respect. I was facing a 30 day mandatory jail sentence and Dan somehow had the jail time completely eliminated. THANKS DAN!!!

I would highly recommend Dan for any legal problems that you may have. I have known Dan for twenty years. He is personable,caring,dedicated and loyal and quite intelligent.

I used to be a police officer and have used Dan twice for Dui cases and both time he won the case. Awesome attorney and extremely knowledgeable. I would recommend Dan to anyone in this situation.

My DUI case was unique, in that I actually WAS TRULY SOBER! When pulled over after rolling through a yellow light, I was asked to do all the roadside sobriety tests, and the Officer failed me. I do very poorly in tense situations, and hyperventilated and couldn't think straight. I declined the breath test, which resulted in a full DUI. After testing my breath at detox, they proved I was SOBER, but it was too late, I had already lost my license! Dan diligently gathered the facts, and proved to the Driver's License Bureau and also the State that I should never have been arrested, and that I was SOBER. No one but Dan could have gotten my license back for me!!

Completely receptive in defending an out of state client., and accomodating regarding my work schedule and travel time to and from court. In addition his whole staff was supportive, friendly, and helpful. Dan was responsive to any of my questions and was always straightforward and truthful. I w'ould highly recommend Mr. Shipp's representation to anyone!

My family hired Mr. Shipp for a DWI case. I agree with what others wrote that he talked about himself and told us all about him and he was so impressed with himself. Because we were in a crunch we had to hire him. We did go through the entire process with him and received probation, and lost the drivers license, but this is the same outcome any attorney would have gotten for us. But he was ridiculously expensive. We talked about thanksgiving plans with him and he told us about his ranch and his horses, then he billed us for the entire phone call, even the part that he was boasting about himself. Really not worth ever using this guy.
This review is from a person who hired this attorney.
Hired attorney

I worked with Dan on a DWI case and possession case. While we were happy with the results, the billing was huge - a lot more than we anticipated. He also had an assistant talk to us a few times, then when we talked to him we had to explain everything over again and had to pay twice. He also left at least two messages about concerned items to us through someone else in the office and he never got back to us either time. He is a very nice attorney, he did get us decent results, but overall our satisfaction was fair at best.
This review is from a person who hired this attorney.
Hired attorney

Only in it for the money

He charged me a lot of money for a possession charge, way more than some other local attorneys. Every time I called him to check on the case or check on the date, he charged me for the time at like $450/hour - every single call even if I spoke to his secretary. When I did talk to him he asked questions and let me talk to extend the phone call and bill me more and more money. I don't know if the deal we got was good or not, but it cost me a fortune. He talks about his large ranch and his horses and nice lifestyle - all paid for by his clients. After the case and after I got the small amount of retainer back I called him two times to ask him something and I never got a call back - never followed up when he said he would or when we should file something. He is a very nice guy, but lots of salesmanship and I guess he is a good attorney, but so expensive.

Dan is one hell of an attorney who really does do a great job. If I had legal trouble I would want Dan in my corner. He is a hunter, fisherman, sportsman, and a friend. I respect him personally and professionally and will refer cases to him because of results.

I endorse this lawyer. I've known Dan for over 17 years and I regularly call on him for advice and ideas on complex DUI cases. I would trust a family member's defense to his office without hesitation. There are precious few DUI lawyers in Colorado that are Dan's equal and he simply has no superiors in this specialty of the law.

I endorse this lawyer's work. Dan is very thorough in his defense.

Jason Mayberry, DUI and DWI Attorney on Aug 13, 2009
Relationship: Other

Mr. Shipp is always on the forefront of breaking DUI law and technique. He is nationally recognized as one of the leading DUI practictioners in the courntry, and this is reflected accurately in his speaking engagements. I wholeheartedly endorse Mr. Shipp's work and would recommend anyone charged with DUI in Colorado to seek his service.

I endorse this lawyer's work. I have known Dan Shipp for several years through several professional DUI defense organizations. He spends a significant amount of time keeping up on cutting edge DUI defense tactics. He is always prepared for his cases and he is one of the few attorneys who other DUI attorneys seek out for advice. I would send a family member to him. A true professional.