Only two lawyers in Southeast Texas are both Board Certified in Criminal Law and Top 100 Trial Lawyers in Texas; Ryan Gertz is one of them. Criminal charges can alter the entire course of your life and the best way to resolve them is with competent, skilled counsel.

Born and raised in Beaumont, Ryan has deep roots in East Texas. His practice focuses mainly on state and federal criminal trial and appellate work throughout Texas. In fact, he is Board Certified in Criminal Law by the Texas Board of Legal Specialization and admitted to practice before the U.S. Supreme Court.

Ryan is AV rated as a preeminent lawyer by his peers according to Martindale, meaning his peers rank Ryan at the highest level of professional and ethical excellence. He is also a member of the ‘Top 100 Trial Lawyers’ in Texas as recognized by the National Trial Lawyers organization, a member-driven organization composed of the premier trial lawyers from across the country who meet stringent qualifications as criminal defense trial lawyers. Additionally, Super Lawyers has dubbed Ryan a "Rising Star" in 2017 and a "Super Lawyer" in 2020.

Ryan is a tireless advocate for citizens accused of crimes. He has tried nearly ninety criminal cases before juries all over East Texas and met with great success. He has obtained more than forty-five acquittals, three directed verdicts, and several hung jury dismissals in criminal cases during the past ten years. He prevented a client, wrongfully accused of shaking her baby to death, from facing capital murder charges and obtained the dismissal of sexual abuse charges against a seventeen year old wrongly accused.

On May 2, 2014, Ryan received the Jefferson County Bar Association’s "Outstanding Young Lawyer" Award. The award, which is given to only one attorney each year, recognizes a young lawyer who has demonstrated professional proficiency, service to the profession, and service to the community. U.S. Magistrate Judge Zack Hawthorn presented the award to Ryan at the Bar Association’s annual Law Day event.

Ryan has argued cases in both state and federal courts and is licensed in Texas. He is admitted to practice before the Eastern, Western, and Southern Federal District Courts. Additionally, he has argued cases before the First, Ninth, Twelfth, Thirteenth, and Fourteenth Courts of Appeal in Texas as well as the Fifth Circuit Federal Court in New Orleans. 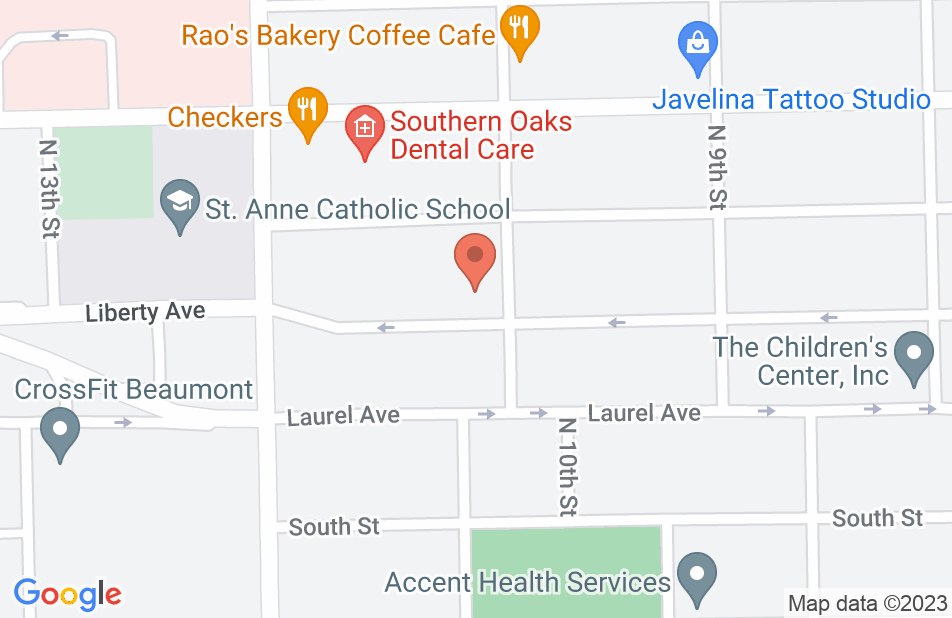 Ryan Gertz came to us highly recommended and he did not disappoint. We were facing an uphill battle on two separate cases--intoxication manslaughter and intoxication assault--- which could have gotten my son a total of 30 years prison time cumulatively. Mr. Gertz and his staff were always available to answer our calls or returned our calls promptly. He would meet with us to explain our options and possible outcomes and was always forthright and open with us. Although we entered a plea in both cases and opted for a jury trial in the punishment phase, Mr. Gertz presented the best defense possible for us. His courtroom demeanor was very professional, respectful, and organized. He makes a BIG impact and the outcome was more than we could have hoped for. We are happy that he was on our team! Just as he came highly recommended to us, we would highly recommend Mr. Gertz to anyone needing an exceptional attorney.---Ken
This review is from a person who hired this attorney.
Hired attorney

I give Ryan Gertz my highest recommendation. He is a silky smooth criminal trial attorney, who knows how to handle prosecutors. After my trial, 4 of the 6 jurors waited for him at the bottom of the stairway to congratulate him on his closing arguments, and to acquire his BUSINESS CARDS! Hire Ryan Gertz.

I hired Ryan Gertz for a intoxicated manslaughter with assault with a deadly weapon on the passenger I was looking 20 + years. I will tell you we won this case a verdict of not guilty Ryan has been very Helpful to me keeping me calm and his secretary Stacy is one of the best ladies I’ve ever met Ryan is very cool and calm in trial he is 100% real if you need a good lawyer he’s the one you want.
This review is from a person who hired this attorney.
Hired attorney

I highly recommend Mr. Gertz as an attorney. He is the best attorney in our area. He guided me through the legal system and thoroughly explained all processes and expectations, which included the ALR Hearing to the trial's completion. Mr. Gertz was always prompt at returning messages and answering all of my questions. He utilizes state of the art representation through technology and is extremely knowledgeable, with all aspects of the law. Mr. Gertz is an exceptional speaker and always has a commanding presence in the courtroom. My family and I are very appreciative of Mr. Gertz and his staff.
This review is from a person who hired this attorney.
Hired attorney

I hired Ryan to defend my DWI arrest. This was my first, and last, DWI. Ryan was able to get it reduced to obstruction of highway with only probation and a fine. NO community service, breathalyzer, suspended license, DWI on my record. This was despite my BAC being 3 times the limit. I highly recommend hiring Ryan to defend your DWI. THANKS!
This review is from a person who hired this attorney.
Hired attorney

By far the best lawyer in this area. Represented me multiple times and I was extremely pleased with him each time!
This review is from a person who hired this attorney.
Hired attorney

Does what he says he will do

All I can say is Ryan helped me in a time where if it was not for him i would be doing 10 years plus no doubt. I made a poor decision in 2016 where the case was a done deal, meaning I was caught and also been to prison before, there was no way to fight the case. He worked a deal for probation and in that time got my court date extended over a year and half to where I could focus on getting my mind and life back on track so when the time came for sentencing I would be prepared to handle the probation with extemely positive momentum going forward in life. Thank you for that! If anyone is reading this and thinking do I hire him or not, well let me say this with confidence of having hired him, I dare you not to and see how your case goes........Respectfully
This review is from a person who hired this attorney.
Hired attorney

I was referred to Ryan Gertz in 2015 for a DWI case. After almost 4 years we went to trial. Ryan was very knowledgeable and prepared to defend me and my case. We had the ideal outcome. Over those 4 years Ryan and his staff were very nice and helpful with keeping us updated on where we were at throughout the whole process. I would highly recommend him!
This review is from a person who hired this attorney.
Hired attorney

Ryan has been a personal friend for 30 years but never did I imagine his legal services would be needed by our family. From the very beginning he was both objective and compassionate, realistic yet hopeful, and always professional. His understanding of the law and how he walked us through it prepared us for all phases of the process. As the journey continues, I have no doubt that he is taking us in the best direction with the most capable counsel.
This review is from a person who hired this attorney.
Hired attorney

When I got into trouble with a DUI charge, Ryan was quickly able to explain the process, walk me through the various options, and help me select the best one for me. He was always accessible to answer my questions, either in person to review my case, and along the way via phone or email as well. Ryan has always been very patient in explaining things to me to make sure I understood all the options completely and thoroughly, and never made me feel bad for asking any questions that I had. He was able to easily guide me through the process, and is helping me make sure that all loose ends are tied up in getting the outcome that I desired. I could not have expected anything more from legal representation. I would definitely recommend Ryan no matter how big or small your case is! He will treat you like a valued client and give you and your case the attention they deserve. He is clearly very intelligent, well respected and good at his job!!!
This review is from a person who hired this attorney.
Hired attorney
See all reviews

I endorse this lawyer. Mr. Gertz always comes to court prepared to go to trial! He gets in there and fights to the utmost for his clients. I have been a prosecutor against him, a defense attorney working with him, and a Judge that he was practicing in front of and he never ceases to impress. Highly recommend!

I have worked closely with Ryan on many cases. He is one of the best criminal defense lawyers in Texas. His knowledge of the law is extensive. Hiring Ryan is an investment in your future.

As judge, Ryan tried numerous DWI cases in my court. Ryan is perhaps the best trial lawyer I have seen in Beaumont. Ryan achieves outstanding results for his clients and is highly respected by his peers. Highly recommend!

Mr. Gertz is one of the top trial attorneys in Texas. As a former prosecutor, I've had many dealings with Mr. Getz, witnessing his heightened level of professionalism, case preparation, and passion for trial advocacy. I highly endorse Mr. Getz.

Ryan is one of the most prepared attorneys that I faced in court. He was devoted his client and knew the law relevant to the case. For those reasons, among many others, I endorse Ryan.

When I was a prosecutor in Jefferson County, you knew that if Ryan was on the other side you had to be on top of your game. He's smart, good with clients and handles his job well. Highly recommended.

I endorse this lawyer. Mr. Gertz always comes to court prepared to go to trial! He gets in there and fights to the utmost for his clients. I have been a prosecutor against him, a defense attorney working with him, and a Judge that he was practicing in front of and he never ceases to impress. Highly recommend!

I endorse this lawyer. Emphasis in criminal law, habeas, appellant issues. I would recommend Mr. Gertz in any legal matter.

Ryan is well respected among his peers as a trial lawyer. His ability to cross examine professional witnesses on technical issues has earned him accolades from both fellow attorneys and judges.

I have worked closely with Ryan on many cases. He is one of the best criminal defense lawyers in Texas. His knowledge of the law is extensive. Hiring Ryan is an investment in your future.

I endorse this lawyer. Ryan and I went to law school together and he had an impressive understanding of the law even as a law student. His legal skills have only grown since leaving law school and he works hard for all of his clients to ensure the best results possible!