Attorney Teresa Messer practices exclusively in the area of U.S. Immigration and Nationality law and has represented clients before the U.S. Citizenship and Immigration Services, as well as before U.S. Consulates and Embassies, and the Immigration Court. Her immigration legal experience, commitment to her clients, and dedication to the legal profession has been recognized by the State Bar of Texas, Texas Super Lawyers, Houstonia Magazine, Lawline.com,  Avvo, Texas Lawyer Magazine, and H Texas Magazine.

Teresa’s own experience as the daughter of Vietnamese refugees cultivated her desire to assist other immigrants early on in her life. This desire ultimately led her to her calling – to help immigrants navigate through the complexities of U.S. Immigration and Nationality Law.

While in law school, Teresa worked in Thailand for BPSOS Coalition to Abolish Modern-Day Slavery in Asia where she assisted refugees, survivors of torture, and victims of human trafficking in applying for refugee status, seeking appropriate legal remedies, and preparing for resettlement. ​

In addition, Teresa represented individuals, families, and children in their applications for asylum and refugee protection, special immigrant juvenile status, and deferred action (DACA) when she was a Student Attorney in the South Texas College of Law Asylum and Human Trafficking Clinic. Because of her volunteer work assisting immigrants and refugees while she was still a law student, she received the Pro Bono Honors Program Certificate by South Texas College of Law.

As an undergraduate at the University of Houston, she established a student organization that provided services such as English as a Second Language (ESL) classes, GED preparation, college admissions assistance, and clothing donations for refugees living in Houston. Teresa was later recognized by the Darfurian Association of Greater Houston for her volunteer contributions to the refugee community of Houston.

Teresa enjoys teaching and mentoring students. She has guest lectured a family immigration course at Thurgood Marshall School of Law and supervised law students at the South Texas College of Law Asylum and Human Trafficking Clinic. In addition, she has shared her advice about law school and law as a career to students at Sam Houston State University and Girl Scouts of Houston.

Teresa believes it is important to give back to her community. She has volunteered her immigration legal services at non-profit organizations such as YMCA International Services, United We Dream, and Kids in Need of Defense. Today, she is a board member of BPSOS (Boat People SOS) and committee member of the State Bar of Texas Laws Relating to Immigration and Nationality Committee. She received her Juris Doctor Degree from South Texas College of Law Houston and is admitted to the State Bar of Texas. 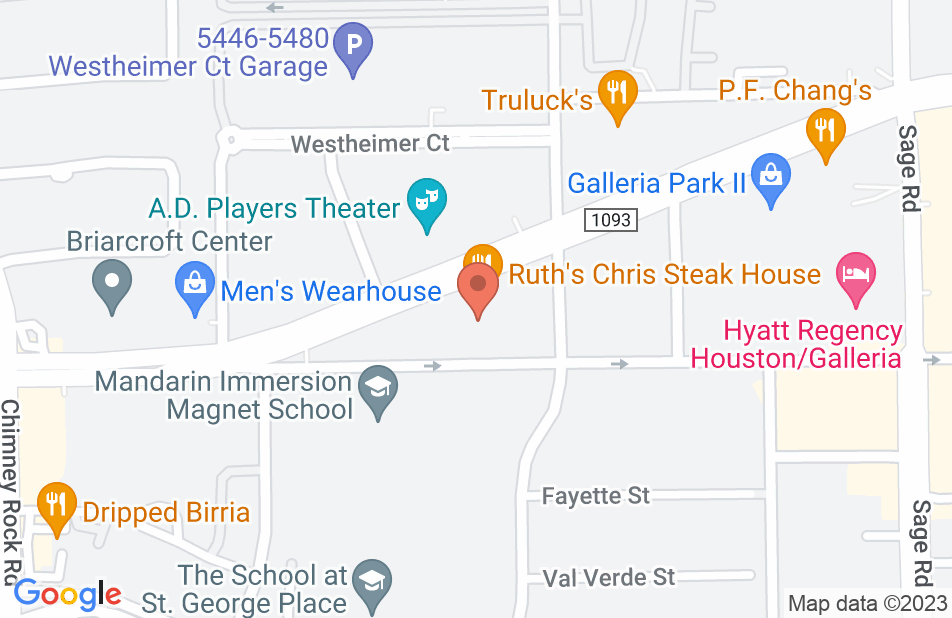 Mrs Teresa was very professional during our AOS immigration interview, I highly recommend.
This review is from a person who hired this attorney.
Hired attorney

I was on an H1-B and wanted to apply for a green card. After noting changes to the H1-B program during my time in the US and unsure of the potential changes to the green card program, I decided I was best to use a lawyer for this process and after some research I decided to call Teresa. Teresa is very informative and helped complete all of our paperwork. Additionally, when there were delays to anticipated timing due to USCIS workload, Teresa helped file extensions and kept me up to date with the overall timing. She is responsive to text messages and email and will respond timely to any potential issue or question. Teresa also helped prep us for the interview with potential questions they may ask and we were told that our file was detailed and complete upon our actual interview. Thanks to Teresa we were very prepared for the interview and we were successful in receiving my green card.
This review is from a person who hired this attorney.
Hired attorney

Such an amazing person!

We were looking for a lawyer to help us with an intent to deny letter we received. We googled a bunch of lawyers and we finally called her since she had very good reviews. She did an amazing job and got a approval notice in about three weeks. I highly recommend her!
This review is from a person who hired this attorney.
Hired attorney

The best I had a chance to work with

I am more than satisfied with Ms. Messer's work. She communicated with me all the time about my case, I am grateful to have made an appointment with her firm. She put me at ease with all the questions I had, and always made me feel hopeful. I couldn't recommend her enough, and will always go back to her if I have any immigration process I need to do. Juan C.
This review is from a person who hired this attorney.
Hired attorney

Teresa helped me and my wife with my wife's Permanent Resident visa she was so great about everything she would always stay on me about what we needed next to keep the process going and that's exactly the kind of attorney I needed I would recommend Teresa to anyone that needs a immigration attorney I could never thank her enough for what she did for us
This review is from a person who hired this attorney.
Hired attorney

Teresa Messer assisted me with my immigration process. She is very knowledgeable, professional, and all of her work was done in a timely manner. There was never any confusion which made the process seem like a breeze. I was very satisfied with the results and so I also did my Brothers process through her. Thank you so much for your help and I would highly recommend Teresa Messer Attorney
This review is from a person who hired this attorney.
Hired attorney

I had the pleasure of working with Mrs. Messer recently. I am a general dentist who needed her services for my father. I have worked with many other law professionals in the past. My past experiences with other law professionals included vague fees, inflated hours spent on cases, and problems with honesty as well as reliability. So I pretty much have a very jaded view of the law profession. Mrs. Messer was actually the first attorney who I felt was honest with me throughout our professional relationship. There were no hidden surprises in terms of fees. She also knew what her expertise was and when she needed me to refer to some one else for some portions of my father's need. I appreciate the honesty and professionalism she portrayed throughout our working relationship. She was also very patient with my father and took her time making sure he understood all the documentations. I will be using her services in the future and has already referred her to all my colleagues. Thank you Mrs. Messer for your services. Dr. Tom
This review is from a person who hired this attorney.
Hired attorney

Teresa is so kind and nice to her clients. She did doing best that almost impossible humanitarian parole visa renewal case of my father and finally he got it. Amazing! Thank you so much Teresa. I am happy you are my lawyer. I write down a review even not good at English cause of her good works.
This review is from a person who hired this attorney.
Hired attorney

this is an awesome person that puts full knowledge and effort on peoples cases she has helped me in my case and also kept up with me although I didn't have any time to keep up with her thank you very much . I would highly recommend you to anybody that has any that needs any legal help with immigration or similar . thank you
This review is from a person who hired this attorney.
Hired attorney

When I approached Teresa with an immigration law issue, she delivered a prompt and sharp analysis that helped guide my client to a great outcome. Teresa is experienced in all aspects of immigration law and provides great legal guidance as well as advice on the practical side of immigration law. I would send any friend, family member or client with an immigration issue straight to Teresa Messer!
This review is from a potential client who consulted with this attorney.
Consulted attorney
See all reviews

I have known Teresa for years through the Houston Northwest Bar Association. I always recommend people see her with any immigration issue.

I have had the pleasure of working very closely with Mrs. Messer on several matters and can personally attest to her high ethical standard, hard-working nature, and knowledge of her practice. I trust Mrs. Messer with any immigration question that I come across in my criminal practice and fully endorse this lawyer.

Rekha Roarty, Construction and development Attorney on Mar 7, 2018
Relationship: Worked together on matter

I endorse this lawyer. I have seen Teresa’s organization skills and have seen her work product firsthand. Teresa is highly knowledgeable and a hard worker. Anyone needing help with immigration matters would be well served with Teresa advocating for them.

Mrs. Messer will work diligently to help you in any of your immigration matters. I have had the pleasure to witness her work ethic and can assure you that you are in good hands when working with Mrs. Messer. I endorse this lawyer.