Brent Mayr is a Board Certified Criminal Defense Attorney, Board Certified by the Texas Board of Legal Specialization in Criminal Law, and represents individuals and associations under investigation for or charged with state and federal offenses. 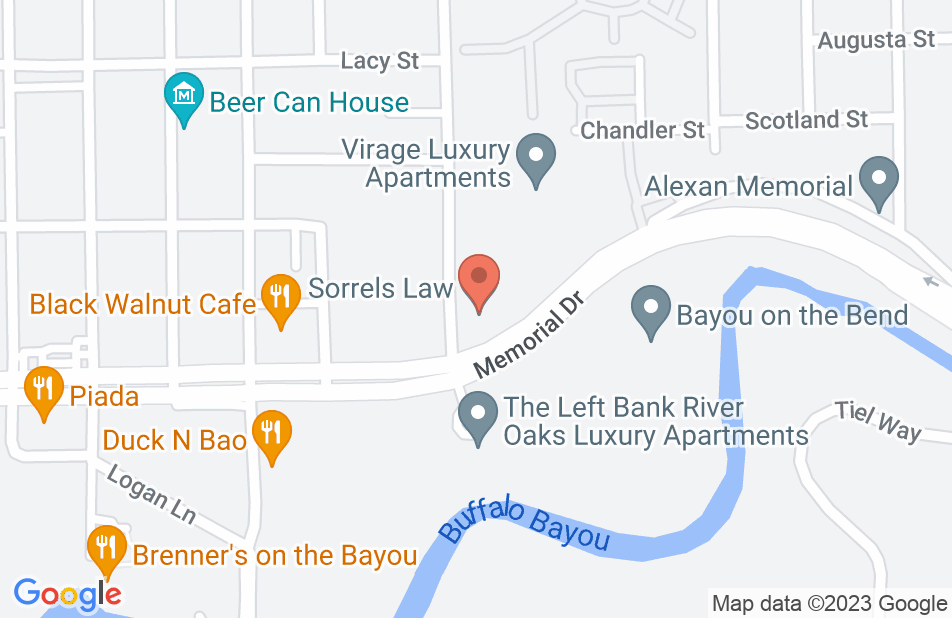 Brent Mayr is hands down the best lawyer to represent your case. I met with Brent in March of 2016 and immediately felt that he was more than willing to help me in my situation. Brent is a stand up guy who shows integrity and an immense amount of intellect in his profession. I encourage anyone who is in a bad spot to hire Brent. In fact, I believe that he is the only attorney that you should consider and I wouldn't put my life or reputation in any other attorneys hands. By October of the same year I had my case dismissed and Brent worked tirelessly to convince the prosecutor that I was simpy put in a bad spot. By the end of the year he was able to follow through and get the charge expunged. If you are a professional and want your case handled by a professional Brent is your guy without a doubt.
This review is from a person who hired this attorney.
Hired attorney

Brent was there for me 100%. Lead me in the right path, always positive and kept me thinking positive. Always on top of everything and saved my life pretty much. If it wasn't for him, my life would be be completely differnt.

I hired Brent Mayr to help me with a DWI. He got my case dismissed he did a great job I highly recommend Brent Mayr.
This review is from a person who hired this attorney.
Hired attorney

I met Brent 2 years ago when my daughter needed a lawyer for DUI. He was always available to meet, even on the weekend. He is a very talented lawyer and gave us options to choose from and explained each one in depth and he never seemed rushed with us. He did his research, he fought for her and was always supportive to her. He has a great work ethic and focused on winning and he did! I would highly recommend Brent as a lawyer!
This review is from a person who hired this attorney.
Hired attorney

Attorney Brent Mayr was the absolutely best lawyer to represent me on my case. I was charged with possession of dangerous drugs. He made it very for me to understand exactly what was going on during my trial. Ultimately after I completed my probation, he was able to expunge my record. Without him I would not hand been able to go back to school and find a great job. I would recommend Mr. Mayr to represent anyone in need of excellent defense.

Brent was able to make the most difficult time of my life, bearable. Brent was there every step of the way to explain the DWI process. If I had a question, I knew I could go to Brent and have an answer within no time. What impressed me most about Brent was his knowledge and skill set.

This is how a lawyer should be

I met with Brent about a DWI I was charged with on July 4th. I was right in front of my apartment complex when I got pulled over. I fully cooperated with the officer and felt I didn't do anything wrong, considering I was physically as fine as can be. My station video supported this (there was no field video, the officer failed to call another officer to come record my field test). Much to my surprise, I blew a .10 and got arrested. I never thought I would find myself in this situation considering I had never been in trouble before. I don't even drink that often. Brent listened to my story and got to know me and the kind of person I am. He wanted to fight this case because he believed in me as a person and that this was not something I deserved. He educated me on the DWI process to help me understand what to expect. He also went into great detail about how the breathalyser test works and what the number means and how it can be impacted. His knowledge of the science behind it all is as good, if not better than the experts out there. I was amazed at how prepared and knowledgeable he was about DWIs. My case ended up getting dismissed thanks to Brent's unparalleled hard work. He was up at 3 am the night before my last court date crunching numbers and further preparing my case, even though he was already prepared. If my case would have went to trial, Brent would have made more money, but he wanted nothing more than to get my case dismissed. He's honest, hard working, and most importantly, he really cares about his clients and sees them as real people needing help, not opportunities to make money. I have the utmost respect for Brent not only as a lawyer, but as a person. You will not find a better lawyer than Brent.

I met with Brent on two seperate occasions for free consultation. The first time I met with him was on a SUNDAY! Very convenient. I hired him to represent me in a misdameanor criminal case. Harris county jail is not a place that I frequent, if you know what I mean. Like many people I made a stupid mistake and was caught red handed. I was in great fear for my job, family, and reputation. Based on the evidence and police report, I didn't think I had much of a case. I even admitted to the cops that "it was mine". Brent had my case DISMISSED with in a matter of weeks. Every day before court, Brent called to remind me. He was usually the first attorney in the court room and had me in and out in less than an hour. He answers all of his emails instantly. Usually with in 10 minutes. Any day, any time. Weeks after my case was dismissed I emailed Brent, late one Sunday, to ask him for some other legal counsel regarding my late grandmother's estate. Considering he's a defense attorney and doesn't claim to specialize in probate work, I wasn't expecting him to know all the answers I needed or for him to even respond promptly. By the time I woke up the next day, he had a 5 paragraph response with all the information I needed. He met with my father and I and studied all the documents we had. Unfortunately, the docs were not in our favor. Either way, we left satisfied and much more knowledgeable. He didn't feed us a bunch of BS and throw a contract in our face and ask us to hire him. He is very honest and direct. In my experience with attorneys, those traits are very few and far between. Call Brent Mayr TODAY for your dismissal!!

Brent Mayr is a super trial lawyer. He is very methodical, savvy, and extremely prepared on all of his cases. When a person's reputation and life are on the line, Brent is worth every penny! I wouldn't put my trust in any other lawyer's hands.

I endorse this lawyer. Mr. Mayr is a walking encyclopedia of legal theory and precedent. Hardly any ADAs can match his full grasp of the law. He is well respected by Judges and fellow prosecutors. If you want a great lawyer hire Mr. Mayr: you won't regret it.

I have seen him in action when he tried a case in El Paso. Outstanding!!! I endorse this lawyer without hesitation!

Brent is tough, smart, and tenacious. He zealously represents his clients and achieves excellent results for them. I wholeheartedly endorse Brent Mayr.

Brent is not only a great lawyer, but a better person. What you should look for in a lawyer is someone you can trust. You need to trust they'll fight for you, trust in their skill and expertise, trust they will investigate and research all aspects of your situation. I trust Brent Mayr as a person, friend, and most certainly as a lawyer. Brent is not only one of the hardest working lawyers for his clients, but compassionate. His results over the last couple years demonstrate that with a not guilty in Federal court in Austin, an acquittal in an Intoxication Manslaughter in El Paso, and an acquittal in criminally negligent homicide in Montgomery county (all of which would be lifetime achievements for most lawyers). I happy to call Brent a friend and colleague; and anyone lucky enough to have him as their lawyer will feel the same.

I endorse this lawyer.Thomas is an outstanding lawyer, i have seen him fight zealously for his clients and he always challenges the government. He has been both a prosecutor and defense lawyer and he was well respected in both roles. Thomas is not just a great lawyer though, he is a fine human being and a man of high character.

I have seen Brent's (Thomas') work as both a trial lawyer and as an appellate lawyer first hand over the past 10 years. We have represented individuals together and have also been on the opposite sides while he was a prosecutor. He is smart, diligent, and a great advocate for his clients. I would endorse Brent to anyone looking for a criminal lawyer without hesitation.

I have known Brent ever since his days at the District Attorney's Office. He has always been an extremely hard worker. His diligence is only matched by his knowledge of the law. Brent is a fighter and doesn't flinch when confronted with adversity, he works harder.

I endorse this lawyer. Mr. Mayr is extremely knowledgable in his practice, and provides his client with an extremely qualified and attentive representation.