Family Law attorneys at both the local and state level recognize J. Spencer Nilsson as one of the most advanced and innovative young lawyers the field. Spencer is notorious for pioneering strategies to combat the ever changing landscape of family law resulting from legislative reform and defense tactics aimed at extending litigation.

Spencer sets himself apart from other attorneys by his sincere dedication to his clients. He feels that one of the biggest deficiencies in the legal world today is attorneys leaving their clients in the dark throughout the evolution of their case. He understand that a client seeking a family law attorney is likely going through a tough time in their life and the last thing they want is to be told that everything is being taken care and not have an understanding of what is actually going on. He feels strongly that educating his clients and explaining the process is paramount to not only to the outcome of the case, but also to the attorney/client relationship.  Spencer believes that a family law attorney should handle every case as if it were their own. He has found that this mentality and level of commitment has resulted in his clients' ability to obtain the best possible outcome available.

Spencer was born in Texas, but grew up overseas in Sweden and Holland, and eventually returned to Texas for college. He graduated from Texas Tech with a bachelor degree in business and accepted a position in Dallas where he managed a national group of primary-care physicians.  He grew up in a hard working Christian family that never neglected an opportunity to help others, and Spencer continues to volunteer his time with numerous organizations including: Big Brothers, Big Sisters, Paws in the City, Texas Hospice, and Love our Local Animals (LOLA). Spencer credits his tireless work ethic to his father: a man who often worked seventy hour work weeks and travelled constantly, yet never missed one of his two sons' sporting events.

Spencer earned his Juris Doctorate while attending night classes at Texas Wesleyan School of Law in downtown Fort Worth. As a night student, Spencer continued to work 50 hours per week while attending in the evening, and still excelled academically by repeatedly making the Dean’s List.  Spencer eventually resigned from his position to pursue law full time and become more involved in the legal community.  During his time at Texas Wesleyan School of Law, Spencer worked part-time as a clerk in a family law firm, represented numerous clients as a student attorney in the Texas Wesleyan family law clinic, acted as a student ambassador for the school, and served as Vice Magister for Phi Delta Phi legal honors fraternity, President of the Animal Law Society, and as a two-time board member for the Intellectual Property Law Association.

Spencer thoroughly enjoys volunteering for causes close to his heart, spending his free time with his family and his beagle, Charlie. 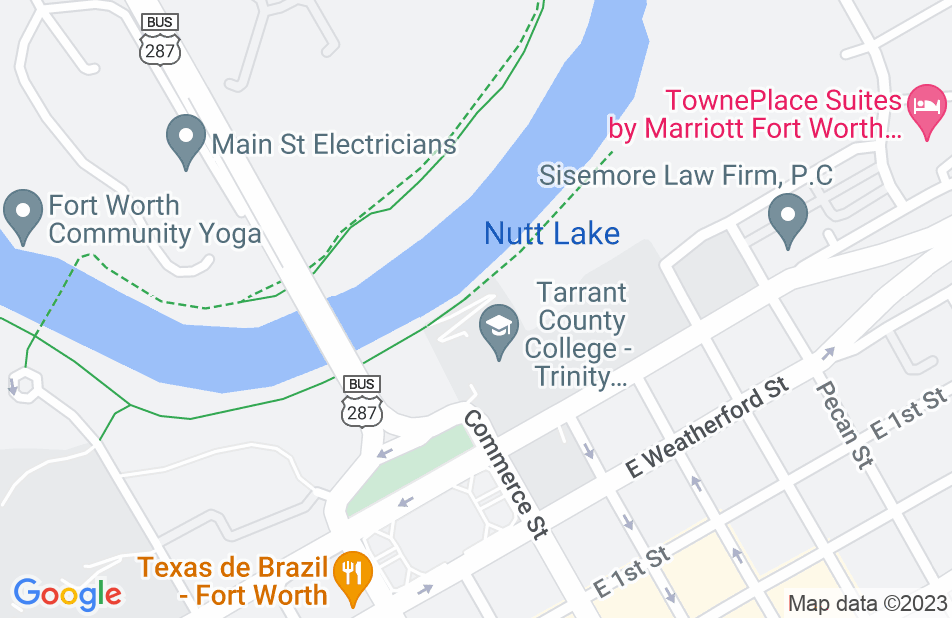 Spencer handled a divorce for me. I was so impressed with the meticulous and determined manner in which he handled the case. The prior lawyer quit on us and didn't respond. Spencer stepped in and pushed the case forward and obtained an incredible result. Spencer fights for his clients until the end, then he fights some more. Because of his efforts, Spencer gained a client for life and I recommend him and his firm to everyone I know in need of a family law attorney.
This review is from a person who hired this attorney.
Hired attorney

I hired Spencer! He’s was very honest about the things in my case that we could change. Instead of wasting time and money on things that I couldn’t. Spencer and Jenny fought for me! I don’t regret hiring him at all!
This review is from a person who hired this attorney.
Hired attorney

Contacted Mr. Nilsson about representing my son in a custody case. Very happy with his professionalism. His office responds quickly if you have any questions or concerns. AAA+++++
This review is from a person who hired this attorney.
Hired attorney

As a father of 3 girls ages 3-12 Nilsson helped me get custodial. I am so happy when other lawyers pretty much laughed at me after getting served trying to find someone last minute Nilsson was there for me and even let me pay out the remaining balance since I couldn't afford all of it right there. I highly recommend Spencer Nilsson to anyone.
This review is from a person who hired this attorney.
Hired attorney

Spencer helped me on a modification. He was extremely professional, as was his office staff. I would highly recommend him as your family law attorney.
This review is from a person who hired this attorney.
Hired attorney

Spencer and his team have been on point and insightful throughout my entire custody case.
This review is from a person who hired this attorney.
Hired attorney

Spencer and crew have been great during the divorce process. Never having divorced before, I had lots of questions and concerns that were all answered and addressed quickly.
This review is from a person who hired this attorney.
Hired attorney

I struggled with divorce for years being strung along by my husband and his attorney and finally I meet with Mr. Nilsson. He talked with me about my options and what I needed to do to get the things over. Once Mr. Nilsson explained the process to me he took things over and made it easy. I should have went with Mr. Nilsson from the begging, I would suggest that anyone to sit and meet with him and they will see that he is the right choice to represent them.
This review is from a person who hired this attorney.
Hired attorney

Spencer and his team were great. He was realistic about my case, honest, and made every attempt to save me money and time. His advice paid off big-time for me in court. In the end, I gained everything that I asked for. His paralegal, Donna, was responsive and knowledgeable and his associate Stuart was helpful as well on the date of the hearing. I hope that I don't need these kinds of services again, but if I do I know who to call.
This review is from a person who hired this attorney.
Hired attorney

Spencer was knowledgeable, efficient, pleasant and made an astute honest observation regarding potential solutions with a focus on the most effective potential resolution versus what simply produced billable hours. Need a professional in every sense of the word? Then hire Spencer.
This review is from a potential client who consulted with this attorney.
Consulted attorney
See all reviews

I endorse this lawyer. I've co-counseled a few cases with Spencer and could not be more impressed with his knowledge, dedication, and genuine care for his clients and their situation.

Spencer is a very talented attorney. He is creative and collaborative.

I always enjoy working with Spencer on cases. He is very diligent, professional and easy to work with.

Mr. Nilsson is an excellent attorney committed to providing the highest quality representation to clients. I endorse this attorney without reservation.

Spencer is a very knowledgeable and passionate attorney. I endorse this lawyer.

Spencer is always very prepared. He is a great advocate for his clients.

I highly endorse Mr. Nilsson. Very experienced and caring attorney who produces great results in representing clients! I want all people with legal problems to contact him first.

Spencer is professional, experienced, and a pleasure to work with.

Spencer is not only an outstanding lawyer, he is a fantastic person. He is one of the smartest lawyers in North Texas and a true asset to the legal community. I whole-heartedly endorse Spencer Nilsson.

Jill Rogers, Divorce and separation Attorney on Mar 27, 2015
Relationship: Other

I endorse this lawyer. A great option for family law issues in Texas.

I endorse this lawyer. Highly respected in his community

I endorse this lawyer. He is committed to his practice and very knowledgeable.

Spencer is a skilled attorney, and a well-qualified family law practitioner. He is an asset to the legal community. I whole-heartedly endorse this lawyer.