When you suffer from the effects of personal injury, wrongful death or a business or commercial wrong, choosing the right attorney is essential.

Jim Mills has more than 35 years experience working to help right wrongs in and outside the courtroom, making him an excellent choice to handle your case. Since founding The Mills Law Firm in 1985, he has built a multifaceted practice that represents people and companies on a broad variety of legal issues.

Mr. Mills strives to resolves matters out of court, but if litigation is inevitable he acts as your advocate before judge and jury. Through diligent discovery, precise use of expert witnesses and sound legal strategy he has consistently achieved fair settlements and favorable verdicts for his clients.

Before starting his own practice, Mr. Mills was head of the product liability department for a major plaintiff personal injury firm. In this capacity he was responsible for the fee generation of the firm’s largest department. He also developed an extensive knowledge of the insurance industry, giving him exceptional insight into cases involving major claims. Having served as a senior claims adjuster for a major national insurance company and an associate at a former prominent insurance defense firm, he is able to draw from his understanding of the tactics employed by “the other side” to better represent clients in personal injury cases.

Mr. Mills began his career of service as an Assistant District Attorney in New Orleans and headed a trial court division where he prosecuted all major felony offenses.

As a result of his proven expertise, Mr. Mills is board certified by the Texas State Board of Legal Specialization in Personal Injury Trial Law (since 1986) and Civil Trial Law (since 1987). He holds the highest peer ratings from Martindale-Hubbell for legal ability (A) and professional ethics (V). He is licensed in the states of Texas and Louisiana and is admitted to practice in Federal Court of the Northern, Eastern, Southern and Western Districts of Texas as well as the U.S. District Court of Appeals of the Fifth Circuit.

He is a graduate of Auburn University (B.S.) and received his J.D. from Louisiana State University. 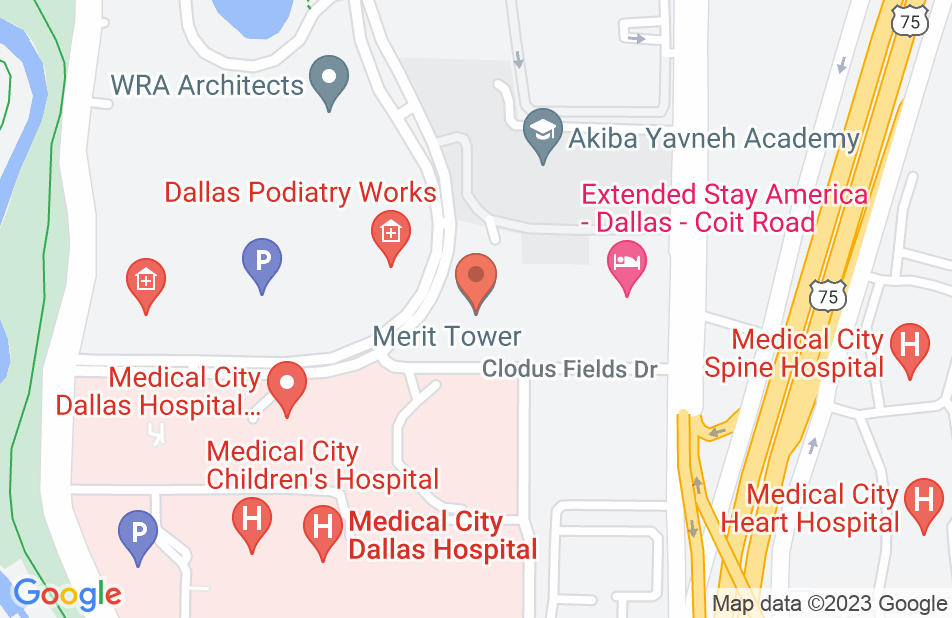 I had a Phone Consultation with Atty.Mills He is very Honest,Understanding, and Practical in his ways. Which is a rare Character this days,.....
This review is from a potential client who consulted with this attorney.
Consulted attorney

Jim Mills was incredibly helpful for me on a recent case. He is honest, trustworthy, and genuinely cares for his clients. He is readily available and was always responsive to my needs and messages even while he was out of town working on other cases. He made me feel that my case was the most important thing on his schedule. He provided excellent guidance by not only giving me options, but also making a recommendation for which option he considered the best choice. If you are in need of an attorney who is available, will listen to your needs, and provide excellent guidance, Jim Mills is the attorney for you.
This review is from a potential client who consulted with this attorney.
Consulted attorney

Jim Mills represented me in a claim arising from serious injury from an auto accident case. Jim's confidence and demeanor provided the assurance I needed throughout the case. I was impressed with Jim's knowledge and experience with civil law cases like mine. Every aspect of his work is thorough and left no doubt in my mind that I was well represented. One of his more underrated talents involves managing expectations. He talked and walked me through every step of my case, making sure I understood exactly what was happening and where we were headed. After my case was settled, I felt overwhelmingly satisfied with the results. I will recommend Jim to my friends and colleagues and if you are reading this, hire Jim Mills (for the win!)

Knowing Jim personally, and having been familiar with his approach to examining issues diplomatically and objectively, I brought him in as legal counsel for the private school for which I was the Admissions Director. One of my roles was to monitor the execution of tuition payments, and follow-up when families became delinquent in the fulfillment of paying their legally-binding enrollment contracts. The first task Jim took on was the examination of our Tuition & Enrollment Contract to ensure our stated enrollment policies and procedures were clear, precise, and absent of any statements that could be misinterpreted in a way that families with delinquent accounts could manipulate when the school's legal efforts for collecting tuition were warranted. Having a concrete legally-binding Tuition & Enrollment Contract written by Jim, and adopted by the school, he was able to successfully collect tuition for every single contracted tuition dispute he handled for the school. And because the contract was absolute, the time required for settling the disputes was minimal, which allowed the school to comfortably work within an allocated legal budget. Jim accomplished everything we set-out to achieve when we hired him. He respected our time, budget, and understood the delicate nature of legal proceedings between a school and family. He was respectful of the families for which legal action was warranted, and on first contact with them he would be courteous, while firm and clear. Jim's style of approach, tempered and efficient, aligned extremely well with the benevolent characteristics of the school, and was greatly appreciated by the Director and Board of Directors.

Jim Mills represented us in a case involving extensive injuries received by my husband while in a public facility due to negligent maintenance within the facility. Jim did so with diligence, courtesy, competence, knowledge, speed and efficiency; as well as polite aggressiveness when communicating our claims against the defendant to its representatives. He kept us informed every step of the way and involved in all discussions and negotiations. Jim's professionalism, while displaying compassion for our stress and anxiety concerning the injuries incurred and recovery involved, and exhibiting a clear understanding of our claims and needs, was outstanding. We have mentioned Jim to others and have highly recommended him if ever they were in need of excellent attorney representation. Great job Jim -- Thanks!

I've been Jim's court reporter for over 20 years. He's one of the smartest, most professional and thorough lawyers I've ever met. No matter what kind of case he's handling, he gets results!!

Outstanding professionalism and integrity, as well as noteworthy representation!

Jim is a Super Lawyer

I have known Jim Mills for many years to be an outstanding advocate, experienced and practical. If I could offer six stars I would do so.

Mr. Mills was very knowledgeable about the type of case I brought to him. His experience is vast and clearly manifested itself through his analysis of my case and the strategies he employed to manage it. While discussing potential outcomes of my case, he was cautious yet diligent in how hard and determined he would be, to produce favorable outcomes for me. He always advised me of the potential positives and unknown factors related to my case so that I had all information available to make decisions for my interests. I was very impressed with his work on my case and exceedingly happy at its outcome. I will recommend him to anyone I know seeking the services of a lawyer of his experience and caliber.
See all reviews

I endorse this lawyer. I have known Jim for a number of years and have a great deal of respect for him and his trial skills. Lance Pool

I endorse this lawyer. I have know Jim for decades and I know him to be an extremely competent, honest, diligent attorney. I highly recommend him.

I endorse this lawyer. He is a worthy advocate, an ethical lawyer, a good man, and someone I recommend to handle cases in which I have a conflict.

I have had the good pleasure of knowing Jim for a few years now, and I am always impressed with his ability to approach challenging problems and coordinate difficult circumstances in to solutions for those who ask. I recommend Jim Mills often to those who need an attorney in his field.

Jim Mills is an outstanding lawyer. I have referred cases of all types to Jim over the years. Jim is knowledgeable in many areas of law including personal injury, products liability, contracts, and business disputes. Jim is a true advocate for his clients and he is highly respected in the legal community and courts. When my clients need a referral to one of the very best lawyers in Dallas, I refer them to Jim Mills.