Bart Smith is an injury litigation attorney who spent the first half of his career defending insurance companies and their insureds (policyholders). After years of learning the inner workings of the insurance industry, Bart decided to use his extensive knowledge of the insurance companies’ tactics to fight for the rights of injured victims so they would receive fair and just compensation for their injuries.

Bart has a business degree from Texas A&M University and a law degree from Oklahoma City University. If you want the 12th man fighting for you, Bart has the Aggie passion and bottom line approach to his injury cases. He is licensed by the Supreme Court of Texas and practices in all State and Federal Courts. Bart devotes 100% of his practice toward fighting for those who have been injured.

Bart grew up in Anna, Texas, where his parents still reside. He lives in McKinney, Texas, with his two dogs, Bugsy and Little Bit. When Bart is not fighting for his clients’ rights, he can usually be found giving a golf course the same fits he gives insurance adjusters and defense lawyers. Bart is also the Vice President for the Hurricane Creek Board of Directors, where he donates his time for the betterment of the community. 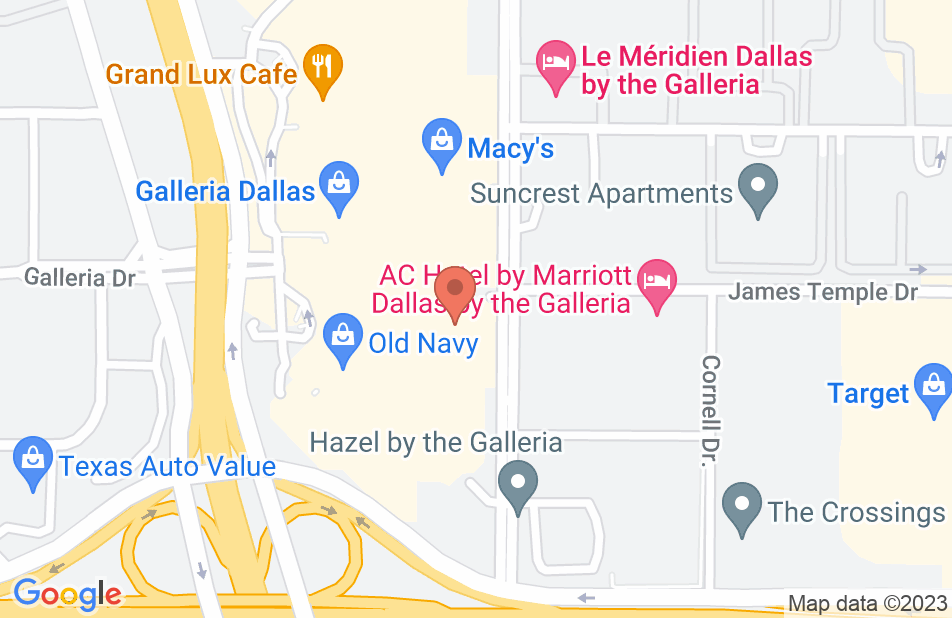 I'm an insurance defense lawyer and have known Bart for many years and defended numerous cases with Bart on the other side. Bart is truly a lawyer and man of integrity. He does exactly what he says he will do and I always know that I can trust him implicitly. That said, Bart is a very strong advocate for his clients and does very well for them. I know. My clients have written him some nice checks. It is a pleasure to work with Bart. I know that when I get a new file and Bart is on the other side, I will have to work hard but everything will be above board, direct, and forthright. When a Plaintiff's case comes into my office, I often refer it directly to Bart. If we had more lawyers like Bart, the practice of law would be a better profession. I can't recommend Bart highly enough.
This review is from a potential client who consulted with this attorney.
Consulted attorney

I have known Bart since he was first licensed to practice law. I have worked with and against him, and know him to be an effective advocate for his clients. I give Bart the highest praise, however, for something that matters most - he is honest and trustworthy. I endorse Bart

I have worked on the same side of the docket and on the opposite side of the docket with Bart over the years. He is extremely knowledgeable in our area of law, is always friendly and professional, takes a personal interest in his cases and clients, and is a fine trial lawyer in all respects. He's an asset to the Bar.

J. Bart Smith and I have worked together as opposing counsel on several cases. He is a consummate professional and a pleasure to work with. Bart understands personal injury law, works his cases proactively and does a great job of representing his clients while always maintaining the highest standards of ethics and integrity. I endorse this attorney.

I endorse Bart. I have worked with Bart as co-counsel and as an opposing counsel. As an insurance defense attorney, I can confidently say Bart knows how to handle a personal injury matter effectively and has a good reputation in the legal community.

Bart and I have worked together for years. Bart is dedicated to helping individuals who have been hurt by the carelessness of others. Before working for plaintiffs, however, Bart was an insurance defense attorney. Bart uses his knowledge of insurance adjusting process to help his clients in an efficient and smart fashion.

I have worked against and with Bart for over 10 years in personal injury litigation. He is a fantastic trial attorney. He is respected by attorneys on both sides of the bar. I endorse this lawyer.

I endorse this lawyer. During the past 10+ years, I have litigated a number of cases against Bart. He has handled each one with exceptional attention and represented his clients effectively. I have found him to be reasonable and practical in his handling of cases.

I endorse this lawyer. Mr. Smith is an excellent attorney who serves his clients well. His skills as an attorney are on par with the best and he is an outstanding ethical litigator.

I endorse this lawyer. Bart is an experienced and skilled attorney. He knows how to evaluate and resolve personal injury cases. He is honest and a true professional.

It is always a pleasure when I see that J. Bart Smith is a plaintiff's lead counsel on a case that I am asked to defend. He is competent, works his cases well, and cares about his clients. He also practices the dying art of courtesy and understands that as attorneys we owe that courtesy to our clients, each other, and the profession. Bart is a fine attorney whom I would feel confident referring clients to who are in need of the assistance of plaintiff's personal injury counsel.

Straightforward advice on how to best handle an injury case. Car accident lawyer who has handled many car accident litigation cases. I endorse this lawyer.