Mr. Desmond received his B.A. from Oklahoma Baptist University where he was a recipient of an athletic scholarship to play baseball and was listed on the President’s Honor Roll. Before attending Oklahoma Baptist, he attended Lamar University where he played Division I NCAA baseball for the Lamar Cardinals. While at Lamar, he was selected to serve as a student ambassador to the school’s Political Science and Pre-Law Department. His freshman year of college, Mr. Desmond attended Ohio Wesleyan University where he recipient of the Dean’s Scholarship, played baseball for the OWU Bishops, and was selected as an Assistant Editor for The Historian, one of two national journals that reviews books in all fields and all time periods of history.

Wes is a devoted husband and father. In his free time, he enjoys spending time with his family, playing and watching sports, and is a devout Christian who has dedicated his practice to serving his Lord and Savior Jesus Christ. 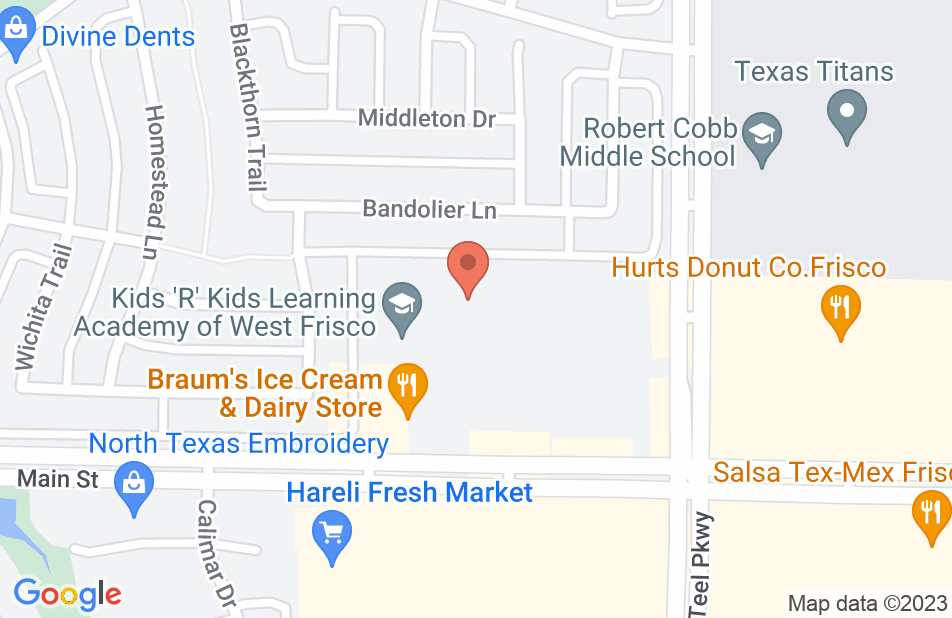 I would highly recommend Wes for representation. He was very professional and worked diligently on my case. He always made himself available if I had any questions or concerns. I couldn’t be happier with the outcome of my case and the decision to hire Wes for representation!
This review is from a person who hired this attorney.
Hired attorney

Mr. Desmond is an excellent lawyer who knows his clients best interests. He is very thorough with his representation of the client and delivers absolutely 100% during presentation of the facts to the judge. He is very friendly and down to earth and knows the litigation's norms. Overall he has a charismatic personality with a smile that puts clients, the judges and everyone involved at very ease. I recommend him above the rest as he has delivered and got the results that has played a significant role in my thought process as I can see clearly now and I am enjoying my freedom!! Thank You Wes! God Bless you as you are a Gem and simply the BEst!!!
This review is from a person who hired this attorney.
Hired attorney

I consulted with Mr. Desmond on some contractual issues for company stock agreements for a previous company I worked for. He was very knowledgeable and professional and his research was very thorough. I highly recommend this attorney.
This review is from a potential client who consulted with this attorney.
Consulted attorney

Very professional with his work. Has extreme knowledge about what he does. He got my case completely dropped and I was found not guilty. I can say he is the best lawyer in the north Texas region. Not a lot of people can say they were found not guilty for a DWI because of they're lawyer. Again thank you Wesley Desmond!
This review is from a potential client who consulted with this attorney.
Consulted attorney

An attorney who truly works for you.

I have hired several attorneys in the past and none are as genuinely concerned for the best interests of their clients as Mr. Desmond. Truly a big heart. He has an independent firm so you wont get tossed around. And as a former prosecutor he definitely knows his options.

I used Mr Desmond's service in order to have charges dropped and my record cleared. Throughout the whole process Mr Desmond kept me informed of next steps and was direct with what I had to do and his duties. Since the charges brought up against me were false my main concern was that they don't appear on my record when a background check was conducted. Thanks to Mr Desmond my case was dismissed and my record was expunged. Despite the high stress this caused, Mr Desmond was able to keep me calm and positive throughout the process.

I was very pleased with the services administered by Mr. Desmond. He was very professional and helpful. He kept me well up to speed throughout the entirety of my case. He was very informative and explained my options in thorough detail. I would definitely recommend his services to anyone in need.

I hired Mr. Desmond to represent myself in a DWI #1 case. I would not recommend Mr. Desmond for a similar case because I feel he misrepresented his knowledge, experience and abilities as a lawyer in general and in this area specifically. Mr. Desmond frequently failed to follow thru on strategies he presented to me as the means by which we would proceed with the case. One example was stating that various motions for suppression of evidence would be filed before trail and thus possibly resolve the case and negate the need for a trail. These motions did not materialize at the last minute due to the reason presented to me that it would be more prudent to present these motions during trail. I believe these motions did not occur due to Mr. Desmond not being prepared and not knowing how best to proceed. During the trial it was painfully obvious that this attorney was out of his depth, unprepared, and even managed to irritate the judge more than once with his lack of basic court room protocol. Examples are such as not standing when speaking to the judge and not offering reasons for objections. I do not believe Mr. Desmond is a bad person and may be appropriate to be hired for some legal issues but please do your due diligence before hiring him.
This review is from a person who hired this attorney.
Hired attorney

2 years with commonwealth attorney offices has helped immensely in his training as a DUI attorney. Knowledge of both the criminal law and procedure is excellent and evident in his pro bono contributions. Client reviews are stellar. READ THEM! Strong christian values like his are usually a great indicator that money is not his God. Do yourself a favor and schedule a consultation.

I went to law school with Wes and he has a passion for criminal law and his clients. He works hard to get his clients the best possible result.