Lindsey Thomson Murphy is a native of Ashdown, Arkansas.  She received her bachelor's degree at Ouachita Baptist University, with a double major in Biology and History, and a minor in Chemistry.  She graduated cum laude in 2006. She received her juris doctor from William H. Bowen School of Law at the University of Arkansas in Little Rock in 2008. She is licensed to practice law in both Arkansas and Texas.
Ms. Murphy began practicing law in Little Rock, Arkansas before starting her own solo practice in Ashdown, Arkansas.  She managed and litigated hundreds of cases throughout the state of Arkansas, and represented notable clients such as U.S. Bank, Bank of Arkansas, Ford Motor Credit, Citibank, Capital One, and Discover.  Her strong desire to serve her hometown community and the surrounding areas as a general solo practitioner led her to open her own practice in April of 2010.
She practices a wide variety of law, including family law, criminal law, personal injury, wills and probate, real estate, contracts, civil litigation, and business law, among many others.  She also serves as the Ashdown City Attorney and Prosecutor for Ashdown, Arkansas. 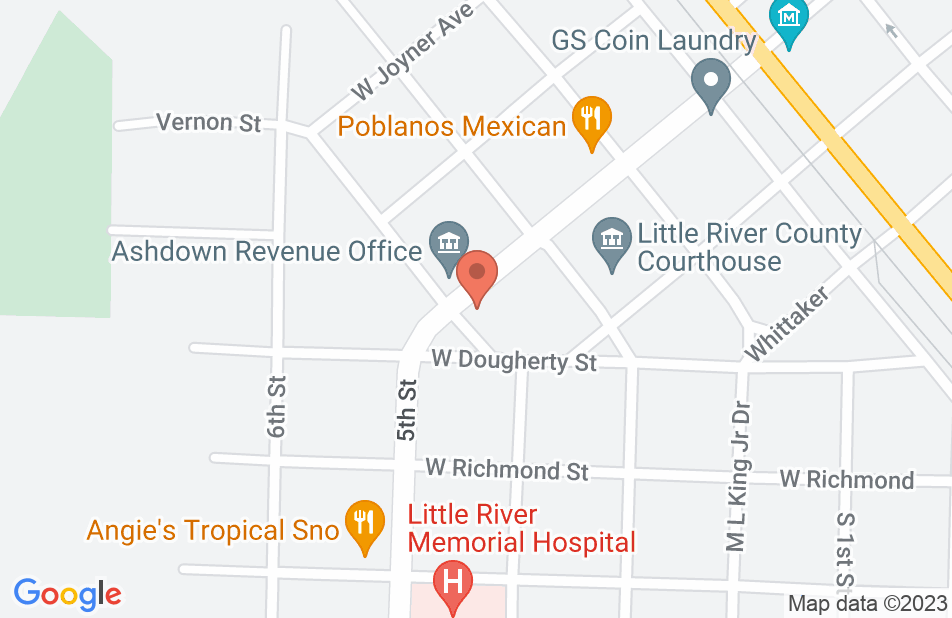 Lindsey is a top notch lawyer. She handled my situation with great finess. I am extremely satisfied with the outcomes. She know the law and is able to tell you how it is. She will not sugar coat anything. I will use her again without question.
This review is from a person who hired this attorney.
Hired attorney

Handled my estate transactions. Very knowledgeable and thorough.
This review is from a person who hired this attorney.
Hired attorney

She was very affordable competent and honest. No bull and always accessible.

Waste of time and money

She was hired to do a guardianship for my son, It has been 2 years and she still has done nothing. Do not waste your time. If you decide to use her, do not give her any money upfront.
This review is from a person who hired this attorney.
Hired attorney

After being paid, she has become impossible to contact. Doesn't answer phone. Doesn't answer emails. And it's not just a few days I've been trying to reach her about my case. It's been MONTHS, without a response. She was quick to take my money though!!
This review is from a person who hired this attorney.
Hired attorney