My passion is helping people navigate the labyrinth that is the modern legal landscape.  It is oft fraught with many dangers, dead-ends and pitfalls.  Among the dangers are shysters who would take advantage of the common man by charging him exorbitant sums for simple legal services or by convincing him of a legal duty, right, or “truth” that may or may not actually exist.  Unlike them, I am a straight-shooter that does not believe in double-talk.  I talk to all my clients as I would my own friends and family, taking care to explain the nuances of the law in order that they may make informed decisions.

I consider myself a counselor of the common man.  Like most of my clients, I have a very strong work ethic, and am willing to put in the time and attention that each case deserves.  I have little patience for the egos or pretentiousness all too common in the legal profession.  My motivation is not money, but the promotion of truth and justice.  Call me an idealist.  Call me your attorney.

I primarily serve clients in Saint Louis City, Saint Louis County, Saint Charles County, Jefferson County and Saint Genevieve County, although I am licensed in both Missouri and Kansas and willing to travel to any county or municipality in either state for the right case.  What is the right case?  The right case is the one where justice is being dammed by lies and falsehoods.  I take on a case to expose the lies and falsehoods by giving testimony to the truth, that justice may again flow freely and unimpeded.

I graduated from Washington University in St. Louis in 2004, earning a Bachelor of Arts (BA) degree with majors in English Literature and Political Science. During my undergraduate years, I founded and was President of Twain Marketing.  It was then that I first learned “the art of the deal.”  The parallels between business and law became manifest many years later when I took on my first legal role.  To wit, I realized that marketing a company is not all that different from representing a client.  Proper messaging is essential, and the necessity of tailoring that message to the appropriate audience cannot be understated.

After college, I served as an officer in the United States Air Force, attaining to the rank of Captain before (honorably) separating in 2012.  In 2007, I transitioned from active duty to the reserves that I might further my education.  I attended law school at the University of Kansas, and graduated in 2010 with a Doctor of Jurisprudence (JD) degree.

After passing the Missouri and Kansas bar exams and become licensed in both states, I began my legal career as a federal prosecutor.  I worked a one-year contract as a Special Assistant United States Attorney (SAUSA) for the U.S. Department of Justice / U.S. Attorney for the Western District of Missouri.  I was involved in the prosecution of several high-profile complex drug trafficking and conspiracy cases, as well as fraud and abuse cases.

Upon expiration of that yearlong contract, I opted to take a position in state prosecution.  In the ensuring four years, I worked as an Assistant Prosecuting Attorney (APA) for Greene County and then Saint Louis County, both in Missouri. During that time, I prosecuted nearly every crime under state law, taking many to jury trial.

I resigned as a prosecutor in 2015 after witnessing the corruption surrounding the Ferguson fiasco.  I decided to continue my legal education at Saint Louis University, specifically delving into medical malpractice.  In 2016, I received a Master of Laws (LL.M.) in Health Law degree from Saint Louis University, as well as a Master of Business Administration (MBA) degree from Washington University in St. Louis.  The latter I had been completing in the evenings while working full time as a prosecutor for Saint Louis County.  Having an MBA gives me a distinct advantage when it comes to corporate compliance, regulatory, and white collar defense cases.

Among the many practice areas in which I am schooled, I am most versed in criminal defense, medical malpractice and personal injury.  That said, I take cases with issues touching upon employment and labor law, as well as family law.  I will not, however, draft divorces.

I have the pleasure and privilege of serving on the board of directors of the Society of St. Vincent de Paul, and hold memberships in a number of associations, charities and foundations.  I proudly do pro bono work for any entity affiliated with the Archdiocese of St. Louis specifically, or the Catholic Church more generally. 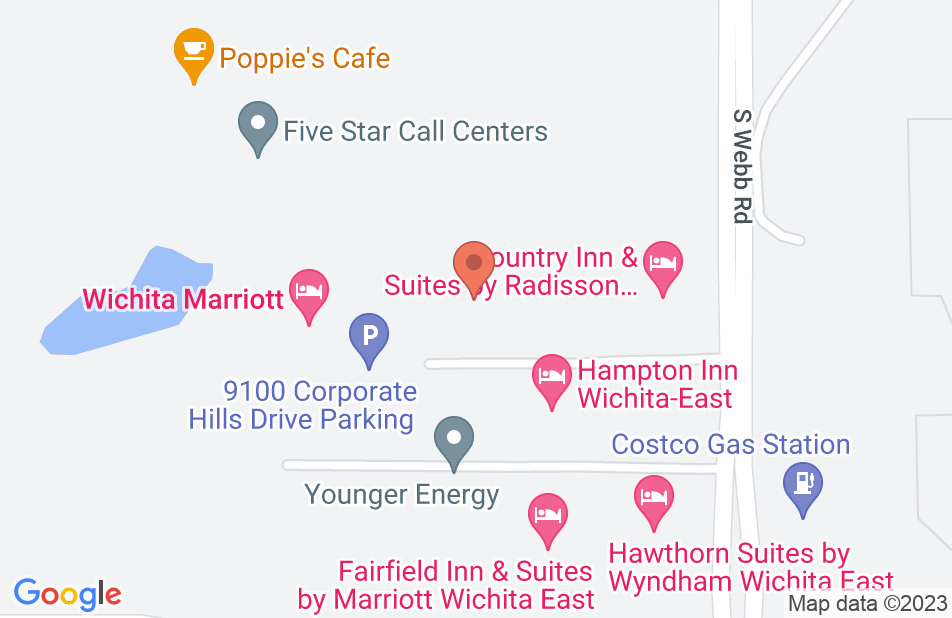 Not yet reviewed
Review Ryan McCarty