Aggressive defense when your freedom is on the line . Call now for a consultation 316-869-0035

For the past two decades I have practiced criminal defense in the Federal, State and Local courts of Kansas at the trial and appellate levels. I have defended clients charged with every variety of crime from municipal disorderly conduct to Federal wire/mail fraud and complex money laundering cases. My state court experience includes defending homicide cases, sexual offenses and other serious felonies.

State v. Rexroat, (99,432, Kan. Ct. App. November 21, 2008) (unpublished). Appellate Court’s affirmance of district court’s dismissal of charges based on the impermissible stacking in inchoate offenses (i.e. a defendant cannot be charged with an “Attempted Indecent Solicitation of a Child).

State v. Wade, Kansas (Kan. 95,649, July 13, 2007). Kansas Supreme Court's reversal of client's First Degree Murder Conviction and life sentence and ordering of a new trial due to trial court's erroneous amendment of the charges to conform with the defendant's testimony during trial. Supreme Court held this violated the defendant's rights of due process and prohibited him from preparing and presenting a defense.

State of Kansas v. Manbeck, Allen County Case No. 01 CR 302, trial counsel for defendant charged with Involuntary Manslaughter DUI. Argued the sentencing court could not enhance defendant's sentence as the language of the statute required a finding that the defendant was under the influence of alcohol and drugs at the time of the offense, and defendant was only found to be under the influence of alcohol or drugs at the time of the offense. Defendant's enhanced sentence reversed by the Kansas Court of Appeals in 31 Kan. App. 2d 618 (2003). Court of Appeals reversal affirmed by the Kansas Supreme Court in 277 Kan. 224 (2004).

State of Kansas v. Beaman, Allen County Case No. 01 CR 19, jury verdict of not guilty of aggravated assault with a firearm upon a law enforcement officer. Defendant's Motion to Dismiss kidnapping charge for lack of probable cause sustained following preliminary hearing.

State of Kansas v. Spellman, Crawford County Case No. 99 CR 490 G, Motion to Suppress 2.65 grams of methamphetamine granted based on deputies's illegal ruse entry into home. Entry followed Sheriff's deputy allowing defendant to believe her children had run away or been kidnapped, even though the deputy knew the children were safe at the Sheriff's Department. 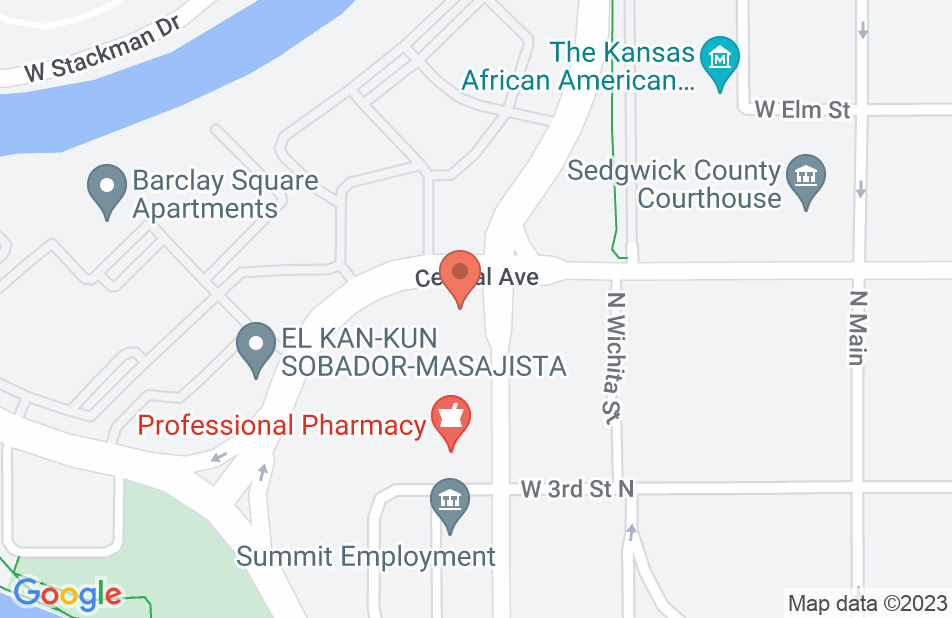 With my case difficult even as it was Mr. Pratt put in the time and effort to seek out every available option for me and he presented to me and made it very clear what would be best for me and then was able to advise me further when the time came to make the decision and help me to make difficult choices a lot easier.
This review is from a person who hired this attorney.
Hired attorney

James Pratt helped me on a felony charge

When I found out through a news article that I had to be in Federal Court the next week I got online and looked for attorneys in Wichita and found James Pratt. I called and visited with him and then went to office next day. He has helped me understand my case from beginning to end and did what he said he would.
This review is from a person who hired this attorney.
Hired attorney

We're waiting to hear the judge's decision on my case and even without knowing the outcome I feel good about hiring James Pratt. From the beginning something that stood out to me was the great response time and communication from Mr. Pratt. My previous lawyer was so difficult to get ahold of he never returned my calls in a timely fashion, but with Mr. Pratt the communication was prompt and clear. All of his emails were very direct and explained well so that I could understand them. He helped me along this whole stressful process every step of the way. When it came time for trial I could tell Mr. Pratt did his homework and paid close attention to all the details of my case. He spotted every important detail in all the evidence and used them to explain our side of the story. His court room demeanor was also excellent he had a good rapport with the judge & prosecutor. While the prosecutor was shuffling his papers reaching to come up with something trying to poke holes in my defense Mr. Pratt was calm and direct highlighting all of our points to the judge in a way that sounded indisputable. I was nervous before going to my first trial but once I saw Mr. Pratt in action I felt more and more calm as the trial went on. And again even though we're still waiting on a verdict I really do feel Mr. Pratt did his best effort in presenting our case and I already feel satisfied now no matter what the outcome. You can't control what the judge will ultimately do in the end but I feel better knowing a really good job was done.
This review is from a person who hired this attorney.
Hired attorney

Mr. Pratt was a lawyer for my son in a Federal case. As a mother, this has been one of the most devastating ordeals I have gone through, nothing in life prepares you for something like this. Mr. Pratt had been my son's lawyer for approximately 11 months before I was introduced to him. My connection with Mr. Pratt was only 2 months before my son's sentencing, in that scant few months, I came to know Mr. Pratt as someone I could trust and who was up front and honest with me, I felt completely at ease with him. He worked tirelessly on my son's case, and many times when I emailed questions or concerns to him, he would reply back to me, many times after what I know was much past his 9-5 work day. He went to see my son many times to go over his case with him, answer any questions my son would have and to counsel him on what he felt was best for him. My son may times relayed to me how kind Mr. Pratt was and how he was genuinely concerned for him and his case, he felt totally in good hands with Mr. Pratt as his attorney. Since my son's sentencing, I have contacted Mr. Pratt numerous times with questions or requests, his reply back to me is almost immediate and never has he made me feel that I am imposing or taking up his time, always very gracious. I must admit, I did not have contact with my son in the earlier months, this by my choice, when Mr. Pratt first contacted me, I still chose not to have contact with my son. Never once did Mr. Pratt pressure me into having contact with my son, but what he did make me realize through his kindness and compassion is that my son did indeed need family support. I cannot express what this has meant to me as well as my son. Mr Pratt. has assured me that I did raise a good family and that my son is a good person and has just lost his way and hopefully through much needed help and family support can find his way back. This advice shows me that not only is Mr. Pratt a good attorney, but a genuine, kind and compassionate person. I HIGHLY RECOMMEND Mr. Pratt, not only did he represent my son to the best of his ability, he helped me, as a mother, travel one of the hardest paths in ones life. Mr. Pratt went above and beyond my expectations and did a tremendous job!!!!
This review is from a person who hired this attorney.
Hired attorney

Fear and Grace in Kansas

Jim is a hard working advocate with genuine concern for my well being. He handled my case in an effective low key manner with no drama or theatrics. That's not to say Jim didn't get emotionally involved in his work. He was immediate, caring and assuring in his contacts with my family. I hired him because he was highly recommended and his credentials are impressive. The outcome of the case far exceeded my expectations. Jim and I remain friends and I am forever grateful for his part in the grace bestowed on me and my family.
This review is from a person who hired this attorney.
Hired attorney

I endorse this lawyer. Jim is aggressive, yet both prudent and pragmatic; further, he is unquestioningly knowledgeable and capable. I look very much forward to working with him again soon, in the near future.

Jim is a fantastic lawyer and a better person. You are in good hands with this guy.

Mr. Pratt is a consummate professional with whom I have had the opportunity to work on several cases. It has been my experience Mr. Pratt understands better than most the role he must play in all stages of criminal defense work. Far too often criminal defense attorneys only try to swoop in after charges are filed and the case is already pending. By that point the damage is often done. Mr. Pratt's work in pre-charging is exemplary. His preparation and mastery of the facts makes him effective and well respected by his peers. Without equivocation, I am happy to endorse Mr. Pratt.

I endorse this lawyer. James is one of the best criminal defense attorneys in Wichita, Kansas. He and I have worked several cases together, and I am always impressed by his knowledge of the case, and the law involved. He is very thorough in his trial preparation, and truly cares about his clients.

Jim is an outstanding criminal defense attorney who truly cares about the wellbeing of his clients. Jim's knowledge of criminal law and passion for protecting clients' rights are qualities any individual accused of a crime would value.

Jim is an talented and zealous attorney. He will provide the best defense available. I highly recommend him.

I endorse this lawyer. I had the honor of working with this lawyer in a very complex high profile white collar case. Jim and I both represented co-defendants in the case. The case was ultimately dismissed. I was impressed by Jim's unwavering belief in his client's innocence. He is truly an awesome attorney who cares about his clients!

Jim is an aggressive and innovative attorney. He can be counted on to provide the best defense available. I can reccomend clients in Wichita hire Jim with complete confidence that they will be treated fairly and defender with zeal.