Phil started his legal career working as an associate attorney at the defense litigation firm Watson Ess Marshall & Engass, where he practiced general litigation. Two years later he practiced law as an associate at Deacy & Deacy, LLP, where he later became a partner of the firm. During the three-plus decades he spent at Deacy & Deacy, Phil had many victories while practicing personal injuy defense and commercial litigation, in addition to a number of successful appellate cases.

In 2012, Phil moved to the plaintiff's side of the battlefield and joined the team at Kansas City Accident Injury Attorneys (KCAIA) as an Of Counsel attorney. Firm owner, James Roswold remarked, "His experience as a seasoned and skilled defense attorney has proven invaluable to the team, as we now have even more detailed insight into the other side's preparation of a civil case.

As a member of KCAIA, Phil now focuses his energy on obtaining fair and just compensation for seriously injured people throughout the Kansas City metro area. He prides himself on giving every case his personalized attention and knowing the details of each case inside and out, in order to provide the very best legal representation. 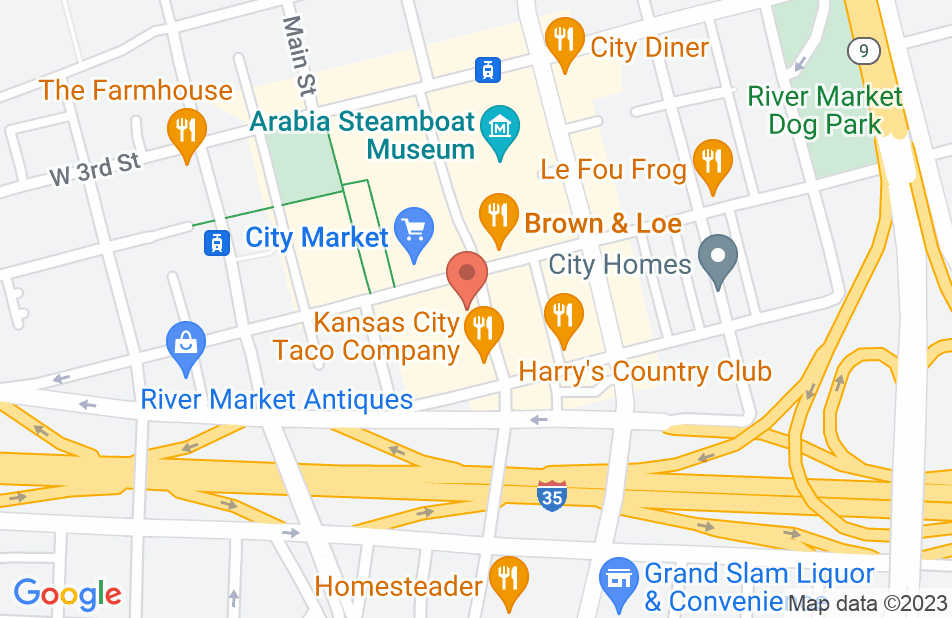 Phil Grubaugh provided me with sound legal case involving my case. I had many questions throughout the process and he took the time to answer them all in a way that I could understand clearly. His calm, yet determined manner, was reassuring as we dealt with the ups and downs of my case. His knowledge of the law and his interpretations were spot on. I would highly recommend Phil.
This review is from a person who hired this attorney.
Hired attorney

Phil has proven to be a very wise and personable lawyer. I've known many. Heck, I was even married to one once! When it came to delicate legal matters, I believe it was Phil's experience that allowed him to efficiently navigate the complications that arose. Others might have been stopped cold. He saw the challenges as opportunities and stayed positive throughout. This gave me great confidence that I was in good hands.

In my opinion, Phil Grubaugh is one of the finest attorneys in the Kansas City area. He is highly intelligent and dedicated to his work. I sense he obviously has a deep passion for the work he does. Phil is very knowledgeable about the practice. Any questions I have had for him are always answered and in great detail. Phil was great to work with, he has a great personality, and was always in good spirits. Anyone who works with Phil is sure to walk away with a smile. And he did a great job on my case. I highly recommend Phil Grubaugh and the entire team at Kansas City Accident Injury Attorneys.

Phil Grubaugh has been a lifelong mentor of mine. I worked for him in the early 1990's and ever since then have turned to him for advice regarding the most challenging legal issues in my practice. I can say without reservation that he is one of the greatest legal minds I have ever had the chance to work with. Just as importantly, he is a great friend and confidant. I wholeheartedly endorse him on every level.

Phil is a smart, generous person that is respected within the community. He represents his clients well and has an extraordinary legal mind.

Mr. Grubaugh has an excellent reputation in the legal community and works for an excellent law firm. I recommend him highly.

Phil is a compassionate advocate for those injured in Missouri in car accidents and other personal injury accidents. He has almost 40 years of experience and is dedicated to helping his clients.

I endorse this lawyer. He has a great reputation and is highly regarded by other lawyers in his community. He had been the mentor to another great lawyer in Kansas City. Brent Adams

Phillip Grubaugh is known for having an extraordinary legal mind and having the ability to get great client results quickly and efficiently. He has served as a respected mentor for attorneys in his field and is well liked by his clients.

I endorse Phillip. He is a highly skilled attorney that is well respected in the legal community.

After practicing law for over 30 years I know a serious accident or the death of a loved one can seem as if your world had come to an end. It is a time when you need the best advocate to see that your rights and future are protected. Phillip Grubaugh is the attorney you must put in your corner. With Mr. Grubaugh you come first – you can rest assured that you have a fine attorney with your critical interests as their only concern.

I endorse this lawyer. Mr. Grubaugh and the attorneys that he works with are an excellent group dedicated to informing and assisting their clients.

I am happy to endorse Phillip as an excellent car accident and injury attorney in Kansas City. His law firm is dedicated to helping injured victims in car accidents, and providing them with helpful information, BEFORE they even sign anything. His books are great to read (and free!), because he does a great job turning legal terminology into something understandable to the general public, and that is a quality hard to find in lawyers.

I have worked with Phil on some very complex personal injury and insurance coverage matters. I am always impressed by the vast amount of legal expertise that he brings to the conversation. When working with Phil it is immediately apparent that he possesses an unequaled amount of knowledge in the legal fields of personal injury and insurance coverage. On top of that, Phil’s ability to quickly and concisely analyze intricate legal matters and how they might affect the client’s situation makes working with him a true pleasure.

I endorse this lawyer. Phil is an excellent attorney. He has a strong grasp of legal issues and an incredible breadth of knowledge about personal injury law in Missouri and Kansas. He is thoughtful and incisive, and a pragmatic problem solver. Also he is an outstanding legal writer, whose analysis is clear and authoritative and his style persuasive and compelling. He is a dedicated and caring attorney who gives his best for his clients. I have enjoyed working with him on several cases.