Chicago disability lawyer Richard I. Feingold and his Social Security disability law firm have a quarter-century experience practicing law and helping disabled individuals acquire that ease the financial burden of their impairments.

Trying to navigate the disability claim process on your own is likely to be confusing, time-consuming and frustrating.Many people who attempt to apply for benefits on their own end up getting denied — even if they have a serious impairment eligible for significant disability benefits!

Chicago disability lawyer Feingold has the experience and understanding necessary to give your application the best chance possible of receiving an award of benefits. We give each and every case our personal attention and the time it needs to present a proper claim with the best of success. 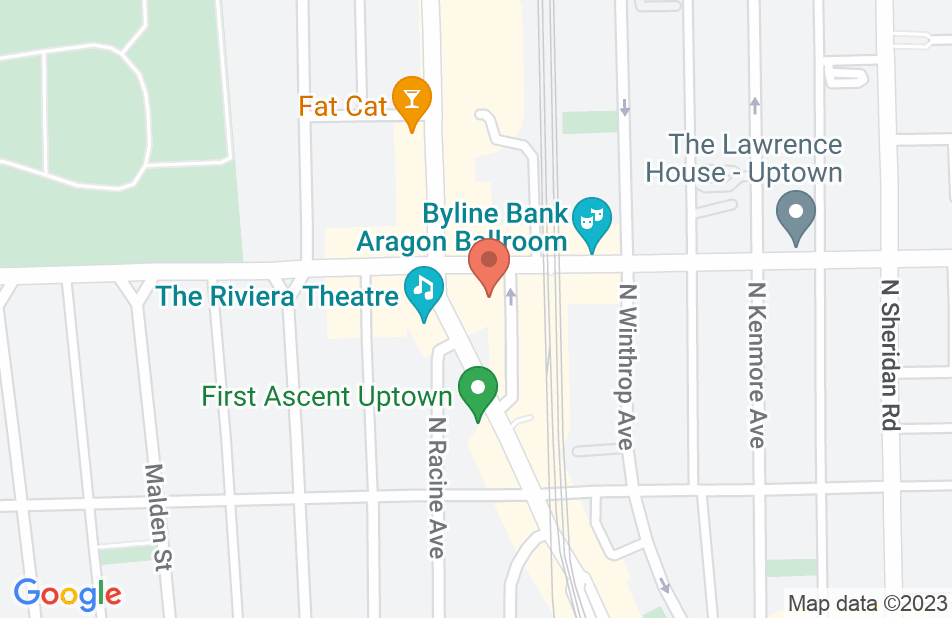 Excellent attorney, fought hard and with passion to win my case. I would use him again and also recommend him to others.
This review is from a person who hired this attorney.
Hired attorney

Pain 24/7, mostly bed ridden due to disability, no income but I never lost my faith in God and the instrument he worked through which was Attorney Richard Isaac Feingold who from beginning to end showed me that I was not just a case number but a human being always understanding that anyone could be in my situation to which he had sincere concern and empathy. What a caring, professional and great Attorney with a team which is second to none that were never to busy when it came to any questions or concerns I had during one of the most unsure time's in my life. When you need the best look no further than Attorney Richard Isaac Feingold and his team, simply the best. Thanks be to God and his instrument Mr. Richard Isaac Feingold.
This review is from a person who hired this attorney.
Hired attorney

Richard Feingold is an excellent Social Security Disability Attorney! He is a pleasure to work with and I found him to be very easy to talk to. He explains details in a clear, concise and informative manner. He’s also very patient and shows a lot of empathy and support; all qualities which helped make the process easier to navigate. I highly recommend Richard for your legal needs.
This review is from a person who hired this attorney.
Hired attorney

The first of all I want to say a big thanks to my lawyer Richard Isaac Feingold and his staff for their good and professional work with my Social Security disability case.Icontacted a few law offices before … Finally, I chose Richard Feingold …the way he greeted me made me feel like a very important client and took consideration for any conditions I had at the time. I am very grateful for their excellent job!
This review is from a person who hired this attorney.
Hired attorney

Would hire him again

Working with Richard helped me navigate the process related to my disability claim. He cut through a lot of paperwork, thus saving time. I definitely would not have been able to take this on with my disability. Not to mention, he’s friendly and easy to work with.
This review is from a person who hired this attorney.
Hired attorney

I was recommended to Richard by a Social Worker. When I first talk to Richard he was very polite and nice , someone you feel confident to talk to, Richard help me after 2 Denials from SSI, Good Attorney a Great Person.
This review is from a person who hired this attorney.
Hired attorney

I found Rich right on this very website. And per the other reviews here, I'm also extremely satisfied with the advocacy he did for my case. He is very dedicated to his clients. Rich always made sure to answer any questions I had. And, as my case required multiple hearings, Rick always thoroughly walked me through each what to expect. And although several hearings were required, Rich never made me feel like he was giving up on my case. If anything, he was even more dedicated in obtaining approval. I absolutely recommend Rich Feingold.
This review is from a person who hired this attorney.
Hired attorney

THE GEM OF LAWYER'S

I HAVE CHRONIC VENIOUS INSUFFICIENCY A SERIOUS BLOOD PROBLEM IN BOTH OF MY LEGS. I APPLIED FOR SSDI AND WAS DENIED. I FOUND RICHARD FEINGOLD ONLINE AND GAVE HIM A CALL. HE WAS AVAILABLE WHEN I CALLED BUT CALLED ME LATER. HE SHOWED COMPASSION AND CONCERN ABOUT MY PROBLEM. HE IMMEDIATELY ARRANGED US MEETING. DURING OUR MEETING HE HE LISTENED TOO MY CASE AND ASSURED ME MY CASE HAD GOOD MERIT AND HE OFFERED ME HIS REPRESENTATION. I ACCEPTED HIM AS MY LAWYER. RICHARD FEINGOLD IS AN EXCEPTIONAL LAWYER AND I HIGH RECOMMEND HIS EXPERTISE AND PROFESSIONALISM. (NOTE : ON 8-1-18 I WON MY CASE.
This review is from a person who hired this attorney.
Hired attorney

I contacted Mr. Feingold regarding a disability denial, and while we did not engage in services, Rich was incredibly prompt, detail oriented and directed me to other services that would be able to assist me. I would strongly recommend his firm to anyone with disability issues.
This review is from a potential client who consulted with this attorney.
Consulted attorney

After trying one time on my own to file & failing my Disability case, I decided to hire Mr. Feingold & Staff. I have dealt with attorneys on a contingency basis before, and I had bad experiences with them, so initially, I was a bit skeptical. Mr. Feingold was very sweet, patient, & honest with me since the beginning, and always reassured me that we could win the case. He is everything indicated in my Title line (above), but above all, he is someone you can trust; someone who is punctual and is unlike other "hyperactive" attorneys who only augment your stress anxiety, Mr. Feingold always makes you feel at ease. During the Hearing with the ALJ, I practically had to say nothing, Mr. Feingold took care of it all, and throughout the whole process Mr. Feingold explained everything going on. He was aware that I have an Associate's Degree in Paralegal studies, but he never insinuated or assumed that I should know everything taking place. Even when Mr. Feingold promised to call, he was right on target, and if running late, he would still call and would inform me as to when he was able to call. As I commented earlier, I've dealt with bad attorneys in the past, but Mr. Feingold is a "gem" to the field(s) of Law he practices, and if anyone considers hiring him, they can rest assured that if Mr. Feingold took the case, it's because he is extremely confident he will win. I highly recommend that anyone initially filing or struggling with a currently filed Disability case, to contact Atty Feingold and his staff to determine if he can take your case. Once you have met with Mr. Feingold, and he reassures you that your case has merit, rest assured that he will combine his knowledge, effort, and past experience, to win your case!
This review is from a person who hired this attorney.
Hired attorney
See all reviews

Rich is highly qualified in the practice area of Social Security disability law. With years of practice in this technical area of law, he has gained the knowledge and experience to assist his clients in obtaining successful results. He exhibits the utmost in integrity and compassion for his clients. If you are looking for an attorney to assist in this area of law, look no further.

I endorse this lawyer.. He practices the highest quality of law for his clients. He takes their claims seriously, developed them properly and gives every client the best possible representation.

I endorse this lawyer. Rich is a tireless and zealous advocate for the disabled.