A Debtor.  That is what debt collectors call you.  Debt collectors across the country call you a debtor with emotion in their voice.  Despite having any superiority to you they demand that you refer to them as either Mr. or Mrs X.  They will tell you that they want to work with you to resolve your debts; they are lying.  They will tell you that they understand your situation; they don’t.

How do I know?  I used to be a debt collector and I sat next to the same ones that are calling you now.

A Liar.  That is what debt collectors’ attorneys call you when they speak to me.  They instantly assume that you overextended yourself on purpose and that you somehow enjoy getting calls from unidentified numbers and having your voicemail box clogged with rude messages.  They claim that you planned to borrow money without the intention to pay it back and therefore you are dishonest.

How do I know?  I speak to their lawyers daily who defend their disgusting behavior while calling you names.

Fear.  That is how debt collectors get paid quicker.  They threaten you into making payments when they know you can’t afford them and they care less if their actions cause you to be homeless.  In fact, they encourage you to pay your credit cards before you pay your mortgage.  They know what buzz words to use and know exactly how to use those words as a weapon to coerce you into action that isn’t in your best interest.  They have “talk offs” – basically rebuttals rehearsed for every legitimate reason you have why your money went towards a more urgent expense rather than the bill they are calling you about.   For every legitimate reason you have these monsters have rehearsed the tone, content and delivery of their response.

Although I’ve heard thousands before, your story won’t become a number to me.  Yes, I’ve helped thousands of consumers fight back against collection agencies, but I will always remember your name.  I know how to stop debt collectors from harassing you because I used to be one.  Now, there is nothing I enjoy more than defending the little guy against these bottom-feeding creatures.

You’re probably wondering how a former debt collector who became a debt collection attorney is now one of the most recognized consumer advocates in the Country.  Well, that’s a longer story than we have time for here.  However, to make a long story short, one day in 2007, I realized that I hadn’t paid $100,000 for law school to wake up simply to go to work to make other people’s days worse.  The story of my exit that I often tell involves the day three files came across my desk around Thanksgiving.  The first file pertained to suing a local church for their unpaid bills.  The second file involved foreclosing on a homeless shelter that would require I displace hundreds of people into the shin deep snow.  The final file involved repossessing a car that I discovered its owner used to obtain medical treatment for her life threatening illness.  It was “that” day that I had an epiphany and realized I could no longer represent faceless debt collection companies.  I became disgusted and I quit.

I think the fact that you’ve taken so much time to read about me is pretty great.

My Client.  That is what I hope I get the opportunity to call you. 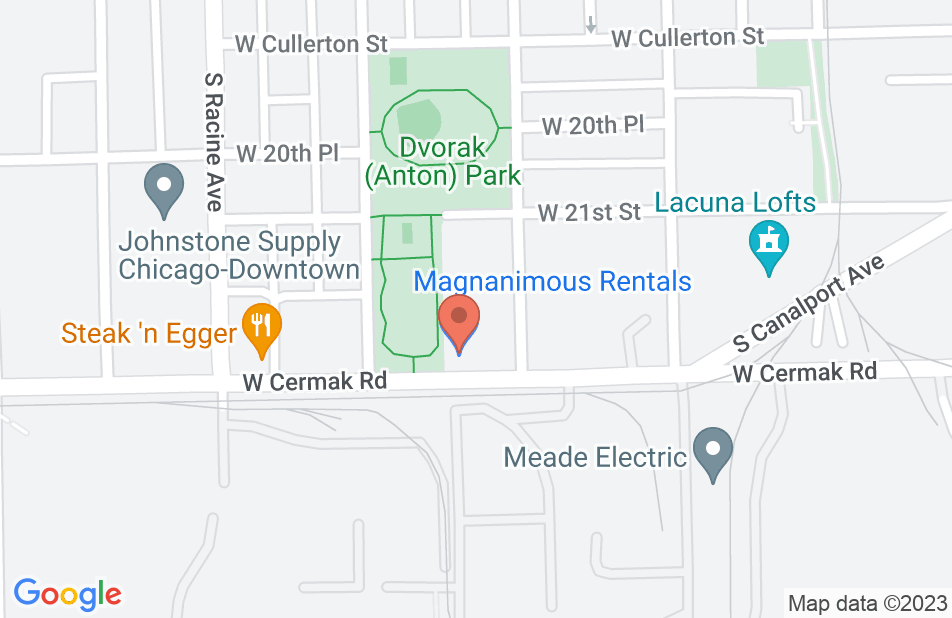 Mr. Hyslip exceeds expectations and runs laps around the standard attorney. My valid FDCPA case was handled in an effective and professional manner.
This review is from a person who hired this attorney.
Hired attorney

Ever made a bad credit decision? Try your best to fix it, but you are treated like a low life, threatened, harassed by having a debit collector call you non-stop? But also having them call random family members and humiliate you by sharing personal information? That was my situation two months ago. I complained online to a BBB site and was contacted by Jeffery Hyslip. From our first conversation Mr. Hyslip was my champion. Jeffery knows the fair debit collection laws inside and out. He walked me through what needed to happen, filed my case against the "company". He never over promised, but he over delivered. Not only did they stop calling me, he won my case. My debit was cleared off my record, and he even was able to negotiate a settlement for me. Mr. Hyslip was professional, always answered my questions and is pretty much a lawyer super hero in my eyes. You never want to be in a situation to need a debit lawyer, but if you are in that really bad situation and feel you have no hope, I highly recommend Hyslip Legal.
This review is from a person who hired this attorney.
Hired attorney

Well we won, so cant beat that!

From start to finish Jeffery was patient, professional, and understanding about things. When I was needed for parts and he could tell I wasn't quite confident he made sure to call and put me at ease. I am very satisfied with the outcome of our case.
This review is from a person who hired this attorney.
Hired attorney

Jeffrey Hyslip is a knowledgeable professional and an amazing person. He is very responsive too. He provided me with free legal advice to get the results I was expecting. I will recommend him to my friends and family.
This review is from a potential client who consulted with this attorney.
Consulted attorney
Jeffrey Hyslip's response: Thank you, Maureen! Glad I was able to help. Let me know if I can be of any additional assistance.

I never needed a lawyer until recently and I got in contact with Jeffrey Hyslip and I was scared at first. I always thought that I would have to pay a lot of money. Jeffrey assured me that it was free and I was sceptical at first. He said that he would look into it and get back with me on Monday (Memorial Day). I didn't think he would get ahold of me since it was a holiday, but to my surprise he had kept his word and got ahold of me. He gave me great information about the company and great advice on what to do. He again assured me it was free. Thought it was too good to be true.
This review is from a person who hired this attorney.
Hired attorney
Jeffrey Hyslip's response: Thanks, Corey! Let me know if I can be of any additional assistance!

Jeffery and his staff were helpful and responsive to all my questions and concerns. Demonstrating professionalism and personal attention to all details of my issues. He is a great lawyer that provided me with great results. Though it was not an overnight process, Jeffery negotiated diligently on my behalf even though it was tough fight he never gave up. Overall, it was a pleasant experience! I highly recommend Jeffery! Thank You Jeffery!!!!
This review is from a person who hired this attorney.
Hired attorney

Although my case took three years Jeffrey Hyslip got me thousands and I have never had a lawyer work for me for free. I have Jeffrey on speed dial. I wish he took more cases because I was in a car accident and I wasn't impressed with my options. Jeffrey Hyslip got the calls to stop and now I have money in the bank and the debt collectors got nothing. My credit report is even clean now! Thanks Jeffrey Hyslip. If you want a good lawyer I am more than pleased with Jeffrey Hyslip!
This review is from a person who hired this attorney.
Hired attorney

Jeffrey handled my case from start to finish seemlessly. The entire process can be stressful but Jeffrey portrayed confidence closed my case with complete success. Jeffrey has some of the best acumen and expertise that came to light during my case. Look no further for a world class leader and expert to represent you.
This review is from a person who hired this attorney.
Hired attorney

After being Harassed for Several Years by a Debt collector, Mr Hyslip was able to get an Extreemly Fair Outcome for me.. Thanks to Mr Hyslip , I no longer Dread those Harrassing Phone calls. All the Fees were paid by the Debt Collector and I Now Even have Christmas money for my Family which is A HUGE Blessing for Me. THANK YOU Mr Hyslip. I Appreciate you removing this Stress from my life and giving me some peace.
This review is from a person who hired this attorney.
Hired attorney

Stood Up For Me Against Debt Collector

I had a debt collector harassing me for a 16yr old debt that I wasn't even sure was mine. They didn't validate the debt and I repeatedly asked them not to contact me and sent a certified letter. When the woman on the phone ignorantly told me I need to learn to pay my bills, I knew it was time to get help. Lifetime Debt Solutions made it easy and best of all it was free. I contacted them and told them what was going on, emailed them copies of my correspondence, and they made the junk debt buyer pay ME. Vindication!
This review is from a person who hired this attorney.
Hired attorney
See all reviews

(27)
Are you an attorney? Endorse this lawyer

I have known Jeffrey for years, both as opposing counsel and as a consumer protection attorney. Regardless of which "side" you are on, he will treat you with respect, offer an intelligent and experienced legal perspective, and advocate to do what's right.

Mr. Hyslip is a well-respected Litigation / Debt Collection / Bankruptcy attorney. I would highly recommend him to anyone seeking a lawyer who truly cares about protecting the rights of clients and getting them the most favorable result possible. Mr. Hyslip is a terrific lawyer. I endorse Mr. Hyslip to anyone looking for a knowledgeable and experienced lawyer.

Jeffrey Scott Hyslip enthusiastically advises consumers throughout the United States about how to protect their legal rights and sue those that unlawfully harass them. He is a treasure and an inspiration to other attorneys, and I am proud to offer him my endorsement.

I endorse this lawyer. Mr. Hyslip shows a dedication in protecting ordinary people from the companies "too big to fail" who needed tax payer bailouts.

Mr. Hyslip's responses on Avvo are very insightful and helpful. He has a great understanding of the law. I endorse this lawyer without hesitation

I endorse Mr. Hyslip. He has a solid reputation on Avvo and shows genuine desire to help those in need.

Thomas McAvity, Bankruptcy and debt Attorney on Nov 25, 2012
Relationship: Worked together on matter

I endorse this lawyer. He is an extremely well regarded consumer lawyer who aggressively pursues abusive collectors for violations of the Fair Debt Collections Practices Act.

Mr. Hyslip is a qualified and competent practitioner in the areas of Bankruptcy and Debt Relief