Peter Francis Geraci was born and raised in Chicago.  He is the 4th generation of Illinois attorney in his family.  His great-great grandfather, Francis A. Hoffmann, was lieutenant governor of Illinois during the Civil War, and was one of the founders of the Republican Party, being a leader of the German immigrants in Illinois who staunchly opposed slavery.  Mr. Geraci's great-grandfather, Francis A. Hoffman, Jr., was corporation counsel of chicago in the 1880's, and his grandfather was a corporate attorney who received his B.A. from Knox College, and his J.D. from University of Michigan.  Mr. Geraci's sister is also an attorney.

Peter Francis Geraci is married to Holly B. (Wakefield) Geraci, with whom he attended Foreman High School on the northwest side of Chicago. Mr. and Mrs. Geraci are supporters of many charitable organizations, and Mrs. Geraci is currently serving on the Women's Board of the Lincoln Park Zoo, and on the board of the Loretto Hospital Foundation.

Mr. Geraci's law firm, the Law Offices of Peter Francis Geraci, was founded in 1977. It has evolved from a general practice firm, to a multi-state law firm concentrating in consumer bankruptcy with about 30 offices in Illinois, Indiana, Wisconsin and Michigan.

Peter Francis Geraci is a member of an affiliated firm, Geraci, Arreola and Hernandez, L.L.C. concentrates in serious injury cases, work injuries, construction injuries, trucking accidents, and other serious personal injuries, across the country. Mr. Geraci is an accomplished trial attorney.  His largest jury verdict to date is $6.5 million, awarded in DuPage County, Illinois, in 2003.  Before that time, there were no large medical malpractice verdicts in that county.  Mr. Geraci's case, on behalf of a disabled 11 year old injured at birth when his mother's care was neglected by hospital personnel, established that a properly prepared case medical malpractice case can receive a fair trial even in a staunchly conservative locale.  Since that time, there have been 3 other medical malpractice verdicts larger than this case in DuPage County.  The case was appealed by the defense, upheld in the Appellate and Supreme Courts of Illinois, and after exhausting appeals, the defendant paid the full verdict including every cent of interest, amounting to a recovery of over $8 million.  After costs of trial and appeal and attorneys' fees, which are low in many medical malpractice cases, the guardian of the estate of the minor had on deposit almost $6 million to provide for future care for the expected life of the young disabled man. 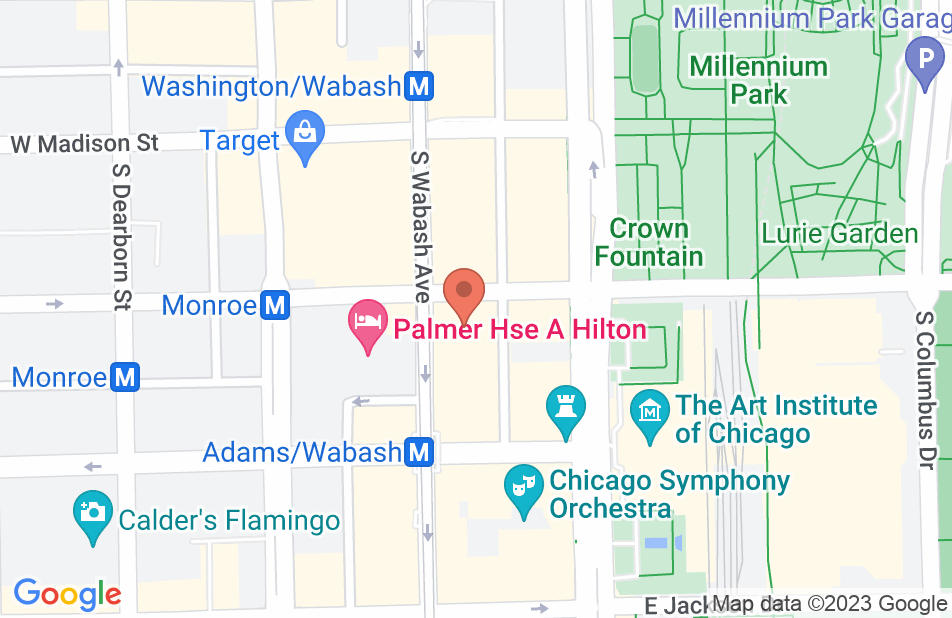 I was down to my last didn’t know what to do until my grandma referred me to Peter Francis Geraci and every since they helped me out with everything just wanna say thank you again for what you guys have done for me.
This review is from a person who hired this attorney.
Hired attorney

Attorney Hernandez with Geraci law is reliable and professional, great service.
This review is from a person who hired this attorney.
Hired attorney

Geraci law firm, especially Kristin in Joliet and her entire staff in Joliet office, treat you like a member of the family. They are 125% professional, thorough and incredibly accommodating in all regards. I mean every word. I could go 100%.
This review is from a person who hired this attorney.
Hired attorney

Marc was great from the beginning when I first met with him and went into the office. He explained everything. I was not ready to file yet and he followed up months later to help me get everything together. I did and everything was taken care of in a timely professional manner.
This review is from a person who hired this attorney.
Hired attorney

I worked with Ashley very knowledgeable and helpful I would most definitely recommend her again
This review is from a person who hired this attorney.
Hired attorney

Unfortunately in my life I've had to file bankruptcy more than once. I have been to another popular bankruptcy service and I felt like my issues were very unimportant and that they were not interested in the best for me. I returned to Peter F. (5 Star) Geraci. Here I have always felt that I was important and I wasn't frowned upon. The service is magnificent. I could actually talk to my attorney when I needed to. There were no long waits, my every question was answered. Peter F. Geraci! I recommend them and give them an overall satisfaction score of 10. Thank you Tarek it was a pleasurable experience working with you. Thank you so much for helping me!
This review is from a person who hired this attorney.
Hired attorney

I truly appreciate Ashley’s help throughout filing this case. Her attention to detail when she explained the process was phenomenal.
This review is from a person who hired this attorney.
Hired attorney

The Commercials are True

The commercial is true! "Its like going to the dentist...". I was hesitant about filing a case but I instantly felt better after meeting with Attorney Suchy and Madlock. They were very friendly, knowledgeable, and made me feel comfortable.
This review is from a person who hired this attorney.
Hired attorney

I had a great experience with Geraci law when I filed my chapter 7 bankruptcy. Attorney Madlock was prompt, courteous and professional. I recommend this firm to anyone in need of a fresh start.
This review is from a person who hired this attorney.
Hired attorney

Attorneys Madlock and Suchy are very professional. I was impressed by how they took their time to thoroughly explain, answer all my questions and get my chapter 13 filed in less than 24 hours.
This review is from a person who hired this attorney.
Hired attorney
See all reviews

Jefferey Katz, Bankruptcy and debt Attorney on Feb 11, 2016
Relationship: Worked together on matter

In a city full of lawyers, Peter Francis Geraci is one of the best I have ever had the pleasure of working with on both bankruptcy and litigation matters. What sets Peter apart from the rest is his tireless devotion to doing justice. Peter's ethics and morals set him apart from every other lawyer I have ever met. When he sees an injustice or decides to correct a situation that is unjust, unethical or wrong, Peter devotes himself like no other lawyer to correct that wrong.

I full endorse Mr. Geraci. His passion for superb service and attorney excellence is uncompromising and inspiring.

Mr. Geraci is one of the most knowledgeable, passionate, legally minded individuals I have ever known. He is a wonderful mentor and teacher and I have learned a great deal as an employee of his for nearly 5 years.

Mr. Geraci is a true expert in the field of bankruptcy. He has devoted the past 40 years to helping hundreds of thousands of people deal with their debt problems. I endorse this lawyer.

Mr. Geraci is an excellent knowledgeable attorney and an expert in consumer bankruptcy matters. He is constantly looking out for his clients to ensure that their bankruptcy experience is of the highest quality. Mr. Geraci also shares his vast knowledge of bankruptcy law with his employees. I endorse this attorney for anyone that needs to get out of debt, rebuild their credit, and take control of their financial future.

I endorse this lawyer. He has unparalleled hands on experience and knowledge of the law.

I endorse this lawyer. I have had the pleasure of working for Mr. Geraci for nearly 6 years. He is a truly gifted man and is committed to his clients.

I endorse this lawyer. You will not find a more passionate and knowledgeable attorney to deal with in the field of bankruptcy law.

I endorse this lawyer. Mr. Geraci has been committed to helping honest people deal with their debt for almost 40 years. He has an exceptionally sharp legal mind and makes sure that his employees keep up with the latest developments in the law - all to better serve their clients.

I endorse this lawyer. Mr. Geraci and his team are committed and experienced consumer bankruptcy attorneys.

I endorse this lawyer. He is a fantastic and driven attorney who had helped hundreds of thousands of people with their personal finances!

I endorse this lawyer. I would recommend Mr. Geraci to anyone who is seeking bankruptcy relief. Mr. Geraci is the most prominent bankruptcy attorney in the country and is committed to obtaining the best possible outcome for his clients.

One of the finest, if not the finest, bankruptcy and personal injury attorneys in the country.

Geraci Law has been around for decades for a reason. He's the only high-quality high-volume practice in the area. Other firms come and go with the wind, but this is the guy and the firm that you know will still be here to help you 5, 10, 15 years down the road. With any other bankruptcy lawyer, there's a good chance that if you call 5 years from now needing assistance, you'll get a disconnected phone line. He's the only one doing this the right way.

The most knowledgeable and caring attorney I have ever worked with.

I endorse this lawyer. Peter Francis Geraci is synonymous with bankruptcy in Illinois, Indiana and Wisconsin for good reason.

Mr. Geraci has over 30 years of experience in consumer bankruptcy and remains actively engaged in his firm and community. I fully endorse Mr. Geraci.

I endorse this lawyer. I have worked for Mr. Geraci for the past 3 years and can says without hesitation: this is the man to see for Chapter 7 or Chapter 13 Bankruptcy.