Even at the start of her family law career in 1995 as a fierce litigator at a well-known matrimonial firm in Chicago, deep down Nanette knew she would be most effective at helping families if she led her own firm. Realizing that goal eight years later, she founded what today is Griffin McCarthy & Rice LLP - a highly respected boutique divorce practice in Chicago.

Since then, Nanette has been appointed by the Cook County Court to act as a child's representative and guardian ad litem in custody and visitation proceedings and engages in continuous training to maintain this qualification. She has extensive experience working on cases with complex custody issues, including cases with special needs children, mental health issues and international removal. While Nanette works with clients in alternative dispute resolution settings such as collaborative divorce and mediation, the bulk of her work is in traditional litigation.

Prior to practicing law, Nanette obtained her B.S.B.A. from Lawrence Technological University and her Juris Doctor from DePaul University School of Law in Chicago. Her undergraduate studies focused on accounting and finances, providing strong financial acumen that is critical in the handling of high net-worth divorces. She also received training in negotiation at the Harvard Law School Program on Negotiation, which has framed her entire approach to the practice of law.

Nanette is viewed as a leading voice among matrimonial lawyers and has been invited to speak at numerous engagements on the topic. She has also written many briefs for the Appellate Court of Illinois and authored multiple articles on family law topics including one that was published in the ISBA Family Law Newsletter regarding non-customary parentage law cases. 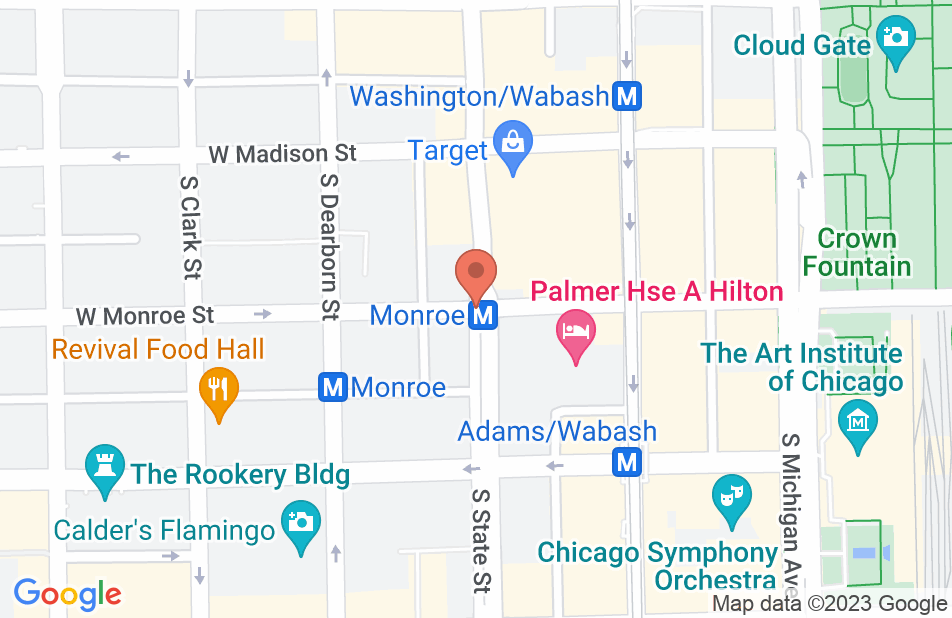 I worked with Molly and Nanette at their practice during my 2018 divorce. I had original hired another lawyer and quickly realized I needed to change to get a fair deal. Divorce is hard and I'm still salty about the financial outcome, but it was a best case scenario situation with my ex who was asking for a a lot. I really felt heard while working with them.
This review is from a person who hired this attorney.
Hired attorney

A knowledgeable and experienced attorney

It is with the highest regard that I recommend Nanette McCarthy of Griffin, McCarthy and Rice LLP. Nanette represented me in my 2018 divorce. Her expertise and experience in family law and her determination to achieve a fair outcome were apparent when navigating through the challenges of my divorce. The longevity of my marriage and a complicated financial situation made settlement negotiations difficult. Nanette and her associate, Lisa Cervone, displayed tremendous analytical skill and tenacity necessary to maneuver through a web of financial complexities. Nanette’s guidance during the arduous process of property division helped to keep us moving forward. Any contention or road blocks were met with logic, pertinent information and a calm professional demeanor. Nanette made herself available for communication, kept me aware of all correspondence or documents, involving me in all decisions. Nanette is clearly a knowledgeable and well prepared attorney. I always felt that she and her associates were committed to my best interests during an extremely difficult, life changing event. She is dedicated to her clients while maintaining the highest regard for the law.
This review is from a person who hired this attorney.
Hired attorney

Professional, caring attorney that will protect your rights

My divorce came out of nowhere and it turned out my (x)spouse had planned this for years. The divorce started out simple enough with each of us having what I would say are nice lawyers. Suddenly, my spouse changed gears, fired her lawyer and went with another lawyer who had no problem instilling hate and high hopes to my spouse of what could happen if we really go after this 'guy.' I immediately realized that this is going to be a contentious, hate filled journey. To protect myself and my children I sought new attorneys that could handle the onslaught of legal action coming at me. My cousin is an attorney to whom I asked if he could recommend a top divorce attorney. He mentioned Nanette McCarthy as someone I should consider. After contacting Nanette and giving a brief description of what had happened thus far, she scheduled a meeting between us early the next morning. We immediately went to the business of protecting my rights. There were such low points in this ordeal and looking back I'm so happy that I went through it with Nanette's firm. Throughout the near 4 year ordeal Nanette and her wonderful associates could not have handled the case in a more professional, caring, yet aggressive manner. Constantly faced with harsh opposition, my attorneys kept a steady forward push to maintain and enforce my rights. Having the proper attorney during this major life changing time is so very important. From the parenting agreement to the splitting of assets, you will not find a better firm to represent your rights during this extremely complicated, emotional, delicate and exhausting process.
This review is from a person who hired this attorney.
Hired attorney

Larry Goldsmith, Divorce and separation Attorney on Feb 8, 2015
Relationship: Worked together on matter

I endorse this lawyer. In divorce the ability to negotiate and compromise is an important skill. Nanette has this valuable skill, she is able to create maximum results. she is a reasonable voice for her clients