Peter Wachowski is a well-rounded lawyer who takes great pride in his work and has a passion for helping people in need. He is constantly looking for ways to improve, and won’t stand for complacency. Peter is well educated and versed in his field, and as a result, he is able to help a wide array of clients with varying needs. He is very hard working, and is always going the extra mile to get the absolute best result for the client, even if that means investing more time and money into a case. He works to have satisfied clients, and a better community as a result. Peter is a tremendous lawyer whose accomplishments speak for themselves. He has received many awards in his field, as well as settled many large multi-million dollar cases.  Peter is the great lawyer you need to get you the justice you deserve.

Peter Wachowski, a principal in the Park Ridge Law firm Bellas & Wachowski, distinguishes himself as one of Chicago’s most powerful lawyers in his ability to influence in his professional community and express generous sensitivity to clients’ needs. Recognized by the Chicago Daily Bulletin in 2000 as “one of 40 Lawyers under 40 to watch,” Peter has established himself as a superb litigator and a zealous advocate of his clients who concentrates in the areas of Personal Injury, Worker’s Compensation and Civil Litigation. Dedicated to his legal vocation, he successfully counsels and eagerly fights for survivors and families affected by serious personal injuries arising from motor vehicle collisions, products liability, medical malpractice, premises liability, and construction accidents.

Peter takes pride in helping a wide array of clients and believes that being an excellent lawyer means more than winning a big verdict. Despite his impressive and proven track record of securing major settlements and verdicts for his clients, Peter’s main hope is that his versatile, top-notch legal expertise and impeccable professional integrity contribute to the prestige of the legal profession and make his community a better place to live.

Peter graduated from Loyola University with a Bachelor of Science in Psychology in 1987. He received his Juris Doctor degree from John Marshall Law School in 1990. Admitted to the bar the same year, he has been engaged in trial practice ever since. Peter’s tenacity and solid legal skills quickly brought him an amazing success rate in the courtroom, making him one of the most sought-after plaintiff’s attorneys in the area. Peter has handled numerous cases, including many jury trials, where he obtained six-figure verdicts and settlements. For example, in 2006-2007 he was involved in the litigation and $990,000 settlement of a case involving the shooting and killing of a young African-American man by a police officer in Lake Station, Indiana, which occurred when the man, who was walking down the middle of the street, did not get out of the street when told to by the officer; in 2005, he was involved in the litigation and settlement of a $2.9 million medical malpractice case wherein a doctor decided to shut-off heart monitors during surgery because they were annoying and caused the death of a Polish man; and in 2004 , he settled a construction accident involving a Polish man for $950,000 wherein the worker fell from a ladder and suffered permanent injuries. Additionally, he has successfully appealed numerous cases to the Appellate Courts of Illinois. Peter also won a case before the Supreme Court of Illinois, raising challenging legal issues and furthering the profession’s commitment to the rule of law and concept of justice. His outstanding analytical and interpersonal skills as well as his affable nature and personal rectitude make him a formidable courtroom opponent and a highly respected colleague.

However, Peter is more than a top-notch litigator. Despite his busy schedule, Peter always reaches outside the profession to help through community service, furthering the ideals of justice and the law outside the courtroom. In 2000, he received a lifetime membership in The National Registry of Who’s Who, a highly recognized biographical publication for professionals, which accepts only those who have made a measurable contribution to their profession and community. From 2001-2006, Peter has served as a member of the Illinois State Bar Association’s Standing Committee for Judicial Evaluations for Cook County, helping to evaluate judicial candidates and provide input to the public and judiciary. Peter is also an active member of the Illinois and Chicago Bar Associations, proving his commitment to serving clients in the Chicago area. In addition, in the past few years Peter made Bar News, a highly respected publication of the Illinois State Bar Association, which reported several times on his service as the President of the Advocates Society, an Illinois organization of Polish-American Attorneys that has existed since1931.

In addition to his excellent credentials, outstanding litigation skills, and genuine commitment to his community, Peter owes his success to his exceptionally caring and professional approach to his clients. Devoted to treating clients’ needs as his number-one priority, he approaches every case with the utmost seriousness and diligence. Peter, whose last name originates from the German “wach” (to “be awake”), likes to think of himself as a watchman who always guards and protects his clients’ rights.

Peter has developed numerous unique processes of handling cases that ensure that each client is always well informed and represented by a truly outstanding attorney. Throughout the entire process Peter always keeps his word, promptly returns clients’ phone-calls, meets all deadlines, works in a systematic and efficient manner, and screens prospective clients to ensure that each case receives his full attention. He does not tolerate being irresponsive to clients’ needs or wasting their time by “reinventing the wheel” every time. Peter requires that clients live by the same rules he demands of himself and his office staff. Peter believes that there is nothing worse than a disrespectful and arrogant attorney or staff member.

Despite his tremendous professional success, Peter never loses his desire to constantly grow in his vocation. His creative vision and professional vitality ensure that he will never stagnate, approaching his cases with perfunctory routine. Instead, he uses his exceptional skills and experiences to advocate for vulnerable victims, approaching each case with fresh energy and an unwavering commitment to improve his clients’ situation. No matter how much he has already accomplished, Peter always thinks for the future. Traveling the world, becoming a political leader in his community, and systematizing his office to serve his clients even more effectively are all important goals in his life and given Peter’s assiduousness and persistence, it is likely he will reach all of those and more. One thing is certain: Peter constantly works hard on remaining a first-rate advocate.

Peter is fluent in Polish and fully committed to helping Poles and his fellow Polish-Americans. In his practice, he often fights for blue-collar workers and people who often do not speak English and are non-citizens. He has served as the President of the Advocates Society, an organization that has existed since 1931, and marches in the Polish Constitution Day parade in Chicago, showing his solidarity with the Polish Nation. Peter also participated in many law fairs, voluntarily answering questions about important legal matters concerning the Polish community. In the future Peter hopes to establish a political organization that would support the rights and needs of Poles in Chicago.

It is also Peter’s dream to start an educational Fund. The way that the Fund would work is as follows: A certain amount of money would be donated to begin the Fund. The Fund would be used to educate children of Polish Ancestry. 90% of the profit generated from the investment would be awarded as scholarship. 10% would remain with the original donated amount. The amount remaining would consequently grow each year. Someday Peter envisions that every single Polish person in the world could be educated from the Fund. This is quite a dream. However, Peter believes that if we stop dreaming we stop growing. If we stop growing, we die. 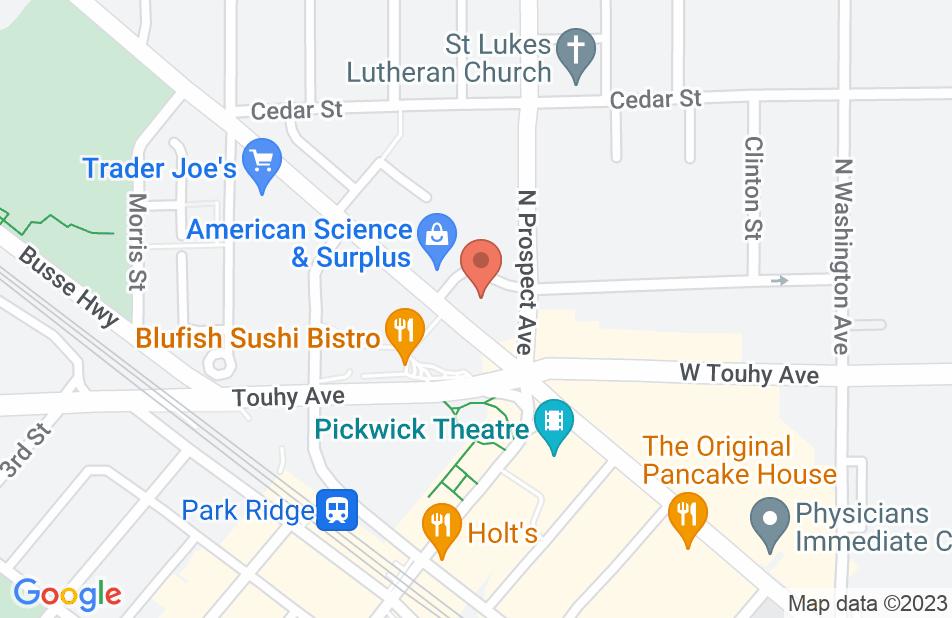 Mr. Wachowski and his assistant Gosia helped me tremendously with a personal injury case. From our first meeting on, both were professional, easy to speak with and to get in touch with. If I had a question about anything with my case they would respond almost immediately. I highly recommend them to anyone who is looking for excellent results!
This review is from a person who hired this attorney.
Hired attorney

Do not hesitate or wait to meet Peter! He was a tremendous help with resolving my personal injury case. Very knowledgeable and thorough, got my fiancé and I a great settlement. You will not be disappointed!
This review is from a person who hired this attorney.
Hired attorney
Peter Wachowski's response: Thank you for taking the time to give a review, Jakub. Your feedback is appreciated!

Peter did great with my DUI matter in cook county. I was very satisfied with my results. If you want to have less stress and be able to trust someone during your difficult time, I would highly recommend Peter.
This review is from a person who hired this attorney.
Hired attorney
Peter Wachowski's response: Thank you for taking the time to give a review, your feedback is appreciated!

All of my questions were answered and a detailed plan was provided to resolve my issue. I appreciate Mr. Wachowski's professionalism and knowledge on the matter.

William Murakowski, Bankruptcy and debt Attorney on May 15, 2018
Relationship: Fellow lawyer in community

I endorse this lawyer. Peter is an experienced litigator who is always prepared and ready to handle the most complex cases. He is knowledgeable and well versed in the law. I highly recommend him.

I have know Peter Wachowski for approximately 17 years. While he and I practice in different areas of law, I have referred several of my own clients to him for matters pertaining to personal injury and workers compensation. Mr. Wachowski is honest and direct, and is a tremendous advocate for his clients. I endorse him enthusiastically and without reservation.

I endorse this lawyer. Peter gives his clients 110% and always does everything within his power to achieve the best possible outcome for his clients. He puts the client first and works tirelessly in their best interest. He gets amazing settlement results and is able to negotiate a client's medical bills to put the biggest settlement amount in the client's pocket.

Peter places the best interests of his clients above all other concerns. Peter is professional in every respect of the word. I have watched his development in the practice and how he has honed his skills and knowledge of the law and has become one of the leaders of his community.

I endorse this lawyer. Peter loves the courtroom and is a fierce competitor without demeaning or belittling his opponent. Peter is a passionate advocate for his clients and is always thinking and analyzing about ways to gain an advantage for his clients. He stays on the cutting edge of technology and the legal profession. He is a dedicated attorney who is still able to maintain a balance in life.

Peter is one of the brightest, experienced and diligent attorneys in the personal injury area. His hard work ethic and his aggressive advocacy for his clients' rights make him stand head above the rest of his peers.